UFC predictions, picks and best bets for UFC on ESPN 24 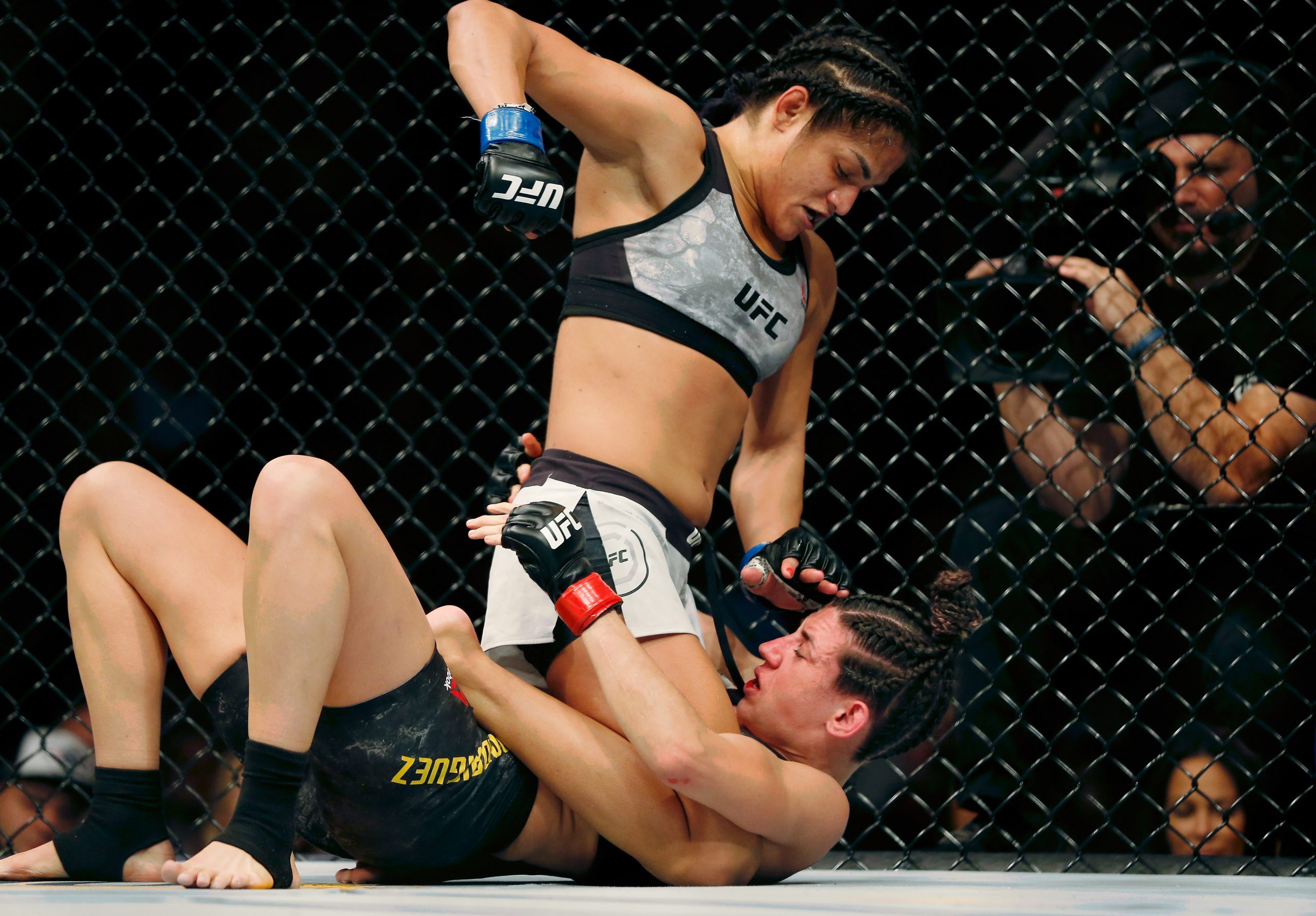 We are back in Las Vegas at the UFC Apex for UFC on ESPN 24. This weeks card will feature a Women’s Flyweight fight as the Main Event.

We’ll share our UFC on ESPN 24 best bets here but head over to our main UFC on ESPN 24 predictions homepage if you want picks for every fight on the main and preliminary card. Please gamble responsibly when following our MMA picks and predictions.

Rodriguez is certainly the better striker and even though she won her last fight by finish, I think she will have a tougher time finishing Michelle Waterson. Rodriguez has a solid enough takedown defense and is the bigger fighter, so I would look for Rodriguez to win this fight on the cards.

Donald Cerrone comes into this fight with an MMA record of 36-15. Cerrone is averaging 4.43 significant strikes per minute and landing them with an accuracy of 46 percent. He is absorbing 4.46 strikes and has a striking defense of 53 percent. His grappling has been decent, averaging 1.19 takedowns per every 15 minutes. He also is averaging 1.2 submission attempts during the same time period. Though his takedown accuracy sits at just 33 percent, his takedown defense is much stronger at 73 percent.

While it is true that Cerrone has not had many good results recently, this is a fight he can win. He has the advantage on the ground and Alex Morono is coming in on short notice. Having not had a full training camp, I like Cerrone to win, but will back him to win by decision since Morono rarely has been knocked out.

Ludovit Klein comes into this fight 1-0 in the UFC. He beat Shane Young in his debut by KO/TKO back in September of 2020. Klein is averaging 7.11 significant strikes per minute, landing them with an accuracy of 69 percent. He is absorbing 3.16 strikes and has a striking defense of 42 percent. Klein has not shown his grappling skill in the UFC yet, but has eight career wins by submission. He has a total of 16 wins by finish, so backing him to win by finish is going to be my play here.

Tafon Nchukwi comes into this fight with an MMA record of 5-0. He is 2-0 in the UFC, winning his official UFC debut by unanimous decision against Jaime Picketts. This was back in December of 2020. Nchukwi is averaging 7.59 significant strikes per minute and landing them 55 percent of the time. He is absorbing 4.31 strikes and has a striking defense of 52 percent. It is fair to say that Nchukwi has looked very impressive through two UFC fights, so I am going to back him here. I believe his striking will be the difference and his solid takedown defense of 75 percent will keep this fight standing.