UFC predictions, picks and best bets for UFC on ESPN 27 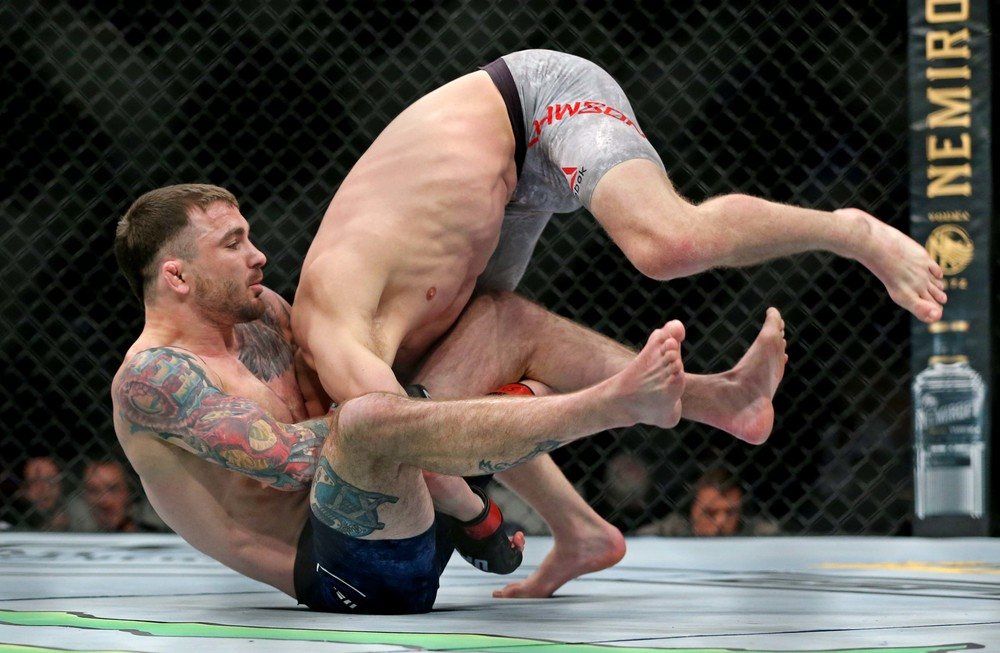 Matthew has been with Pickswise for a while now, covering a wide variety of sports. His main passions are college football and UFC, and those are the sports he has covered the most. Matthew uses a variety of methods to handicap games, including stats, trends, injuries, and situational factors. His goal is to consistently give out winners and will put in the research to try and achieve this.
@Sixfigurematt
Updated: 12:38 PM ET July 23, 2021

UFC on ESPN 27 takes place on Saturday at the UFC Apex in Las Vegas, Nevada. The card will feature a bantamweight fight as the main event.

We’ll share our UFC on ESPN 27 best bets here but head over to our main UFC on ESPN 27 predictions page for picks for every fight on the main and preliminary card. Please gamble responsibly when following our MMA picks and predictions.

Kyler Phillips comes into this fight 4-0 in the UFC and has started to make some noise in this division. His most recent fight was a unanimous decision over Song Yadong in March. He is averaging 5.32 significant strikes per minute and has a striking accuracy of 46 percent. He is absorbing 3.04 strikes and has a striking defense of 61 percent. His grappling is also excellent, averaging 2.88 takedowns per every 15 minutes. To go along with that, Phillips has a takedown accuracy of 63 percent and a takedown defense of 71 percent.

I like Phillips a lot in this fight; however, his money line is far too high to play by itself. Phillips has won two of his four UFC fights by decision and Raulian Paiva has lost only once in the UFC by a finish. I believe Phillips is going to try to use his superior grappling to control this fight and will be backing him to win on the judges’ scorecards.

Darren Elkins comes into this fight 15-8 in the UFC, most recently beating Eduardo Garagorri by submission in November 2020. That win snapped a four-fight losing streak for Elkins. He is averaging 3.50 significant strikes per minute and has a striking accuracy of 38 percent. Elkins is absorbing 3.08 strikes and has a striking defense of 52 percent. His grappling has been on his better areas in his career, averaging 2.70 takedowns per every 15 minutes and 1.2 submission attempts during the same time period.

Darrick Minner comes into this fight just 2-2 in the UFC, but has won two fights in a row. Like his opponent, Minner loves to grapple. He is averaging 3.00 takedowns per every 15 minutes and 3.6 submission attempts during the same time period. On top of that, he has a takedown accuracy of 62 percent and a takedown defense of 60 percent.

This fight looks to be very close, especially with both guys loving to grapple. Three of Minner’s four UFC fights have ended inside the distance (all submissions) and Elkins last win ended in submission as well. We are set to see a grappling war so because either guy can force a tap-out, back this fight to end inside the distance.

Miranda Maverick comes into this fight 2-0 in the UFC, most recently beating Gillian Robertson by unanimous decision in March. Maverick is averaging 6.00 significant strikes per minute and has a striking accuracy of 48 percent. She is absorbing 2.85 strikes and has a striking defense of 61 percent. Her grappling has also been elite, averaging 2.25 takedowns per every 15 minutes. Maverick has a takedown accuracy of 75 percent and a takedown defense of 50 percent through two fights in the UFC.

While both ladies have been impressive so far in the promotion, Maverick looks to be a little more balanced. Maycee Barber certainly has the power to win this fight inside the distance, but the grappling advantage for Maverick is the reason I like her to win this fight.