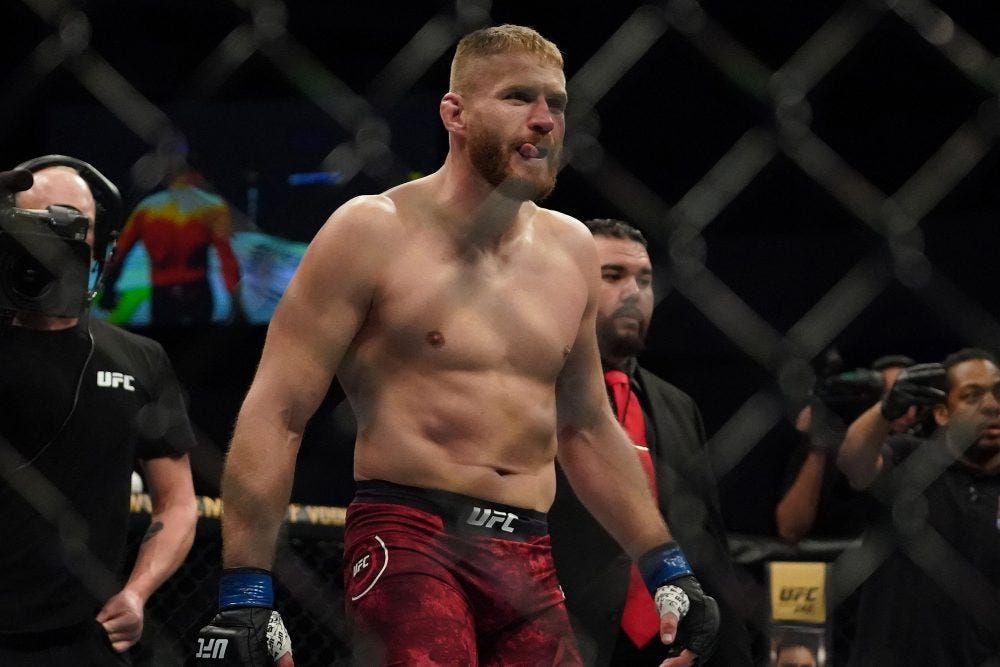 Matthew has been with Pickswise for a while now, covering a wide variety of sports. His main passions are college football and UFC, and those are the sports he has covered the most. Matthew uses a variety of methods to handicap games, including stats, trends, injuries, and situational factors. His goal is to consistently give out winners and will put in the research to try and achieve this.
@Sixfigurematt
Updated: 5:18 AM ET September 26, 2020

This week the Main Event at UFC 253 will feature a Middleweight title fight and an Interim title fight in the Light Heavyweight division. There are some huge favorites among this event, so looking for a parlay could be the best way to find the most value.

Here is our favorite three-fight parlay that pays at odds of +355. Be sure to check out the rest of our UFC 253 predictions for the full 11-fight card.

Juan Espino looks to be an extremely promising prospect, starting his MMA career 10-1 and 1-0 in the UFC. He has not fought in the Octagon since November of 2018. Espino is still averaging 6.11 significant strikes per minute at an insane accuracy of 95%. He also absorbs just 1.11 strikes per minute. As good as his striking is, his grappling might be better. Espino is averaging 8.33 takedowns per every 15 minutes at an accuracy of 100%. He also averages 8.3 submission attempts during the same time period.

Hughes could be in trouble if he does not get back on track soon. He is 10-3 in the MMA, but 0-2 in the UFC. Hughes is averaging 4.34 strikes per minute, but landing them at just 51%. He absorbs 3.77 strikes, so much more than Espino. His grappling game is not as defined, averaging just 0.78 takedowns per every 15 minutes.

Espino is clearly the better fighter here and has seven finishes in his career. I like Espino to win this fight without any issue.

Shane Young/Ludovit Klein: Fight to go the Distance – No (156)

Shane Young comes into this fight 13-4 in the MMA and 2-1 in the UFC. After losing his UFC debut, he has now won two fights in a row. Young has been a high-volume striker, averaging 6.10 strikes per minute. The issue here is that he absorbs 5.09 strikes.

Klein will make his UFC debut here, after starting 16-2 in the MMA. He has won seven fights in a row, and has not lost since 2017. The most impressive part of Klein’s style is his ability to finish his opponents. Of his 16 career wins, 15 have come inside the distance. He has seven wins by KO/TKO and eight by submission.

Young also has a good finish rate, finishing 10 of his 13 wins, six by KO/TKO and four by submission. As a result, I am going to look for this fight to end inside the distance.

Hakeem Dawodu enters this fight 11-1-1 in the MMA and 4-1 in the UFC. He lost his UFC debut back in March of 2018, but has since won four fights in a row. His most recent fight saw him beat Julio Arce back in November of 2019. Dawodu is exclusively a striker, averaging 5.28 strikes per minute. It is also important to note that his striking defense is 64% and he is absorbing an average of 2.31 strikes per minute. He has very little grappling ability, but most importantly, he defends takedowns 85% of the time.

Tukhugov is a low volume striker, landing just 2.58 strikes per minute. Like his opponent, Tukhugov absorbs very little damage, just 2.07 strikes per minute. He will be looking to take this fight to the ground, averaging 2.88 takedowns per every 15 minutes.

Dawondu is a much better striker and that looks to be the difference here. I also like his ability to keep this fight standing and to take away the takedown ability of Tukhugov. Therefore, I will look for Dwandu to keep his win streak alive and will take him to win this fight.