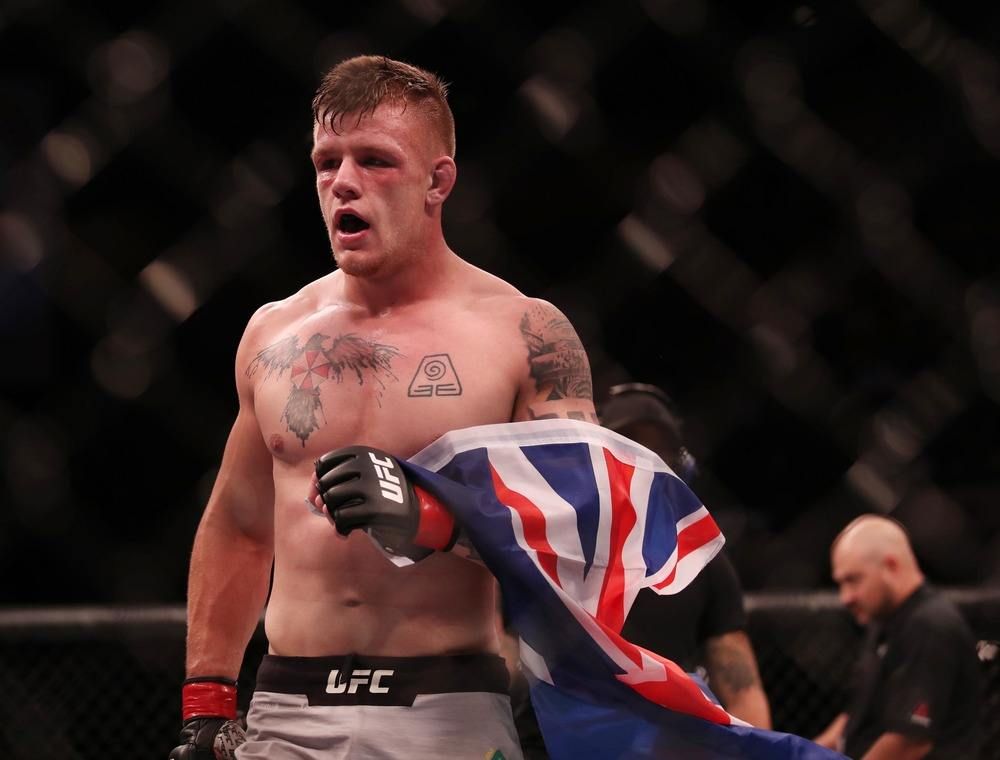 This week the Main Event at UFC Fight Night 180 will feature a Featherweight fight with the winner expected to challenge for the title. There are some huge favorites among this event, so looking for a parlay could be the best way to find the most value.

Here is our favorite three-fight parlay that pays at odds of +119. Be sure to check out the rest of our UFC Fight Night 180 predictions for the full 11-fight card.

Jun Yong Park earned his first UFC win last December, beating Marc-Andre Barriault by unanimous decision. Park is a high-volume striker, averaging 6.47 strikes per minute. His striking accuracy is pretty good at 47%. Though he does absorb 4.46 strikes per minute, but it has not been an issue so far considering he has never been knocked out. Park is almost as good on the ground, averaging 3.04 takedowns per every 15 minutes.

John Phillips has been a disaster since joining the UFC to be blunt, posting a record of 1-4 over his first five fights. He was just beaten by Khamzat Chimaev back in June of this year by submission. Not even his striking has been good, averaging just 2.25 strikes per minute. He has absorbed 5.31 strikes per minute, so he really is taking a ton of punishment. If you look at his grappling, it may be even worse, seeing that he almost never lands takedowns and can only defend takedowns with an accuracy of 11%.

This is clearly a mismatch and I will be looking for Park to dominate. Phillips has lost three of his four UFC fights by submission, so Park has plenty of ways to attack him here.

Jimmy Crute comes in 11-1 in the MMA and 3-1 in the UFC. He won his most recent fight, beating Michal Oleksiejczuk by submission back in February of this year. Crute is a very good striker, averaging 4.08 strikes per minute. He is absorbing 2.23 strikes and in turn has never been knocked out. He is probably an even better grappler, averaging 4.63 takedowns per every 15 minutes. He has a takedown accuracy of 81% and defends them 61% of the time. Crute also averages 2.6 submission attempts per every 15 minutes.

Modestas Bukauskas is coming off his UFC debut win, beating Andreas Michailidis by TKO back in June of this year. He is averaging 3.60 strikes per minute, but landing them 36% of the time. He still absorbs 4.60 strikes per minute and has only been knocked out once in his career.

I do believe Crute has a much better path to win. He has finished all three of this UFC wins and has eight finishes overall in the MMA.

Said Nurmagomedov comes into this fight 13-2 in the MMA. He is 2-1 in the UFC after suffering his first loss to Raoni Barcelos back in December of 2019. He is mainly a striker, averaging 4.22 strikes per minute, while absorbing just 2.61. As for grappling, he lands just 0.46 takedown per every 15 minutes. His takedown accuracy is just 7%, so do not expect him to control this fight on the ground.

Mark Striegl comes into this fight 18-2 in the MMA and will be making his UFC debut. He does most of his damage on the ground an already has 14 submission wins under his belt. His two losses were by submission as well, but again, do not expect Nurmagomedov to be able to take him down to the mat very often if at all.

Striegl has never knocked someone out, so I am not worried about Nurmagomedov’s chin. He also has never been knocked out himself. Nurmagomedov also has a 66% takedown defense, which could limit what Striegl is able to do.