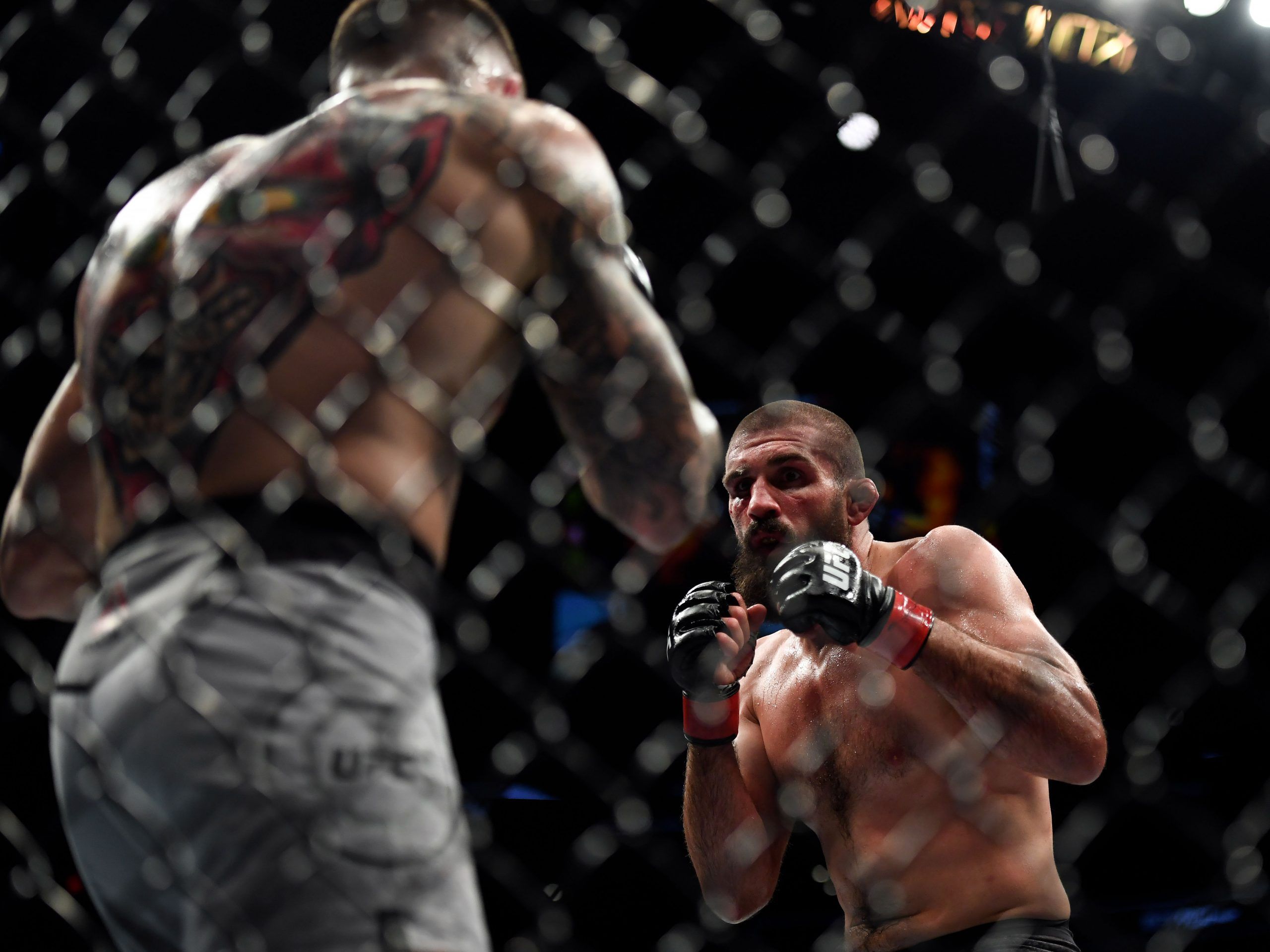 This week the Main Event at UFC on ESPN 16 will feature a Women’s Bantamweight fight. There are some huge favorites among this event, so looking for a parlay could be the best way to find the most value.

Here is our favorite three-fight parlay that pays at odds of +174. Be sure to check out the rest of our UFC on ESPN 16 predictions for the full 11-fight card.

Dusko Todorovic is a huge favorite here, even though he has never fought in the UFC. He is 9-0 in the MMA but has not fought since August 2019. He is a very high-volume striker, averaging 6.80 strikes per minute. He has eight finishes in his career, five by KO/TKO and three by submission. Six of his nine fights have also ended in the first round.

Dequan Townsend is the much more experienced fighter, posting an MMA record of 21-11. However, his 0-3 UFC record is very concerning. If he does not get a win inside the Octagon soon, it is possible that he may be out of a contract. Frankly, his striking has been terrible. He is averaging 1.15 strikes per minute, landing them at an accuracy of 35%. His striking defense is 40%, and he is absorbing 2.63 strikes. He has no grappling skills and defends takedowns at just 46%.

Charles Jourdain finds himself as one of the biggest favorites on the card as he comes into this fight 10-3 in the MMA and 1-2 in the UFC. He did lose to Andre Fili in his most recent fight, losing by unanimous decision. He is averaging 4.58 strikes per minute, while absorbing 4.15 strikes.

Joshua Culibao is 8-1 in the MMA and 0-1 in the UFC. His UFC debut from back in February of this year, ended in a loss by TKO to Jalin Turner. He is a very low-volume striker, at least through that first UFC fight, averaging just 1.50 strikes per minute. In turn, he is absorbing 6.86 strikes per minute.

Court McGee enters this fight 20-9 in his MMA career. He has lost two fights in a row and four of his last five. His striking is decent at 3.56 strikes per minute, but with an accuracy of 39%, it is concerning. The good news is that he only absorbs 2.34 strikes per minute and has been finished just once in his entire career. Grappling is not his strongest area either, averaging 0.58 takedowns per every 15 minutes. He lands these takedowns at 55%, but only defends them 36% of the time.

Carlos Condit might be even worse, having lost five fights in a row with his last win coming back in 2015. He is averaging 4.86 strikes per minute, but his striking accuracy is 35%. He also absorbs 3.80 strikes per minute. Grappling is also not going to be a focus here for Condit, considering he only lands them 21% of the time.

There is no way I want to back a guy who has not won in more than five years, so I am going to side with McGee.

Want more UFC on ESPN 16 picks? Find out our best bets for the main card.