UFC predictions, picks and best bets for UFC on ESPN 16 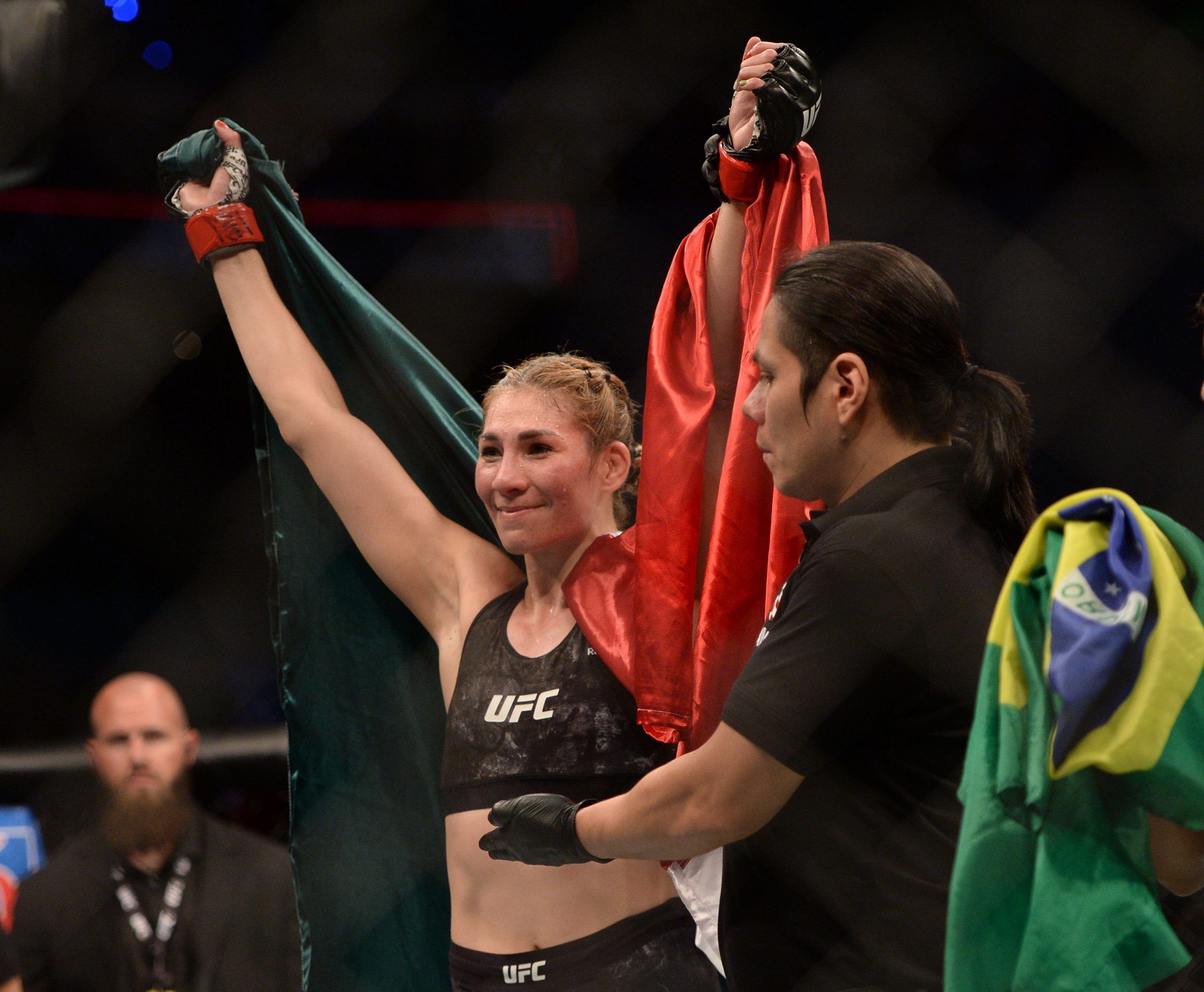 We will continue at Fight Island this week for UFC on ESPN 16 and this weeks’ card will feature a Women’s Bantamweight fight as the Main Event.

We’ll share our UFC on ESPN 16 best bets here but head over to our main UFC on ESPN 16 predictions homepage if you want picks for every fight on the main and preliminary card. Please gamble responsibly when following our MMA picks and predictions.

After starting 0-2 in the UFC, Irene Aldana has improved significantly, going 4-1 over her last five fights. She is currently riding a two-fight winning streak, beating Ketlen Vieira by KO at UFC 245 back in December 2019. She is an aggressive striker, averaging 6.16 strikes per minute. Because of this aggressive fighting style, she is absorbing 5.92 strikes per minute. However, it is worth noting that she has never been knocked out in the UFC.

Holly Holm is 13-5 in the MMA and 6-5 in the UFC. Her most recent fight was a win against Raquel Pennington, but she still has been highly inconsistent over the course of her UFC career. She is not exactly the highest volume striker, landing an average of just 2.75 strikes per minute. She lands these strikes at just 35% too, which is a concern in terms of how much damage she will be able to inflict.

Because of Aldana’s striking ability, I will be looking for her to control this fight from start to finish. Holm has been far too inconsistent and has not been the same since that fight against Ronda Rousey years ago. I cannot back her here, so I will take Aldana as a short underdog to win convincingly and to put herself on the radar as a legitimate title contender.

Yorgan de Castro lost his first UFC fight last time out, losing to Greg Hardy by unanimous decision. He has yet to look like a great striker, averaging just 2.19 strikes per minute. His striking accuracy is only 41% as well, so he sometimes struggles with landing a ton of punches. The other good news is that he absorbs just 2.99 strikes and has never been knocked out.

Felipe comes into this fight 0-1 in the UFC after losing his debut to Sergey Spivak back in July of this year. He is a better striker, averaging 2.93 strikes, but lands these strikes at just 36%. He does absorb 4.87 strikes, but has also never been knocked out.

Neither guy can fight on the ground and frankly, they do not even attempt takedowns. Both of their last fights went the distance and I look for this one to start pretty slowly as well. I do not really have a strong opinion on either guy winning the fight, but I do like this fight to go at least 1.5 rounds.

Germaine de Randamie is 9-4 in the MMA and 6-2 in the UFC. Note that both her losses in the UFC came against Amanda Nunes. De Randamie is averaging 2.72 strikes per minute. She absorbs 2.15 strikes but has only ever been knocked out by Nunes. Plus, her striking defense is 64%. Her grappling is essentially non-existent, but she does defend takedowns 71% of the time.

Julianna Pena comes into this fight 9-3 in the MMA and 5-1 in the UFC. Her only UFC loss came against Valentina Shevchenko back in 2017. This was a loss by submission and her only loss by finish in the UFC. She is a slightly better striker, averaging 2.96 strikes per minute. She is only absorbing 1.51 strikes per minute, but her striking defense is only 47%. As for grappling, Pena is averaging 2.60 takedowns per every 15 minutes, though her takedown accuracy is not the best at 52%. Her takedown defense is 28%, so Pena may find herself on the ground if De Randamie decides to go for a more ground-based fight.

De Randamie has faced better competition than Pena, so I will look for her to win this fight and start to make another claim for a title shot.

Want more UFC on ESPN 16 picks? Find out who we’re picking for our three-fight parlay.