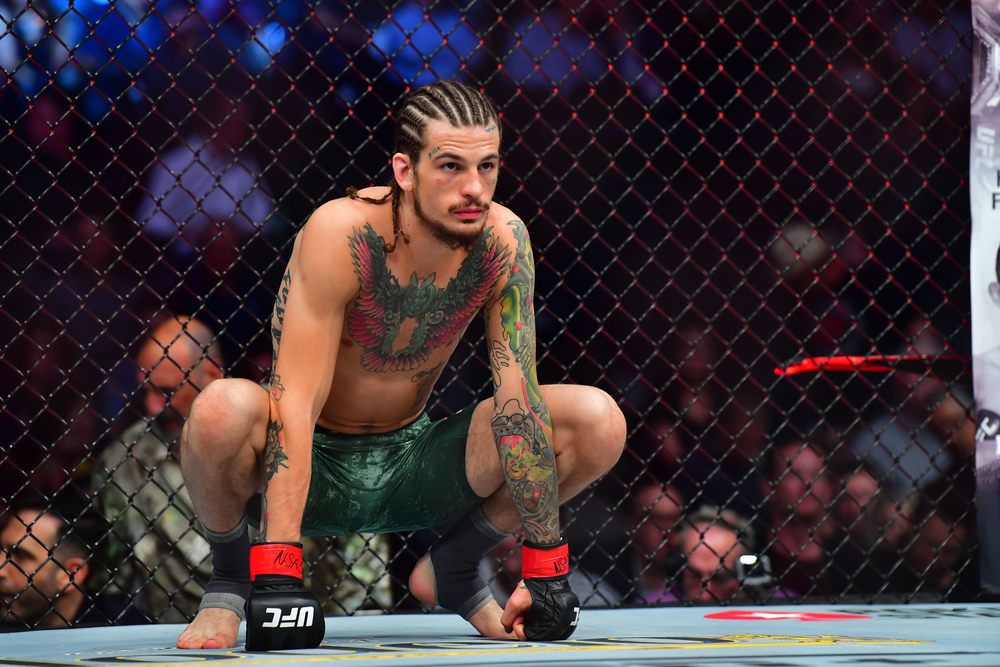 Matthew has been with Pickswise for a while now, covering a wide variety of sports. His main passions are college football and UFC, and those are the sports he has covered the most. Matthew uses a variety of methods to handicap games, including stats, trends, injuries, and situational factors. His goal is to consistently give out winners and will put in the research to try and achieve this.
@Sixfigurematt
Updated: 13:55 PM ET August 15, 2020

This week the Main Event at UFC 252 will feature two veteran Heavyweights fighting for the third time. There are some huge favorites among this event, so looking for a parlay could be the best way to find the most value.

Here is our favorite three-fight parlay that pays at odds of +151. Be sure to check out the rest of our UFC 252 predictions for the full 11-fight card.

Herbert Burns is 11-2 to start his MMA career and 2-0 in the UFC. He won his most recent fight at UFC 250, beating Evan Dunham by submission in the first-round. That makes it eight submissions in his career and finishes in both of his UFC fights. He is averaging 2.60 significant strikes per minute, landing them at an accuracy of 44%. Obviously he will look to take this fight to the ground, where he averages 4.59 takedowns per every 15 minutes. He lands his takedowns 100% of the time and defends them perfectly too.

Daniel Pineda makes his return to the UFC after going 3-4 in the top promotion from 2012 to 2014.  Pineda also likes to take fights to the ground, but only averages 1.46 takedowns per every 15 minutes. His takedown accuracy also is only 25%, which does not give me any confidence he will be able to take Burns to the ground. This fight is a pretty big mismatch, with Burns looking to be an up and coming fighter in the division.

Merab Dvalishvili comes into this fight with a record of 11-4 in the MMA and 4-2 in the UFC. He currently sits in the midst of a four-fight win streak after having lost his first two UFC fights. Dvalishvili is an extremely balanced fighter, averaging 4.01 significant strikes per minute. His striking accuracy is suspect at 39%, but at the very least he absorbs minimal damage, just 2.12 strikes per minutes. What makes him really balanced is his grappling. Dvalishvili averages 8.67 takedowns per every 15 minutes at an accuracy of 50%. He stops takedowns 80% of the time as well.

His opponent, John Dodson, is 21-11 in the MMA and 10-6 in the UFC. He has been much more inconsistent recently, winning just five of his last 10 fights. Dodson is more of an average striker, landing 3.30 significant strikes per minute. Dvalishvili has looked so much better than Dodson as of late, so I will back him even at a steeper price to get the job done.

Sean O’Malley looks to continue his hot start in the UFC when he takes on Marlon Vera in the Co-Main Event. O’Malley comes in with a perfect 4-0 record in the UFC after his first-round knockout win against Eddie Wineland at UFC 250. He now has nine finishes in his career with two coming in his last two fights. O’Malley has looked incredible when striking thus far, averaging 6.86 significant strikes per minute. For a guy with this much striking ability, he does a decent job at limiting damage, absorbing 3.75 strikes per minute.

Marlon Vera is 9-4 in the UFC after losing his last fight to Yadong Song by unanimous decision. Vera is averaging 3.70 significant strikes per minute, absorbing 4.11 strikes. He can fight on the ground as well, averaging 0.88 takedowns per every 15 minutes, but 1.3 submission attempts during the same time period. O’Malley still looks to have the upper hand here, especially with his striking ability. His fights rarely go to decision, so I will back an O’Malley win by finish with medium confidence.