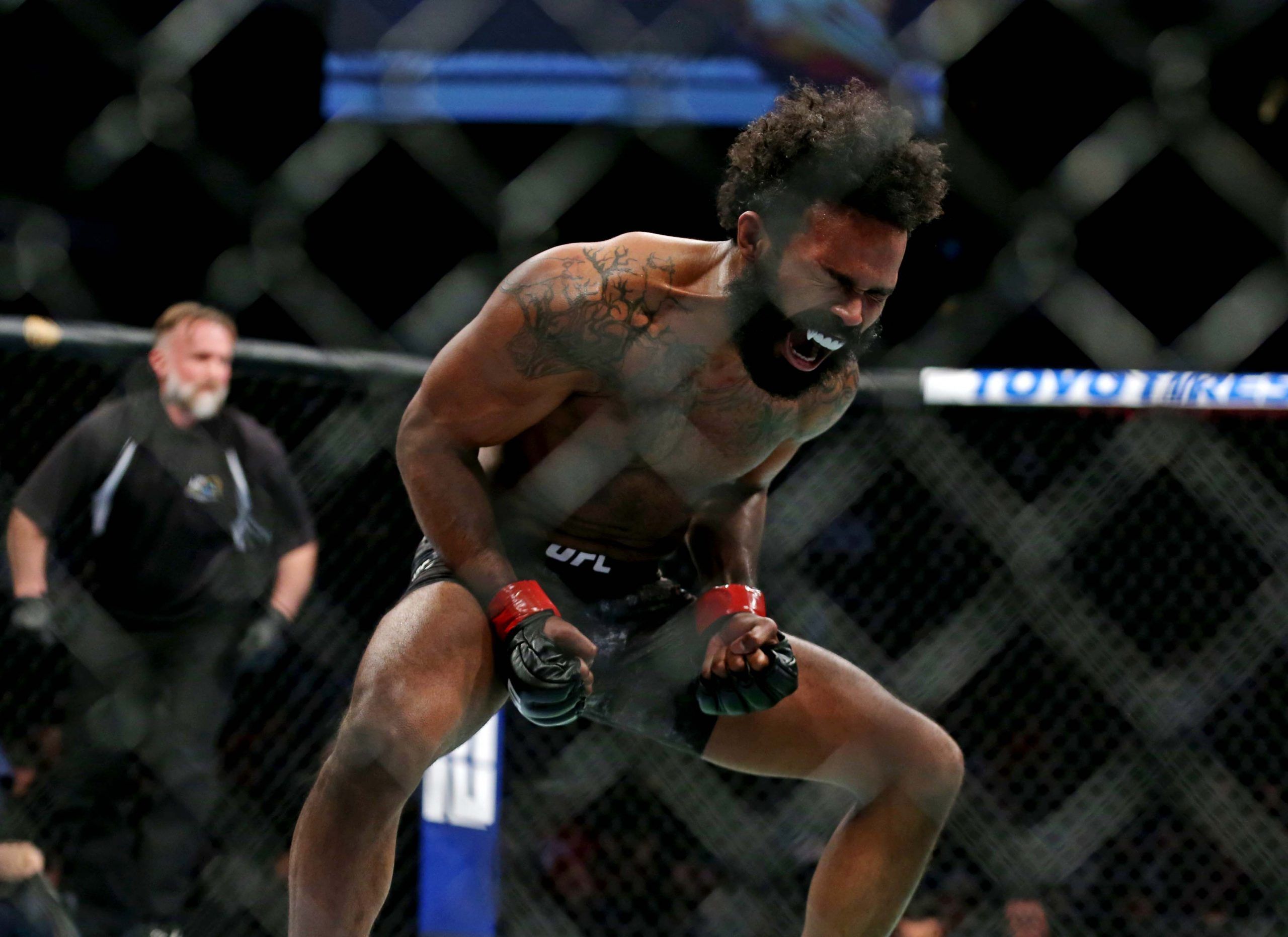 Matthew has been with Pickswise for a while now, covering a wide variety of sports. His main passions are college football and UFC, and those are the sports he has covered the most. Matthew uses a variety of methods to handicap games, including stats, trends, injuries, and situational factors. His goal is to consistently give out winners and will put in the research to try and achieve this.
@Sixfigurematt
Published: 17:42 PM ET August 28, 2020

This week the Main Event at UFC Fight Night 175 will feature two Light Heavyweights fighting for the chance to make a claim for the title. There are some huge favorites among this event, so looking for a parlay could be the best way to find the most value.

Here is our favorite three-fight parlay that pays at odds of +105. Be sure to check out the rest of our UFC Fight Night 175 predictions for the full 11-fight card.

Mallory Martin is looking to bounce back from her UFC debut loss, which was back in December of 2019. She is landing an average of 4.56 significant strikes per minute at 59% accuracy. She also is absorbing quite a few strikes per minute, 5.60, however she has never been knocked out.

Hannah Cifers will fight for the fourth time this year, having lost all three of her previous fights. She was finished in all three fights as well, so to say she is struggling in an understatement. Her main issue is the fact that she absorbs 5.64 strikes. Now her grappling has also been what has gotten her in trouble recently. Her takedown defense is 66%, but in her last two fights, she lost by submission.

I just do not see any method of victory for Cifers, so I will back Martin as the part of a parlay.

Sean Brady is a perfect 12-0 to start his MMA career and is 2-0 in the UFC. Brady has excellent striking, landing an average of 5.53 significant strikes per minute at an accuracy of 55%. Brady also has terrific grappling skills, averaging 3.00 takedowns per every 15 minutes. He lands his takedowns with 50% accuracy, but defends them with 100% accuracy.

Christian Aguilera is fresh off his UFC debut win, a fight where he knocked his opponent out in the first round. This fight was in June of this year, so a quick turnaround here. Aguilera showed fantastic striking ability against Ivy, but has been prone to getting knocked out in the past.

Brady has a much more balanced skill-set as shown by his grappling, while Aguilera only looks to comfortable on his feet. I think Brady is going to continue his trend of dominating this opponent and will pick up a third straight win in the Octagon.

Magomed Ankalaev has won four fights in a row, with his only loss coming back in 2018. He will look to keep this fight standing, averaging 3.46 significant strikes per minute. He absorbs just 1.24 strikes, so his striking defense has looked elite thus far. His grappling game is lacking, but at the very least, he has a takedown defense of 85%.

Ion Cutelaba is landing an average of 5.29 significant strikes per minute, but only at an accuracy of 39%. On the ground is where Cutelaba will want this fight as he is averaging 2.59 takedowns per every 15 minutes. His takedown accuracy is 71% and his takedown defense is 80%.

Cutelaba just recently recovered from Covid-19, so his strength might not be what it was. For that reason, I like Ankalaev to win the rematch.