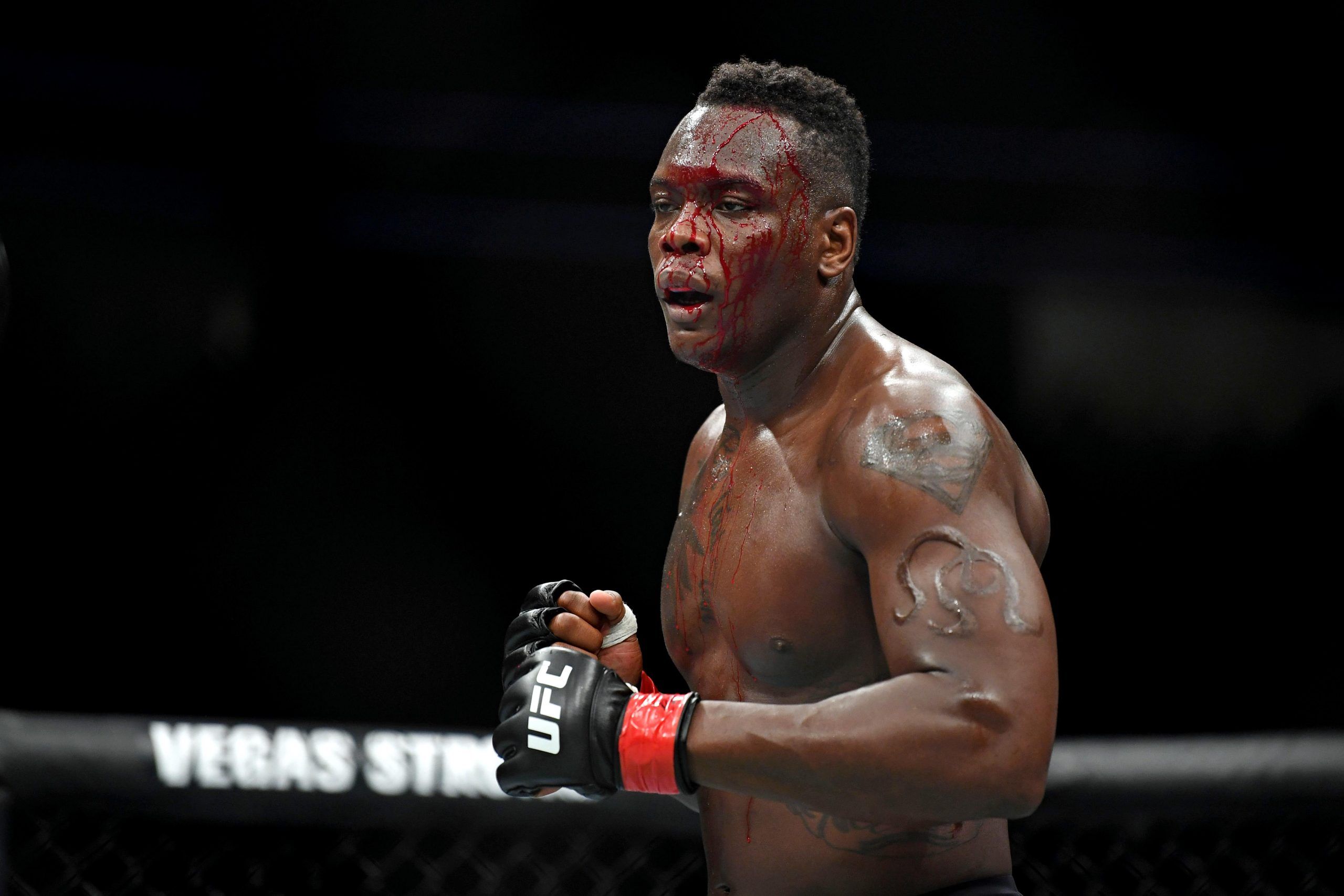 Matthew has been with Pickswise for a while now, covering a wide variety of sports. His main passions are college football and UFC, and those are the sports he has covered the most. Matthew uses a variety of methods to handicap games, including stats, trends, injuries, and situational factors. His goal is to consistently give out winners and will put in the research to try and achieve this.
@Sixfigurematt
Published: 14:42 PM ET September 04, 2020

This weeks’ card will feature a five-round Main Event between two Heavyweights looking to make their case for a shot at the title.

Saint Preux comes into this fight 24-14 in the MMA and 12-9 in the UFC. He tried his luck in the Heavyweight division last time out, but lost to Ben Rothwell. This fight was back in May of this year and the fight ended in a split decision loss. Saint Preux now returns to where he is more comfortable, the Light Heavyweight division. He is not exactly a great striker, averaging 2.60 significant strikes per minute. He absorbs 2.91 strikes per minute, so his defense is solid. While he did not land a takedown in his recent Heavyweight fight, Saint Preux averages 1.27 takedowns per every 15 minutes, but only at an accuracy of 40%.

Alonzo Menifield is coming off the first loss of his career, a loss back in June of this year to Devin Clark by unanimous decision. Menifield is a decent striker, averaging 3.75 significant strikes per minute. He absorbs 3.75 strikes as well, which could be worrisome against a guy like Saint Preux with knockout power.

With Saint Preux making the move back to Light Heavyweight, I think he has the edge here. Menefield looked exhausted in his last fight as well, seeing that it did not end in the first round, so my pick would be Ovince Saint Preux.

Michel Pereira comes in with a record of 23-11 in the MMA, but just 1-2 in the UFC. His striking is pretty average, landing 3.04 significant strikes per minute. As for his grappling, he is landing an average of 2.00 takedowns per every 15 minutes. His takedown accuracy is 57%, while his takedown defense is a perfect 100%. Pereira has a total of 16 finishes in his career, 10 by TKO/KO, but just one finish in the UFC.

Zelim Imadaev is still searching for that first win inside the Octagon. His striking is decent, averaging 3.69 significant strikes per minute. The main issue is his 41% accuracy. Also, he absorbs more damage at 3.37 strikes, but has only been knocked out once (his last fight).

Due to a more balanced style from Pereira, I will look his way to get the win.

Alexander Romanov puts his perfect 11-0 record on the line here as he makes his UFC debut. What is most impressive about Romanov is his ability to finish his fights. Five career wins by KO/TKO and six wins by submission means he has never gone the distance in a fight. Also, nine of his 11 fights have ended in the first round, so Romanov will be looking to make a statement early.

Marcos Rogerio De Lima is the much more experienced fighter and will be looking to keep this fight standing. He averages 3.78 significant strikes per minute at an accuracy of 54%. His grappling is not as prevalent, averaging just 0.76 takedowns per every 15 minutes at an accuracy of 60%. More concerning is his takedown defense, which is 36%. Also, it is worth noting that his last four losses have all come by submission, so if the fight moves to the ground, he is likely in a world of trouble.

Given De Lima’s struggles at stopping a submission attempt, I am going to back Romanov to make his first statement in the UFC.