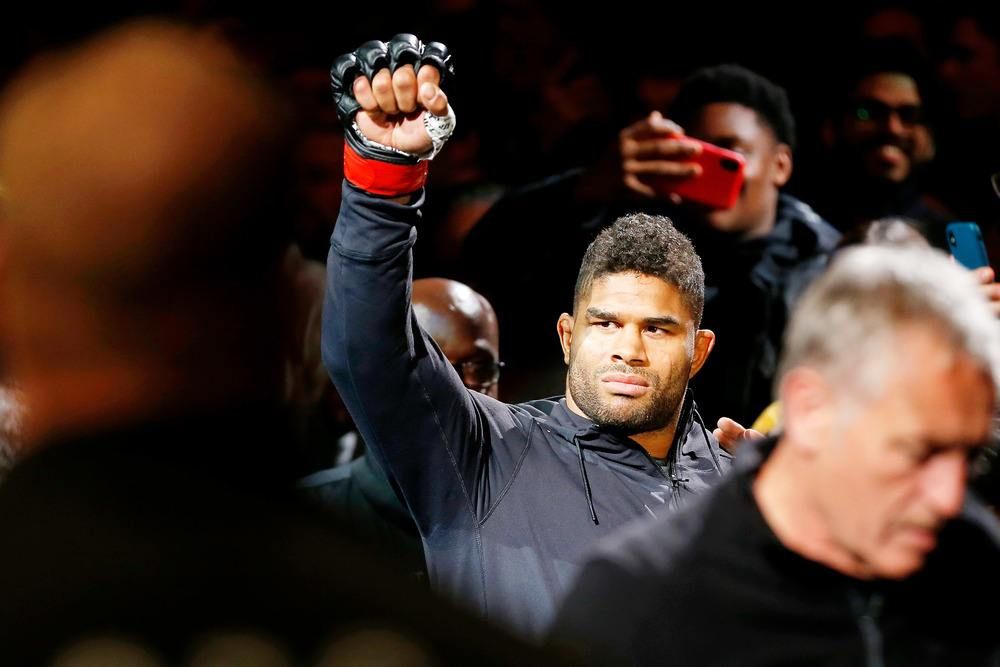 This week the Main Event at UFC Fight Night 176 will feature two Heavyweights fighting for the chance to make a claim for the title. There are some huge favorites among this event, so looking for a parlay could be the best way to find the most value.

Here is our favorite three-fight parlay that pays at odds of +262. Be sure to check out the rest of our UFC Fight Night 176 predictions for the full 9-fight card.

Overeem is a seasoned veteran in the MMA, posting a record of 46-18 in his career. He is 11-7 in the UFC and the #6 contender in the division. He is coming off a win over Walt Harris from May of this year, beating him by TKO in the second round. Overeem is a pretty balanced fighter, averaging 3.66 significant strikes per minute. His striking accuracy is 63%. He does only absorb 2.18 strikes per minute, but has been knocked out 14 times in his career and seven times in the UFC. His grappling is also pretty good, averaging 1.40 takedowns per every 15 minutes. His takedown accuracy is 54% and his takedown defense is 73%. He also has 17 submission wins in his career, but none in the UFC, so a stand up fight might be more likely.

Sakai is the #9 contender and with a win against Overeem, he could be closer to a title. Sakai is almost exclusively a striker, averaging 5.45 significant strikes per minute. He does absorb more damage, but has never been knocked out in his career.

Some of Sakai’s recent fights have resulted in questionable decisions. He was out-struck by Andrei Arlovski a couple fights ago, 75 to 42, yet still got the win. Overeem look revitalized against Harris in May and that will be who I side with here to get the win.

Brian Kelleher has been busy this year, making his fourth appearance in the Octagon. This will be his third fight since the COVID-19 pandemic, where he is 2-1. He did lose his last fight to Cody Stammen at UFC 250 back in June, but now will be facing a much less inexperienced fighter. Kelleher will focus on striking in this fight, having landed 4.48 significant strikes per minute. He does struggle to land them accurately, just 40% of the time. The other issue is he absorbs 6.00 strikes per minute, though he has only been knocked out once in his entire career.

Kevin Natividad is 9-1 in the MMA and will make his UFC debut in this spot. He has won five fights in a row, three of which by finish and the other two by decision. He now has five career KO/TKO wins, but just one by submission.

Kelleher has 17 wins by finish and 24 of his 32 professional fights have ended inside the distance. That also includes 7 of his 9 UFC fights. Therefore, I will back Kelleher to get the job done without much trouble.

Bartosz Fabinski is comes in 15-3 in the MMA and 3-1 in the UFC. He recently won a fight in March of this year, however this was a Cage Warriors event during the pandemic. His last UFC fight came in November of 2018, so it has been quite a layoff. His striking is not that sharp, averaging just 2.22 significant strikes per minute. Though he is landing them at 70% an only takes 1.35 strikes of damage per minute. The ground however, is where Fabinski will want this fight. He is averaging 7.17 takedowns per every 15 minutes and landing them at an accuracy of 70%. Plus, his takedown defense is 80%, so it seems unlikely he will get tossed down often, if at all.

Andre Muniz will be looking to build off UFC debut win which came by unanimous decision against Antonio Arroyo back in November of 2019. Muniz is a low volume striking guy, landing just 2.27 significant strikes per minute. He will want this fight to be on the ground where he averages 2.83 takedowns for every 15 minutes. The issue here is that Muniz only lands 35% of his own takedowns and prevents 33% of his opponent’s takedowns.

Given Fabinski’s takedown defense, I am going to back him here to win his return to the Octagon.