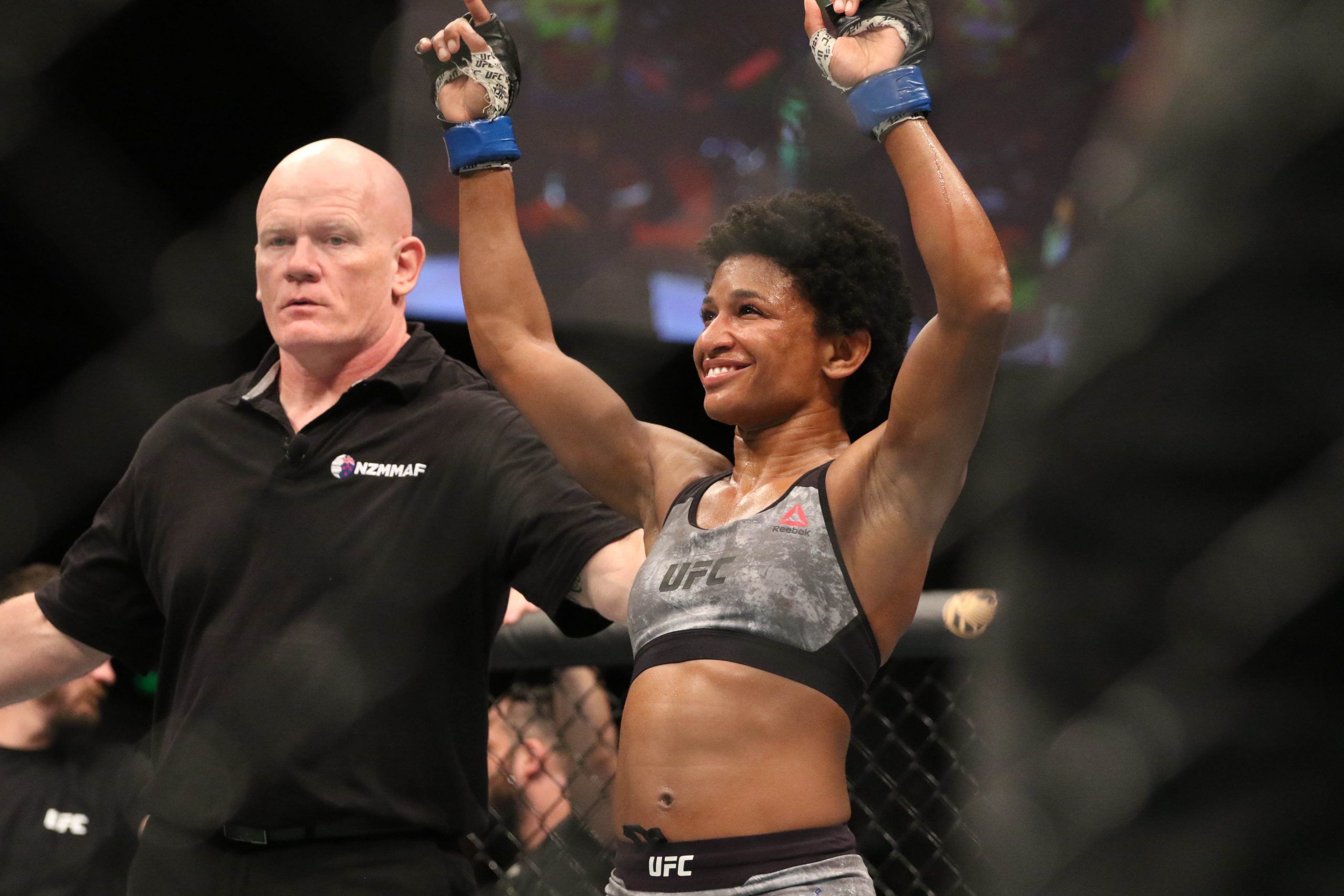 This weeks’ card will feature a Main Event between two ladies looking to make their case for a shot at the title.

Michelle Waterson comes into this fight with an MMA record of 17-8 and a UFC record of 5-4. She most recently lost to Carla Esparza at UFC 249 back in May of this year by split decision. Waterson is a decent striker, averaging 3.31 significant strikes per minute. She does not absorb too much damage either, just 3.79 strikes per minute.

Hill comes into this fight with an MMA record of 12-8, and is 7-8 in the UFC. She lost her last fight to Claudia Gadelha back in May of this year, but before that had won three in a row. She is a much better striker, averaging 5.76 significant strikes per minute. Though at the same time, she absorbs 5.17 strikes. Hill is not going to want to fight on the ground and she has a takedown defense of 72% to try an make sure that does not happen.

Hill’s striking ability has me on her side and my official play is Hill to win on the money line.

Khama Worthy comes into this fight 16-6 in the MMA and 2-0 in the UFC. He was extremely impressive in his most recent fight, beating Luis Pena by submission back in June of this year. The win gives him seven in a row, dating back to 2018. Worthy is a good striker, averaging 4.44 significant strikes per minute with an accuracy of 50%. He also has good defense, absorbing just 3.09 strikes. Worthy now has a total of 12 finishes in his career, and two in the UFC.

Azaitar is a perfect 12-0 in the MMA and is coming off an impressive UFC debut win where he beat Teemu Packalen by TKO in the first round. This fight was back in September of 2019, so it has been a little over a year since he fought. Azaitar is proving to be a fantastic striker, averaging 7.61 significant strikes per minute. Also, his striking defense looked very solid in that first fight, absorbing 2.25 strikes.

Both guys have plenty of knockout power, but with Azaitar’s striking ability, I think he can pull the upset over a notable prospect and will put his own name on the map.

Sabina Mizo comes into this fight 8-1 in the MMA and 2-1 in the UFC. After losing her UFC debut in March of 2019, she has since won two straight, both by decision. Mizo is an excellent striker, averaging 6.44 significant strikes per minute. She is also a decent ground based fighter, averaging 1.33 takedowns per every 15 minutes. The most impressive part of this is her takedown accuracy is 100% and her takedown defense is 88%.

Kish comes in 7-2 in the MMA and 1-2 in the UFC. She just recently won her first fight in the UFC, beating Lucie Pudilova by unanimous decision back in January of this year. Kish is also a good striker, averaging 4.28 significant strikes per minute. She also has the ability to fight on the ground, though her takedown accuracy is just 35% and here takedown defense is 55%.

Overall, Mizo is clearly the better fighter and should be able to control this fight regardless on if it is standing up or on the ground. Both fighters have seen all their UFC fight go the distance and that should be no different here. Though I certainly like Mizo a lot more, so I will take her to win on the scorecards.