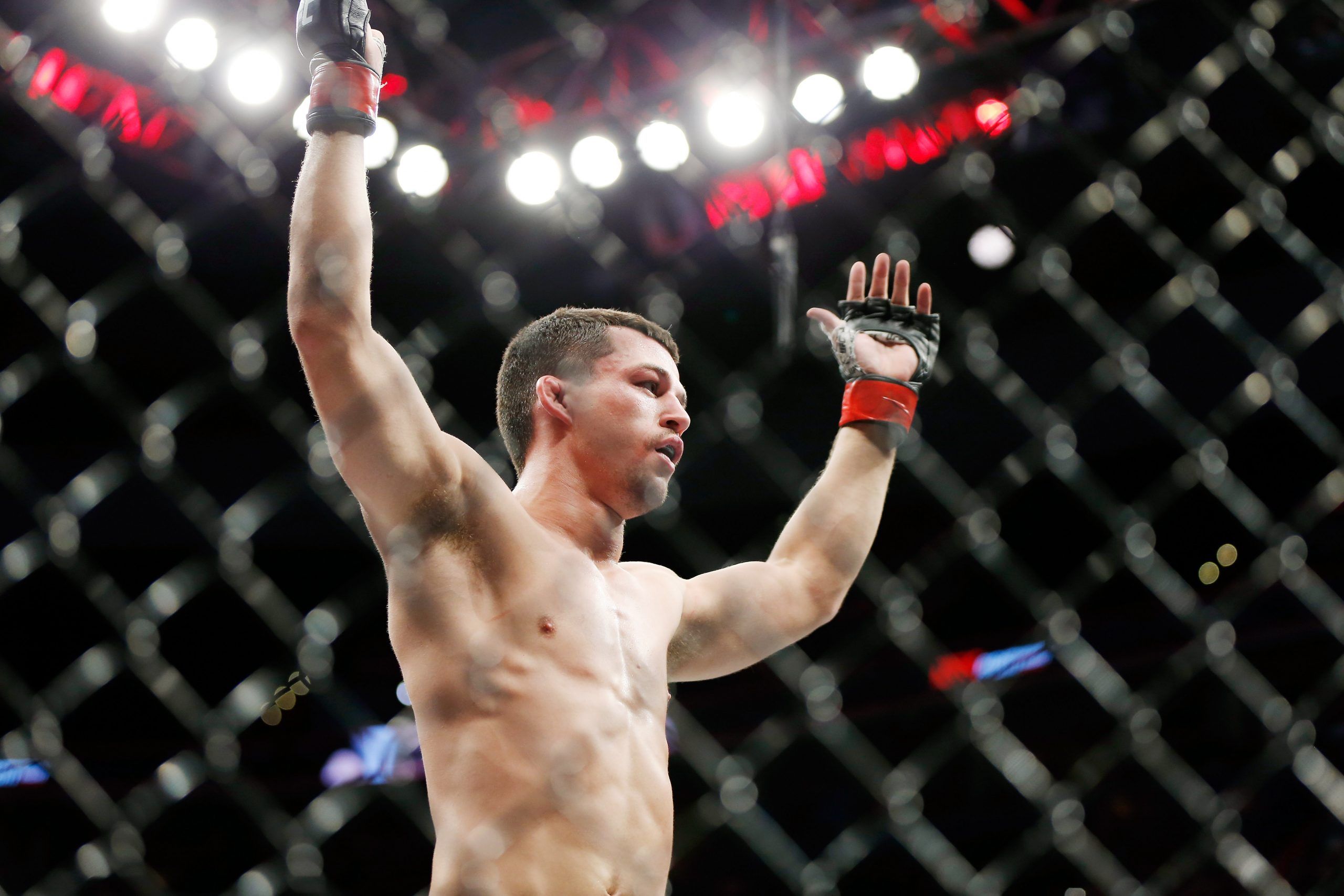 Matthew has been with Pickswise for a while now, covering a wide variety of sports. His main passions are college football and UFC, and those are the sports he has covered the most. Matthew uses a variety of methods to handicap games, including stats, trends, injuries, and situational factors. His goal is to consistently give out winners and will put in the research to try and achieve this.
@Sixfigurematt
Updated: 3:30 AM ET September 13, 2020

This week the Main Event at UFC Fight Night 177 will feature two Strawweights fighting for the chance to make a claim for the title. There are some huge favorites among this event, so looking for a parlay could be the best way to find the most value.

Here is our favorite three-fight parlay that pays at odds of +175. Be sure to check out the rest of our UFC Fight Night 177 predictions for the full 13-fight card.

Billy Quarantillo comes into this fight 14-2 in the MMA and 2-0 so far in the UFC. He recently beat Spike Carlyle by unanimous decision back in May of this year. Quarantillo is by far more comfortable when standing up in a fight. He averages an impressive 7.43 significant strikes per minute, landing them with 79% accuracy. Usually when someone has this much striking ability, it means their striking defense is lacking. However, that is not the case here as Quarantillo absorbs just 2.82 strikes per minute.

Nelson is 13-3 in his MMA career and 1-2 in the UFC. He was finally able to pick up that first UFC win in his most recent fight, a TKO win against Marco Polo Reyes back in September of 2019. When it comes to striking, there is a lot more concern for Nelson. He averages just 2.73 significant strikes per minute, landing them at 36%. He also absorbs 6.35 strikes per minute and has already been finished twice in the UFC. His takedown ability does not help his case either, landing an average of 1.41 at just 16%.

Bobby Green has already fought twice since the pandemic started, winning both fights by unanimous decision. Green is mainly a striker, averaging 5.22 significant strikes per minute. He lands his strikes at 50% accuracy, absorbing 3.52 strikes. Green can also grapple, averaging 1.33 takedowns per every 15 minutes, but only landing them at 36%. He does defend takedowns at 73%, so that is good news.

Patrick comes into this fight 15-2 in the MMA and 5-2 in the UFC. He has not fought since October 2018, getting knocked-out by Scott Holtzman. His striking is not very good at all, averaging just 1.88 significant strikes per minute.

With the layoff for Patrick, I will back Green to win this fight.

Mike Rodriguez is 11-4 in the MMA and 2-2 in the UFC after he beat Marcin Prachnio by TKO back in August of this year. He is better striker than Herman, averaging 4.59 significant strikes per minute. It does mean he absorbs more at 3.58.

Ed Herman comes in as the veteran of the two fighters, posting an MMA record of 26-14 and a record of 12-10 in the UFC. After having lost three fights in a row recently, Herman has bounced back by winning two in a row. His most recent win coming against Khadis Ibragimov back in November of 2019. He is a decent striker, averaging 3.33 significant strikes per minute. He absorbs just 3.13 strikes, but has been knocked out three times in his career.

Rodriguez has seen all 11 of his wins finish inside the distance and I think he will win here.