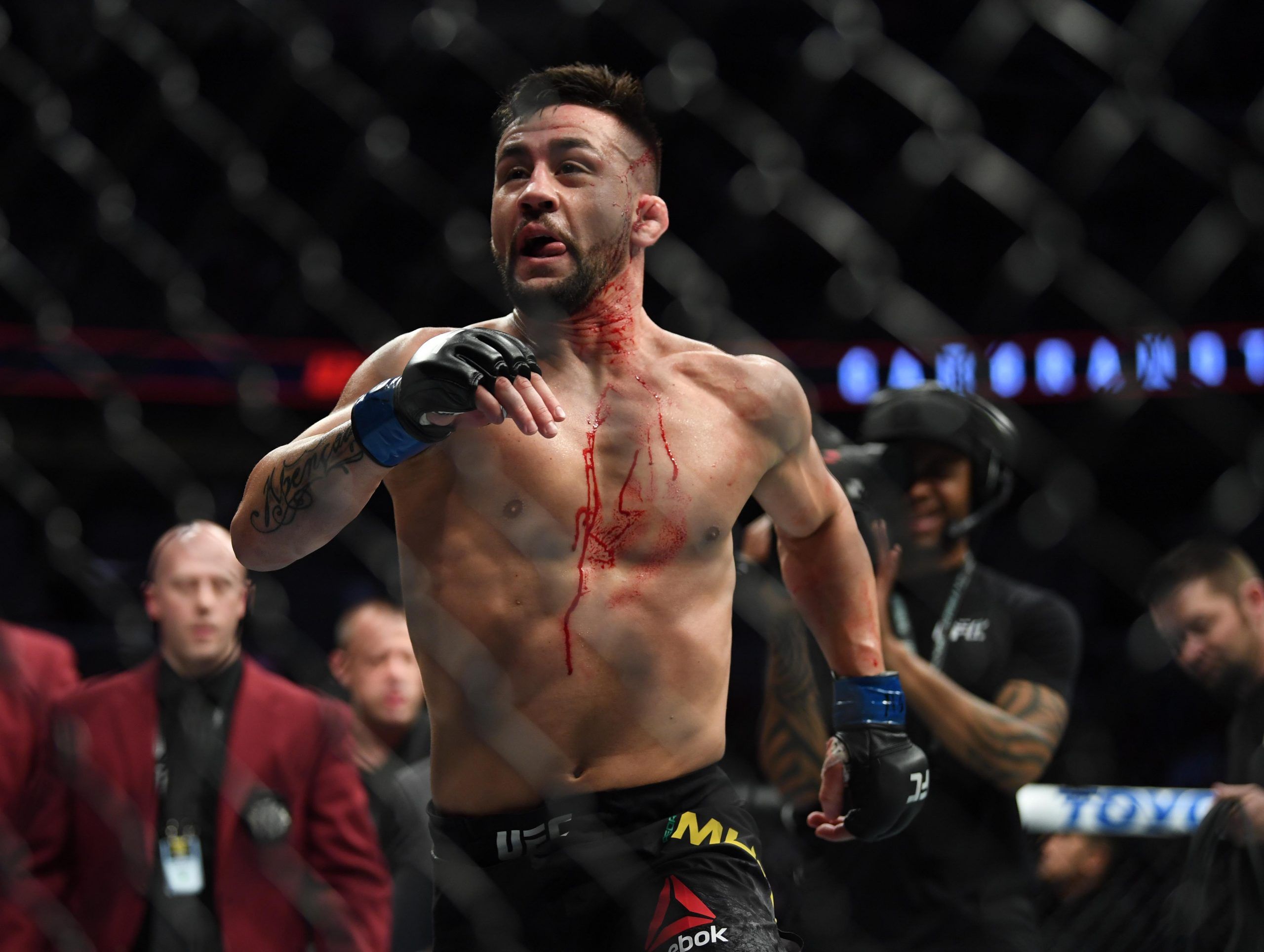 Matthew has been with Pickswise for a while now, covering a wide variety of sports. His main passions are college football and UFC, and those are the sports he has covered the most. Matthew uses a variety of methods to handicap games, including stats, trends, injuries, and situational factors. His goal is to consistently give out winners and will put in the research to try and achieve this.
@Sixfigurematt
Updated: 11:25 AM ET August 22, 2020

Another full UFC card on the schedule here as we get set for a Main Event between two fantastic Bantamweights. Both guys are ranked in the top 8 of their division, and whoever wins will certainly be making their case for a title shot very soon.

We’ll share our UFC on ESPN 15 best bets here but head over to our main UFC on ESPN 15 predictions homepage, if you want, picks for every fight on the main and preliminary card. Please gamble responsibly when following our MMA picks and predictions.

Pedro Munhoz is the #5 contender in the division, entering this fight with a career MMA record of 18-4. He is 8-4 in the UFC, most recently losing to Aljamain Sterling by unanimous decision. Munhoz mainly relies on a stand-up game, averaging 5.29 significant strikes per minute. As a result, he absorbs 6.17 strikes per minute, which could be dangerous. He still has never been finished inside the distance, so his chin has proven to be strong.

Frankie Edgar is the #8 contender in the Bantamweight division. He has struggled recently, losing his last two fights in a row and three of his last four. Edgar has been a little bit more balanced, averaging 3.60 significant strikes and 2.34 takedowns per every 15 minutes. He is absorbing 2.48 strikes per minute, but was knocked out in his last fight. That was only his second time being knocked out in the UFC, so he tends to be able to go the distance. In fact, 17 of his fights in the UFC have gone the distance.

Munhoz has never been finished in his career and Edgar just twice, so I would actually look for this fight to go a full five rounds an end on the judges’s scorecards.

Daniel Rodriguez/Dwight Grant Fight to go the Distance – No (+114)

Daniel Rodriguez is a very high volume striking guy, averaging 8.60 significant strikes per minute. At the same time, he absorbs 6.81 strikes per minute, so there is always the chance he will get knocked out. He has seen 10 of his 13 fights end inside the distance, but just one of two of his UFC fights.

Dwight Grant is a late replacement for Takashi Sato and comes in 10-2 in the MMA and 2-1 in the UFC. He has won his last two fights in the UFC after losing his debut back in 2018. His last fight was in April of 2019, so it has been quite a while since he entered the Octagon. Grant has not been a great striker so far, averaging just 2.87 significant strikes per minute. What is worse is his striking accuracy, which is only 36%. The good news is that he does not take a ton of damage, just 1.92 strikes per minute. Grant has seven wins by KO/TKO in his career and will be looking for the finish here.

Joe Solecki won his UFC debut by unanimous decision back in December of 2019. He is averaging 3.67 significant strikes per minute. His striking accuracy has been unreal so far, landing 76% of his strikes. He also was basically not touched in that first fight, absorbing just 0.64 strikes per minute. Plus, he averages 3.99 takedowns per every 15 minute, landing them at an accuracy of 83%.

Because Solecki is a much more balanced fighter, I think he will control this fight standing up or on the ground and will get another big win.