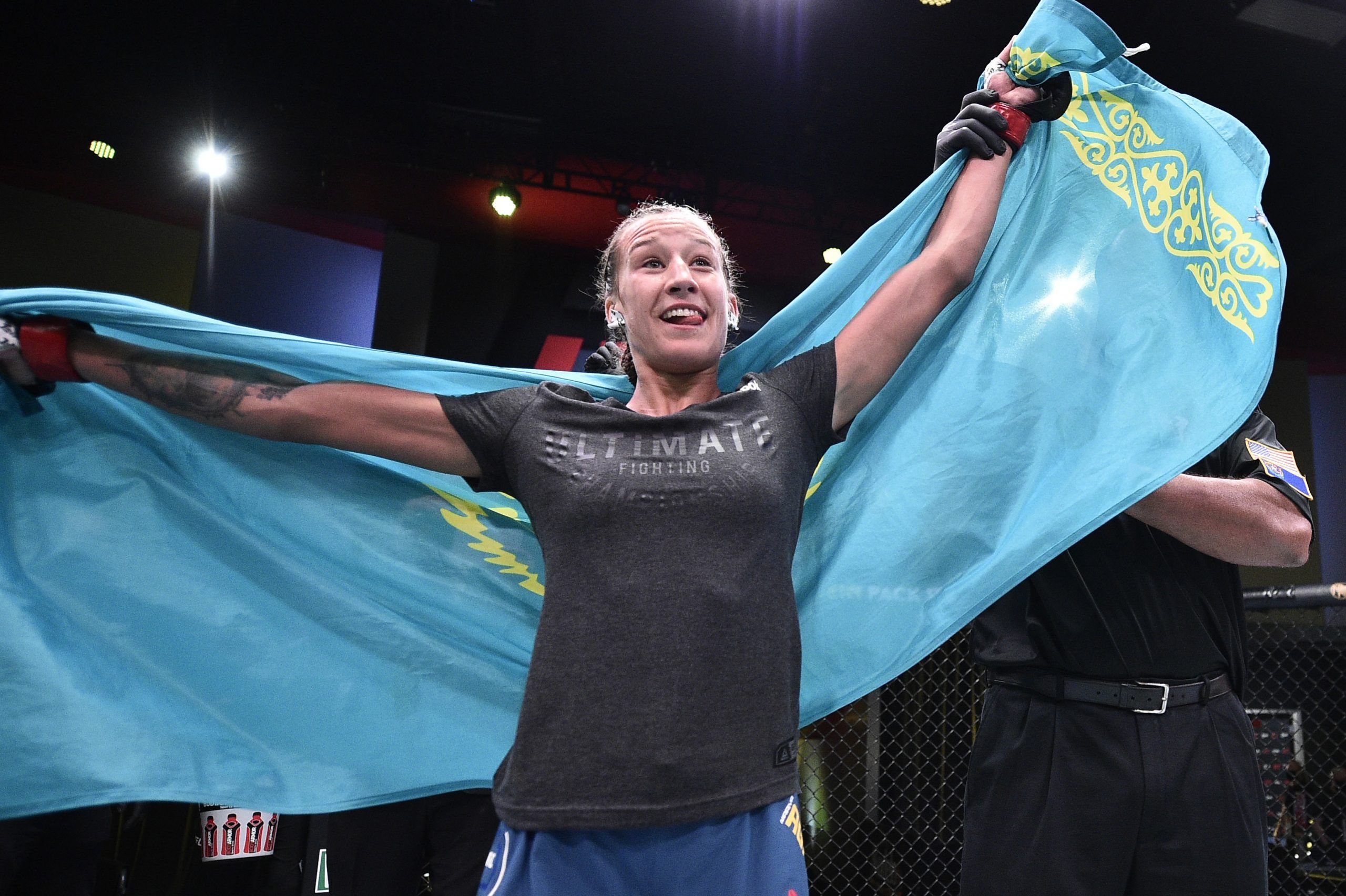 This week the Main Event at UFC on ESPN 15 will feature two veteran Bantamweights fighting for the chance to make a claim for the title. There are some huge favorites among this event, so looking for a parlay could be the best way to find the most value.

Here is our favorite three-fight parlay that pays at odds of +277. Be sure to check out the rest of our UFC on ESPN 15 predictions for the full 11-fight card.

Amanda Lemos/Mizuki Inoue Fight to go the Distance – No (+148)

Mizuku Inoue’s striking has been phenomenal to start her UFC career, averaging 6.20 significant strikes per minute. She has a striking accuracy of just 45% and she absorbs 8.20 strikes per minute. Inoue has nine wins by submission in her career, with the other five coming by decision.

Amanda Lemos got her first UFC win in her most recent fight, beating Miranda Granger by Technical Submission at UFC Fight Night 165 in December of 2019. Her striking has also been amazing, landing 6.55 significant strikes per minute. Her striking accuracy is better at 64%, but she absorbs even more strikes per minute at 9.05. What Lemos has going for her is her ability to fight on the ground. She averages 2.59 takedowns per every 15 minutes, with an accuracy of 100%.

Note that eight of Lemos’ nine fights have ended inside the distance with the only one going to the judge’s scorecards ending in a draw. Inoue also has a 50% finish rate with nine of her 18 professional fights ending before the final round. With both fighters absorbing so much damage, I do not trust either to stay standing.

Mariya Agapova comes in by far the biggest favorite, posting an MMA record of 9-1 to start her career. She most recently won her UFC debut back in June of this year, a submission win against Hannah Cifers. She lands an average of 3.84 significant strikes per minute at an accuracy of 51%. She does absorb 4.35 strikes per minute, but has never been knocked out in her career.

Shana Dobson has lost three fights in a row, most recently in February of this year. Dobson is a similar striker to her opponent, averaging 3.63 significant strikes per minute. Her main issue is striking defense, absorbing 5.62 strikes per minute. Her grappling game is also well below average, with just 0.39 takedowns per every 15 minutes at an accuracy of 25%.

Mike Rodriguez relies heavily on striking, averaging 4.30 significant strikes per minute. That translates to the fact that he has eight KO/TKO wins in his career. He actually also has two submission wins meaning when he wins, he wins by finish.

His opponent, Marcin Prachino, is 13-4 in the MMA, but has yet to win in the UFC. With a record of 0-2, he desperately needs a win here because he could find himself on the way out. His striking is pretty lacking, averaging 2.39 significant strikes per minute. His striking accuracy is also only 39%. Both of his UFC losses have come by KO in the first-round, so I am not expecting a good effort here.