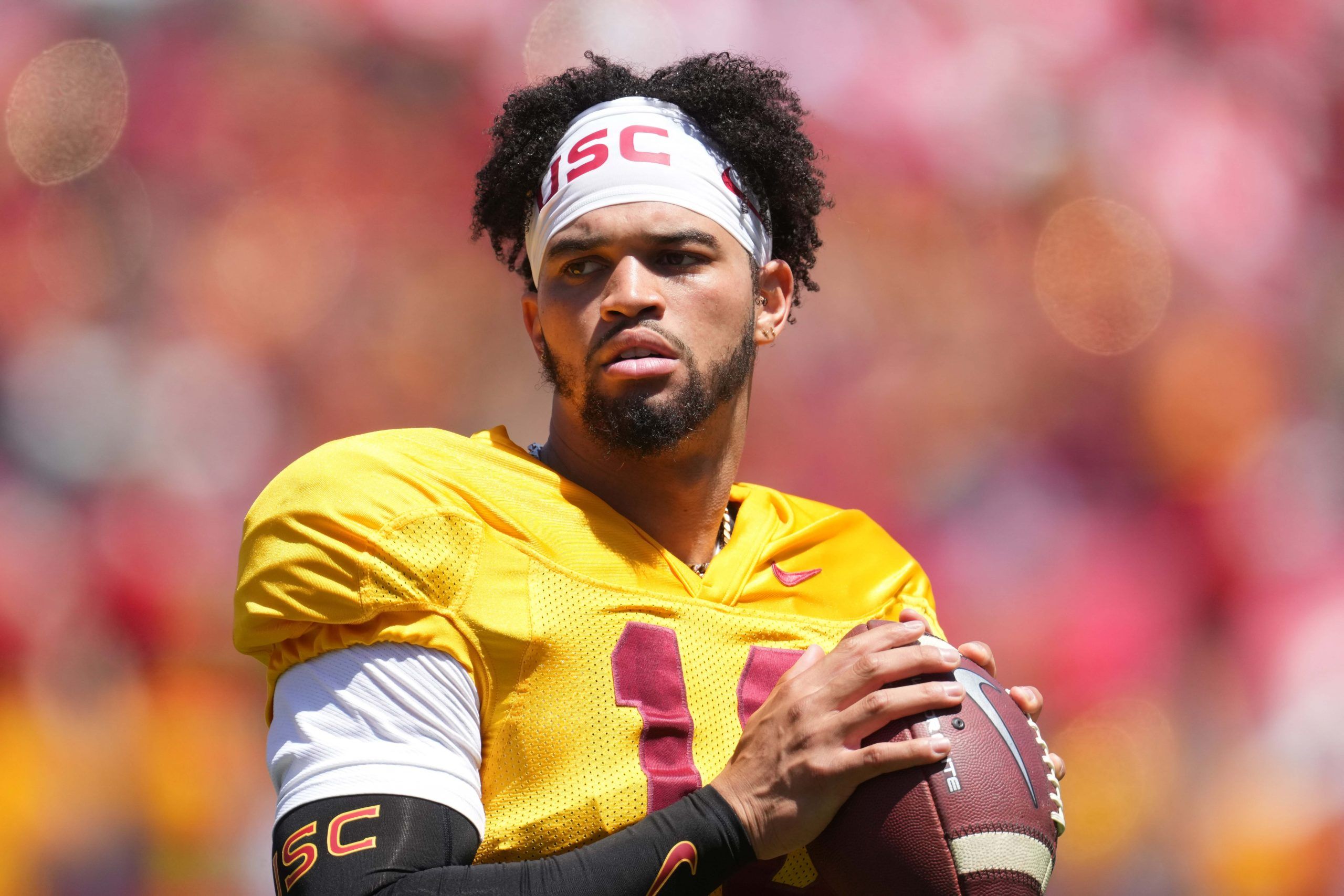 Deputy Editor for Pickswise. Lover of all US sports and Southampton FC.
Updated: 7:51 AM ET August 16, 2022

USC had a dispiriting 2021 season, winning only 4 games and losing a number of contests by embarrassing margins. But the program was active in the offseason, determined to put last season’s poor effort in the rearview mirror. Lincoln Riley was recruited to become the new head coach in the offseason’s first big splash. He was quickly able to bring along Caleb Williams, Riley’s dynamic quarterback at Oklahoma a season ago. Along with Williams came a number of talented players to bolster the offense. But can this new-look roster take the Trojans to the top of the PAC-12 again?

With the 2022 college football campaign beginning later this month, it’s time to take a look at what this season could have in store for USC.

USC comes in at +2500 to win the College Football Playoff. That checks in alongside Texas A&M and behind Clemson.

The Trojans are +220 to win the PAC-12 title, making them the favorites in the betting market.

It was quite an embarrassing 2021 season for USC all things considered. The Trojans were pretty much dead on arrival and finished with just 4 wins last year. USC dropped its last 4 games while finishing with a conference record of just 3-6. Furthermore, the Trojans’ performance was so poor that 4 of their last 5 losses were by double-digits. The season was mired by injuries at the quarterback position and a defense that was overwhelmed. By the time November rolled around, it appeared as if the Trojans had quit on their coach and the rest of the campaign. Overall, it wasn’t the proudest moment for a program that’s national relevance seemed to be fading.

Despite last season’s struggles, a host of major offseason changes could give USC the spark it desperately needs. Riley should ultimately Hollywood, but I am not certain it will come this year. For starters, he will have to replace seemingly the entire roster in an attempt to restore the program to national relevance. Bringing Caleb Williams and Mario Williams with him to Los Angeles from Norman was a great start. Grabbing a trio of stud wideouts in Mario Williams (Oklahoma), Jordan Addison (Pitt) and Brenden Rice (Colorado) was even better. However, Williams will have to make some improvements to take the next step and compete for national championships. Until then, this USC team falls just short of a New Year’s Six bowl game contender in my eyes.

USC currently has the fifth-best odds to win the National Championship at +2000 and the Trojans are the favorite to win the conference. These are pretty lofty expectations for a team going through a ton of changes. The Trojans’ offense should be fine, but their defense will likely take some time to build up to an elite level. This will leave the offense to carry the weight with little room for error this fall.

For my best bet, I’ll be backing USC under their win total of 9.5 wins. The Trojans absolutely have a cast of all-stars on offense, but questions remain on defense. New defensive coordinator Alex Grinch is in the midst of a major overhaul in the secondary and defensive line. That should be enough cause for concern against some of the offenses USC will face this fall. The Trojans have a few difficult home games against Fresno State and Notre Dame, plus road dates with Utah, UCLA and Oregon State. Games against Washington State and Stanford could also prove to be tough for USC’s defense.

In order for the Trojans to win 10 games, they will likely need to win at least 1 contest in which they won’t be favored. Even if the Trojans get an excellent season from Caleb Williams and their offense, those defensive shortcomings could lead to a 9-3 finish. With most bettors expecting a strong season from USC, I think it’s fair to temper expectations a bit.