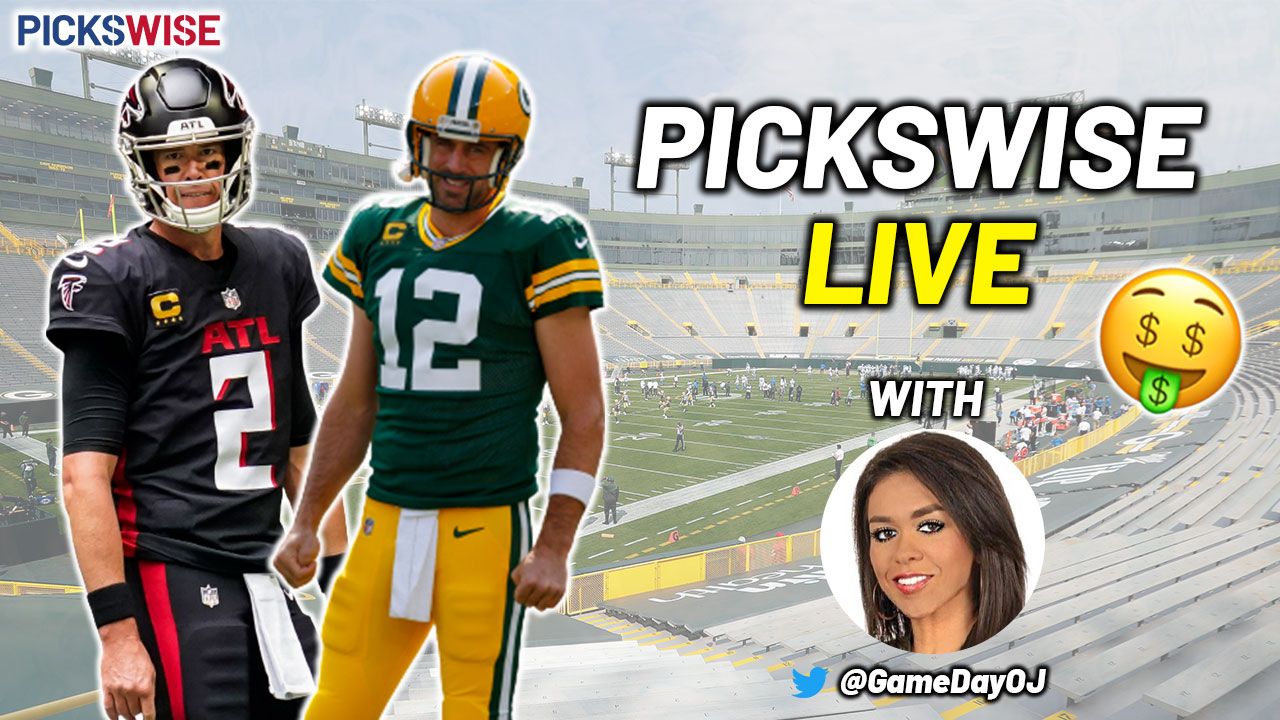 It’s no secret that Pickswise NFL Show host Rachael Van Oranje is a massive Atlanta Falcons fan, and she’s welcoming everyone into her living room to watch her beloved team take on the Green Bay Packers tonight on Monday Night Football.

To make things even more interesting, we’ve given Rachael $100 to place a bet on any market in the game. So not only will @GameDayOJ‘s Atlanta pride be at stake, but there’s money on the line as well!

If you’re considering a bet on the game, check out our game preview, where we look at the spread and totals markets. We also have our best bets for the player props markets.

Everyone can join Rachael by heading over to our Twitter page @Pickswise and using the hashtag #PickswiseLIVE. She will be live from 8 p.m ET.

If you’re looking for a betting angle for tonight or any other game, we’re also inviting viewers to ask Rachael questions which she will answer throughout the night.

With the way the Atlanta and Green Bay offenses have started the season, this one has all the makings of an explosive encounter, and you can be there alongside Rachael to experience every thrill on Monday Night Football.