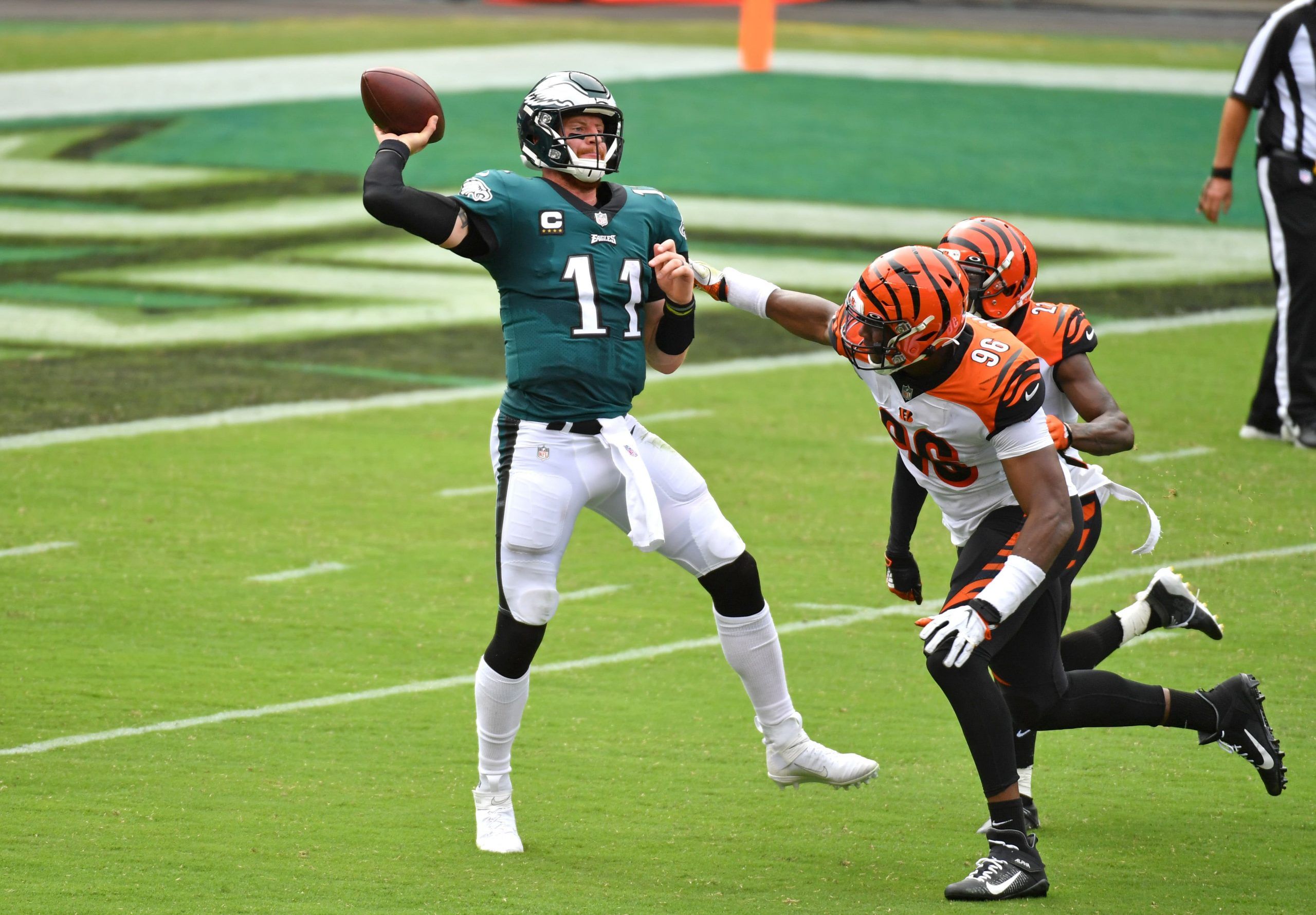 The 2020 NFL season has not started well for Carson Wentz.

Those below-par performances have seen the Eagles start the season 0-2-1. With rookie Jalen Hurts waiting in the wings, time could be running out for the former number two draft pick.

Philadelphia’s head coach Doug Pederson has stated that he has no plans to bench Wentz, but is that the right decision? Is it time for the Eagles to move on from Wentz, or is it all an overreaction?

Our experts discuss one of the NFL’s biggest talking points in the video below, and try to find out what exactly has happened to Carson Wentz.