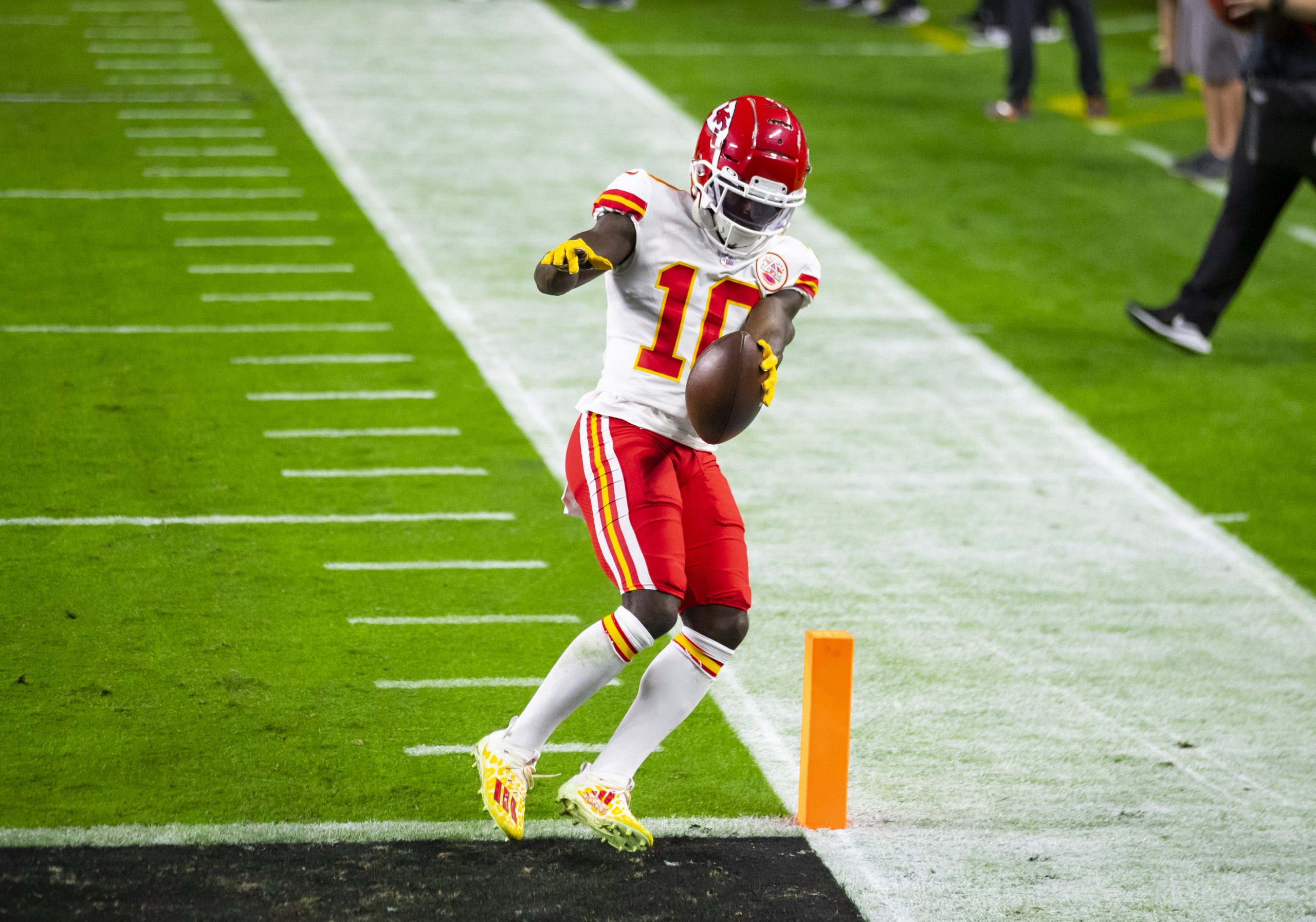 As we start to creep closer to the NFL postseason, we’ve got a huge game from Raymond James Stadium as the Tampa Bay Buccaneers host the Kansas City Chiefs. The Bucs dropped to 7-4 last week and are in desperate need of a win if they’re to have any chance of winning the NFC South. However, in their way is Patrick Mahomes and the 9-1 Chiefs, who offensively have been blowing it up of late.

This should certainly be an entertaining game, but one way of making it even more intriguing is by betting a same game parlay. We cashed a 33/1 winner on Thanksgiving in the game between Washington and Dallas, and look to do the same here at similar odds with FanDuel Sportsbook. We’ve also got thoughts on the side and total, which you can find out in our full game preview.

The benefit of same game parlays is that you can put together plays that correlate with each other. I expect the Chiefs to flex their muscles in this one, so it is reasonable to expect Tyreek Hill to have a big day, while Tom Brady somewhat struggles. However, by adding in Mike Evans to score a touchdown, which is very possible, the odds get a huge boost.

The Buccaneers have looked sloppy in quite a few games this season and they’re finally starting to be punished for it. They looked horrible in defeat to Chicago earlier this season, and barely got by a hapless Giants team before being embarrassed by New Orleans. Now they just got smoked by the Rams in a game that was not nearly as close as the scoreline suggests.

Kansas City, meanwhile, improved to 9-1 with victory against Las Vegas on Sunday Night Football and their scoring lately has been out of this world — they are averaging 36.5 points in their last four games. Where I think they will really have the edge is in the slot, where players like Travis Kelce and Tyreek Hill will be used to make the Tampa defense pay. In the Bucs’ game against the Rams, Cooper Kupp and Robert Woods combined for an insane 275 yards off 23 receptions. I expect a similar effort from Kelce and Hill, and that Tampa Bay won’t be able to keep up with KC scoring-wise.

Speaking of Tyreek Hill, I think he has a big day in terms of yardage, mostly for the reasons I just highlighted. Hill can tear defenses apart with ease thanks to his lightning-quick speed, and I think his versatility as a receiver gives him more upside than picking Travis Kelce in this spot. It’s also worth noting that Hill has been running riot recently. He has registered at least 98 yards in each of his last three games, while also scoring five touchdowns in that period. If the Chiefs have a big day offensively, expect Hill to be at the heart of it.

Mike Evans has scored at least one touchdown in eight of Tampa Bay’s 11 games this season, and I think he’s got a good shot at improving that record even further. For starters, the fact that the over/under is 56 points suggests that plenty think this could turn into a bit of a shootout. If that happens, that only increases Evans’ chances of being on the receiving end of a TD pass. He often sees plenty of throws come his way from Tom Brady, and considering the Chiefs have allowed five touchdown passes in their last two games (and 62 total points), Evans is a great odds booster for this parlay.

Throwing in Tom Brady to register under 287.5 passing yards in combination with an Evans score is what makes these odds so big, but overall I don’t think it’s beyond the realms of possibility. For starters, Brady has topped this line just four times in 11 games this season, while the Chiefs have allowed an opposing QB to reach the 300 mark just three times. Kansas City has allowed just 6.8 yards per pass attempt this season, which is tied fifth for the fewest in the league. Also, this line is so high that Brady could have a great game and STILL not hit the over. A prime example is Derek Carr last week, who threw three touchdown passes but still only hit 275 yards.

Also, let’s not forget that Brady had a horrible game against the Rams last week. I understand that L.A. boast the best defense in the league, but Brady still only had 216 yards off 48 pass attempts, while throwing two interceptions. I know TB12 plays his best football when people start to doubt him, but I’d much rather take the under here to give this parlay some huge odds on four plays that are all very possible.