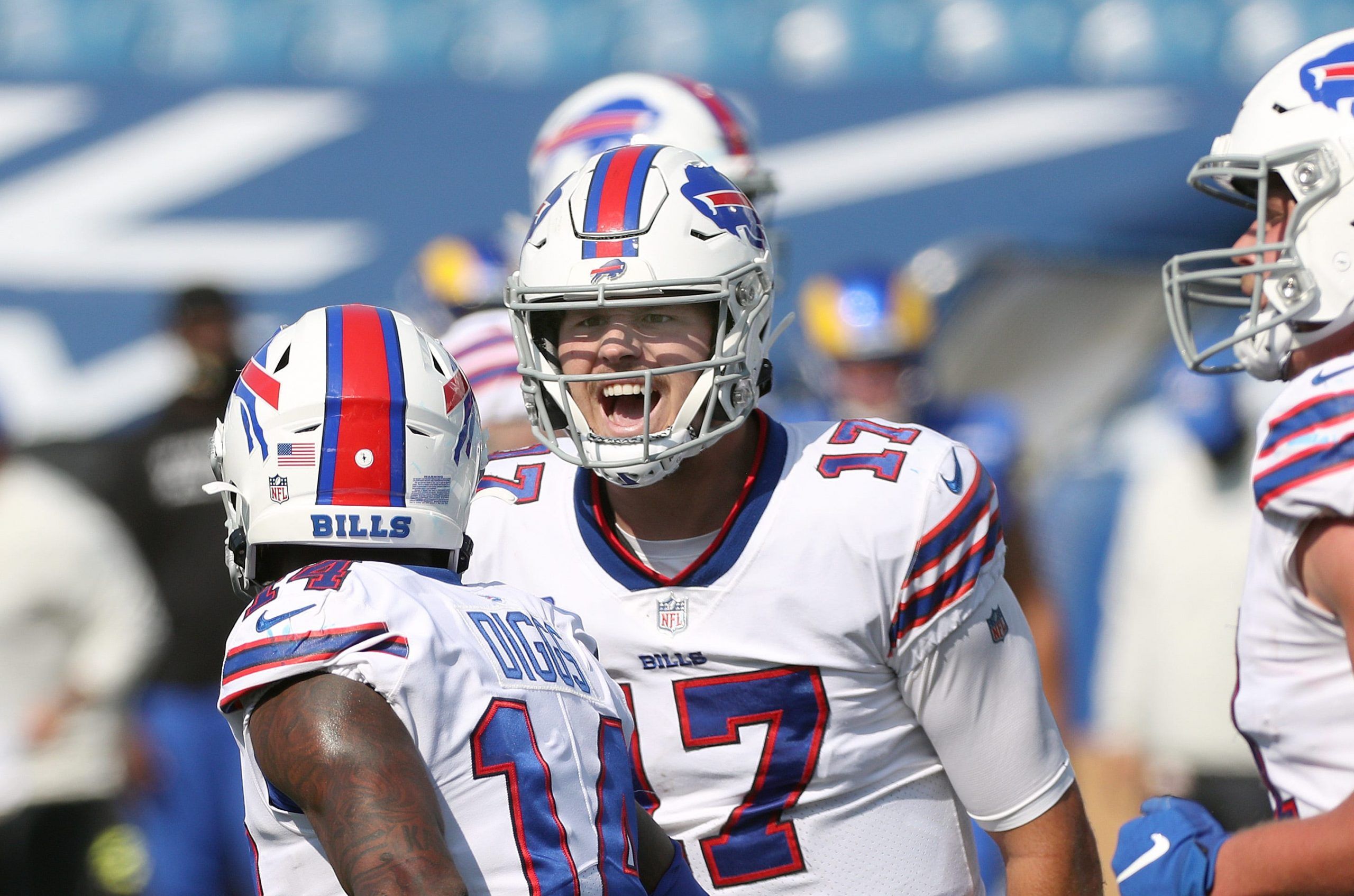 The Buffalo Bills head back to State Farm Stadium in Arizona three weeks after their heartbreaking loss to the Cardinals on DeAndre Hopkins’ last-second Hail Mary touchdown catch. This time, though, they’ll be taking on another opponent, as the San Francisco 49ers have been forced out of their home state due to coronavirus restrictions and are temporarily relocating to the Phoenix area.

The 8-3 Bills come into Monday night in first place in the AFC East, but the defending NFC champions are no easy task, even if they’re currently in last in the toughest division in football. This game has huge playoff implications for both conferences, and the only way to make it even more exciting is by betting a same-game parlay.

The Bills turned more to the running game and Singletary in particular last week and it worked. They’re a playoff-caliber team but their defense has been shaky in the big moments, and the 49ers will look to their biggest target with the game on the line, much as the Cardinals did with Hopkins.

The Bills haven’t faked their way to 8-3. If anything, they should only have two losses. This is an organization whose long-term plan has put them in the perfect position to make a run this year. They’re already 2-1 against the NFC West and should survive four quarters against a 49ers team that, without Jimmy Garoppolo, George Kittle, and Nick Bosa, doesn’t exactly look like the team that made the Super Bowl last year.

The even money line odds of -106 for both teams makes this an even more enticing bet, as the Bills definitely create more value at that price.

Samuel is without a doubt Nick Mullens’ favorite target. In his return to the lineup last week, he caught 11 passes to lead the team. The Bills’ run defense is prone to allowing big plays to let opposing teams quickly march down the field, after which they turn to the air in the red zone. San Francisco will have plenty of opportunities in Buffalo territory, and they’ll target Samuel over anyone else.

The Bills changed their gameplan against the Chargers last week, going with a ground-heavy game after two weeks of using mostly the passing game. Allen attempted only 24 passes in that game, and while he’ll most likely be able to run more plays this week, he’ll probably need at least ten more pass attempts than last week in order to secure 24 completions. With the ground game working for Buffalo, it’s hard to see that happening.

Singletary was quiet out of the backfield in the Bills’ previous two games leading up to last week, but he ran for 82 yards on just 11 touches against the Chargers. The Bills have been using Zack Moss as more of a short-yardage back and Singletary has been the weapon of choice to gain chunks of yardage downfield. He should have another big night against a 49ers’ defensive line that has gotten progressively worse in the absence of Bosa. The Bills’ run defense had its best game in weeks and should be able to contain Raheem Mostert, who averaged less than three yards a carry last week.