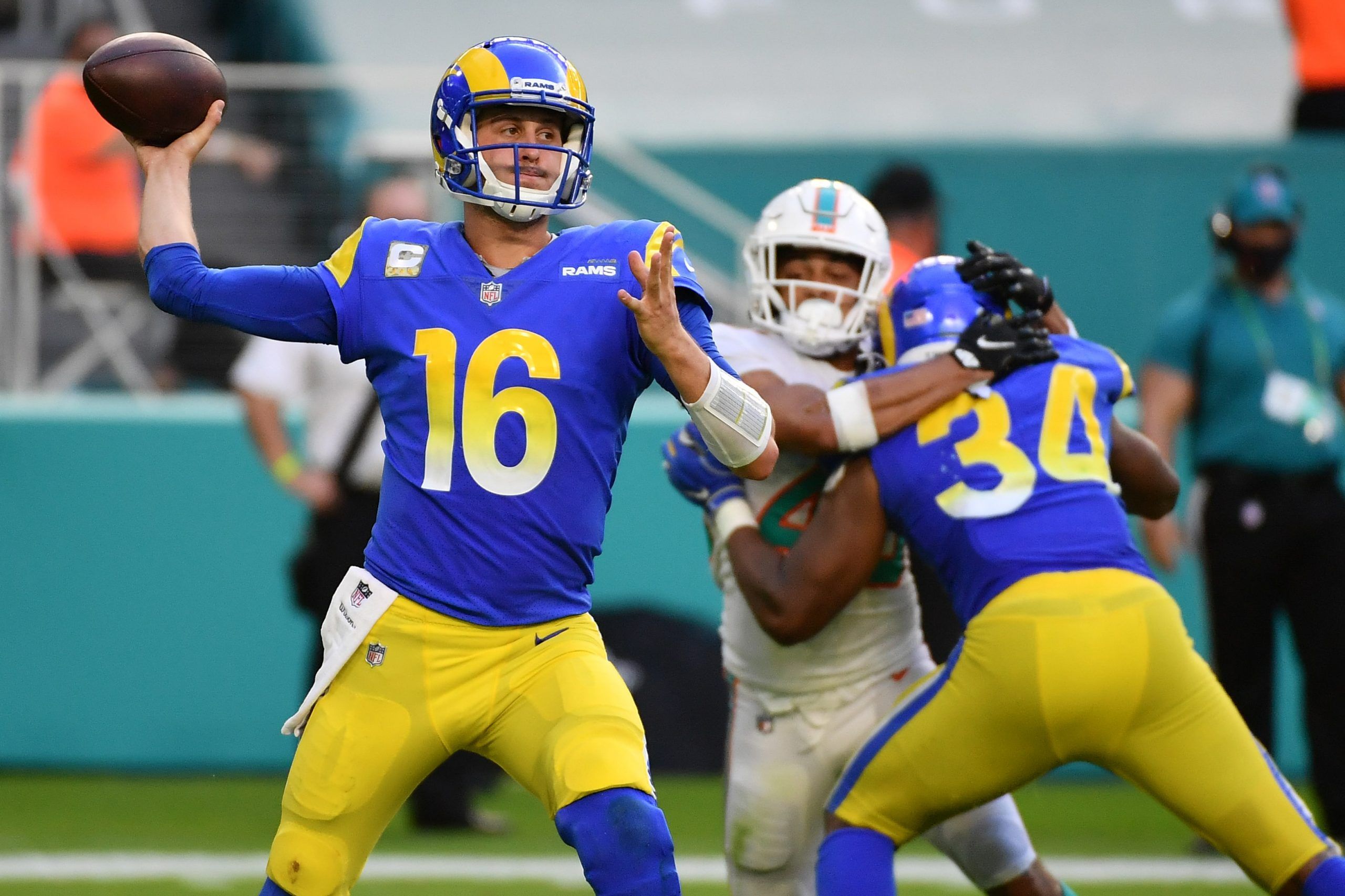 We’ve got a really fun NFC West matchup here with massive playoff implications as the Arizona Cardinals host the Los Angeles Rams. It’s not hyperbole to say this feels like a must-win game for both teams. The Cardinals are in a bit of a slump, while the Rams just lost on a last-second field goal to the 49ers. Both are now playing catchup with the Seahawks, and I can’t wait to see how this one plays out in the NFL’s toughest division.

What better way to make an already exciting game even more thrilling than with a same game parlay? Let’s take a look at the best such option for this matchup, with a payout north of 65/1, and be sure to check out our full preview of the game for picks on the side and total.

The value of same-game parlays, of course, is that all of their components can be correlated if you so choose. A couple of these are correlated, and then by throwing in the under we get a huge odds boost. Let’s break ’em all down one by one.

I think there’s a good chance that the Rams win this game big. Arizona was always clearly overrated, and now they’re starting to fall apart. They’re just 1-3 in their last four games, with the one win in that span coming on a fluke last-second Hail Mary. Kyler Murray’s shoulder is clearly bothering him, and I think that’s going to be a big factor here.

Teams have figured out Kliff Kingsbury, and Murray isn’t going to suddenly turn it around here against this elite Rams defense. Sean McVay loves scheming against this Arizona defense, and Los Angeles won both meetings last year by a combined 34 points. I think the Cardinals’ slump continues here.

If the Rams win this game by ten or more, then Goff almost certainly played a lot better than he did last week. He had a down game against a resurgent 49ers defense that just got Richard Sherman back, but he had at least 302 yards in each of his three games before that. The only times Goff really struggles are when he’s under pressure, but the Cards aren’t able to get much of a pass-rush going without All-Pro Chandler Jones in the lineup. The Rams’ offense will get back on track here, and Goff should clear 270 relatively easily.

I think Akers is going to play a bigger role here than most people think. He was electric last week, turning nine carries into 84 yards and a touchdown. That should earn him a lot more carries this week, and I think he finally has Sean McVay’s trust. Darrell Henderson hasn’t looked good since returning from injury, so it wouldn’t surprise me if the second-round rookie takes over this backfield moving forward. It also doesn’t hurt that he’s facing a porous Cardinals run defense that’s giving up 4.5 yards per carry this year.

We get a huge odds boost for throwing in the under here, when we certainly don’t need a shootout to cash the three props I just laid out above. If the Rams win this game by ten or more, it’s going to be because their top-tier defense played lights out. Nobody seems to be paying much attention, but the Rams are first in the league in yards per pass attempt allowed at 6.2 and sixth in yards per rush attempt allowed at 3.9. They’ve got playmakers at all three levels, and Aaron Donald should make life miserable for Murray. DeAndre Hopkins is going to have to deal with Jalen Ramsey, who just completely shutdown D.K. Metcalf a couple weeks ago. With the way the Cardinals’ offense has been trending, it wouldn’t surprise me at all if they only finished with 10 or 14 points.