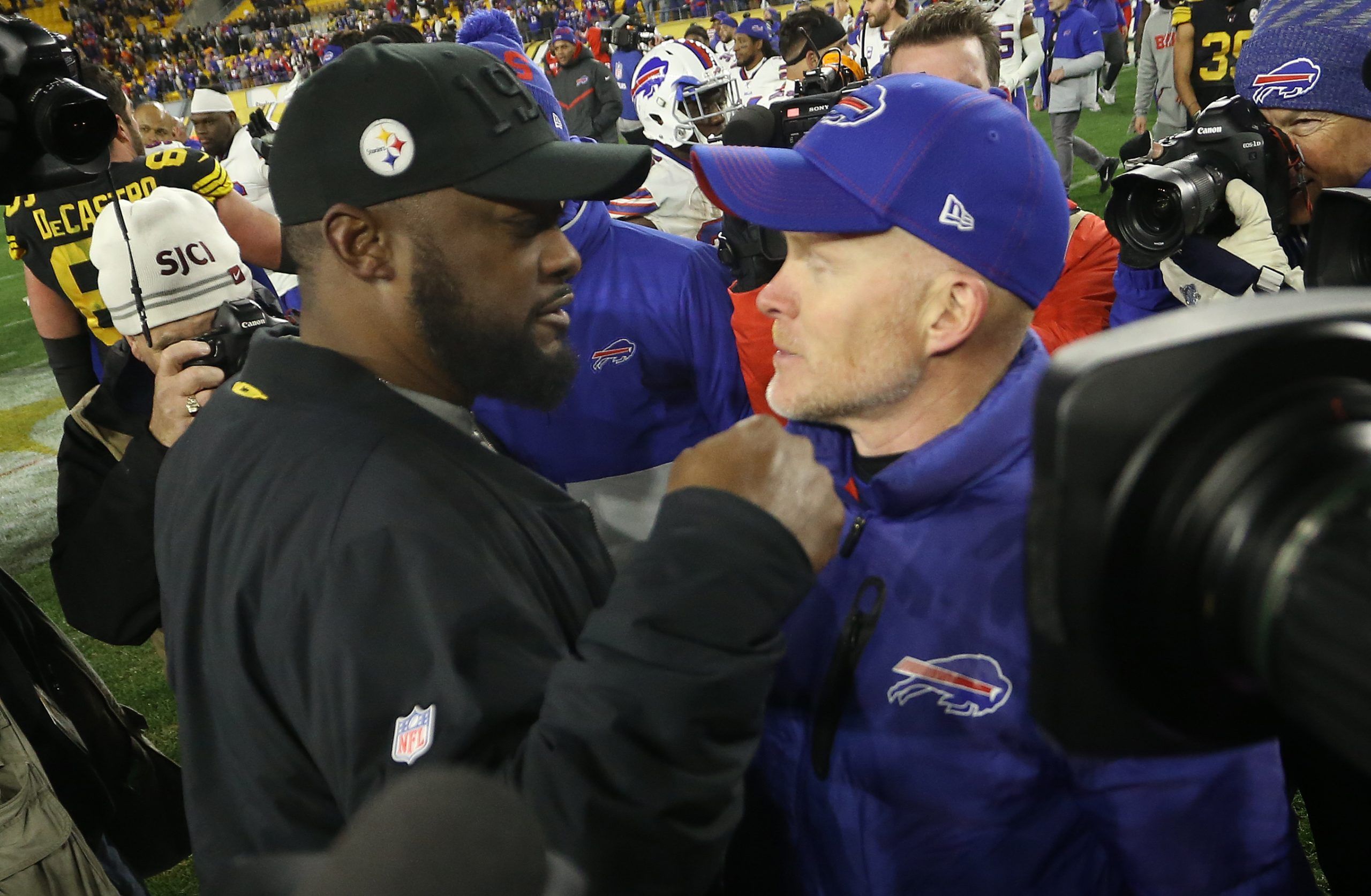 The top seed in the AFC is at stake as the Pittsburgh Steelers travel to Buffalo to face the Bills on Sunday night. The Steelers, coming off their first loss of the season against the Washington Football Team, are now tied with the Chiefs at 11-1, and one more loss could force them to play in Wild Card Weekend and forgo the only bye awarded to the top team.

The Bills present a tough task – at 9-3, they’re on track to make the playoffs for the third time in four seasons under coach Sean McDermott, and are favored by two points. Buffalo and Pittsburgh played a Sunday Night game in December last year that the Bills won 17-10. Pittsburgh was missing Ben Roethlisberger, though, so this year’s battle should be more high-scoring.

The only way to make this intense, important game more exciting is by playing a same-game parlay. This is the option we’d recommend to make sure you stay on the edge of your seat all night long.

While the combined individual odds of each of these props totals just +1262, FanDuel is offering this three-way same-game parlay for an incredible price of +2195. Let’s break it down one by one.

The Bills can defend the pass, but their defensive line is probably their greatest weakness on either side of the ball. Conner missed last week’s game against Washington and the Steelers completely abandoned the run, going with 53 pass attempts versus just 14 rushes. But they only scored 17 points, and their top threat in the backfield returns to face one of the easier defenses in the league to run through. Pittsburgh will look like a completely different team on offense, and their run approach should lead to at least one touchdown over the course of the game.

While the Bills often struggle to stop the run, their defense is still one of the better units in the league. All-Pro defensive back Tre’Davious White is having as dominant of a season as he did last year, and while the stat sheet might not show it, that’s because quarterbacks don’t even consider throwing his way anymore. The Steelers have arguably the best defense in the conference, but their offense hasn’t been putting up big numbers recently, and they’ll most likely go with a different gameplan to the one they used last week. The total has finished at 40 or under in each of Pittsburgh’s past three games, and expect it to stay that way on Sunday.

Slot receiver Cole Beasley is one of Josh Allen’s favorite targets. With the top opposing cornerback usually manning Stefon Diggs, Beasley is able to exploit his matchups to his advantage. A tremendous athlete despite his 5’8’’ stature, Beasley has gone over 100 yards four times this year, including twice in his past three games. He had 20 catched combined in those two games, and while he won’t be the weapon of choice on a Hail Mary, Beasley and Allen should connect on enough short, over-the-middle passes to surpass 55 yards on the night.