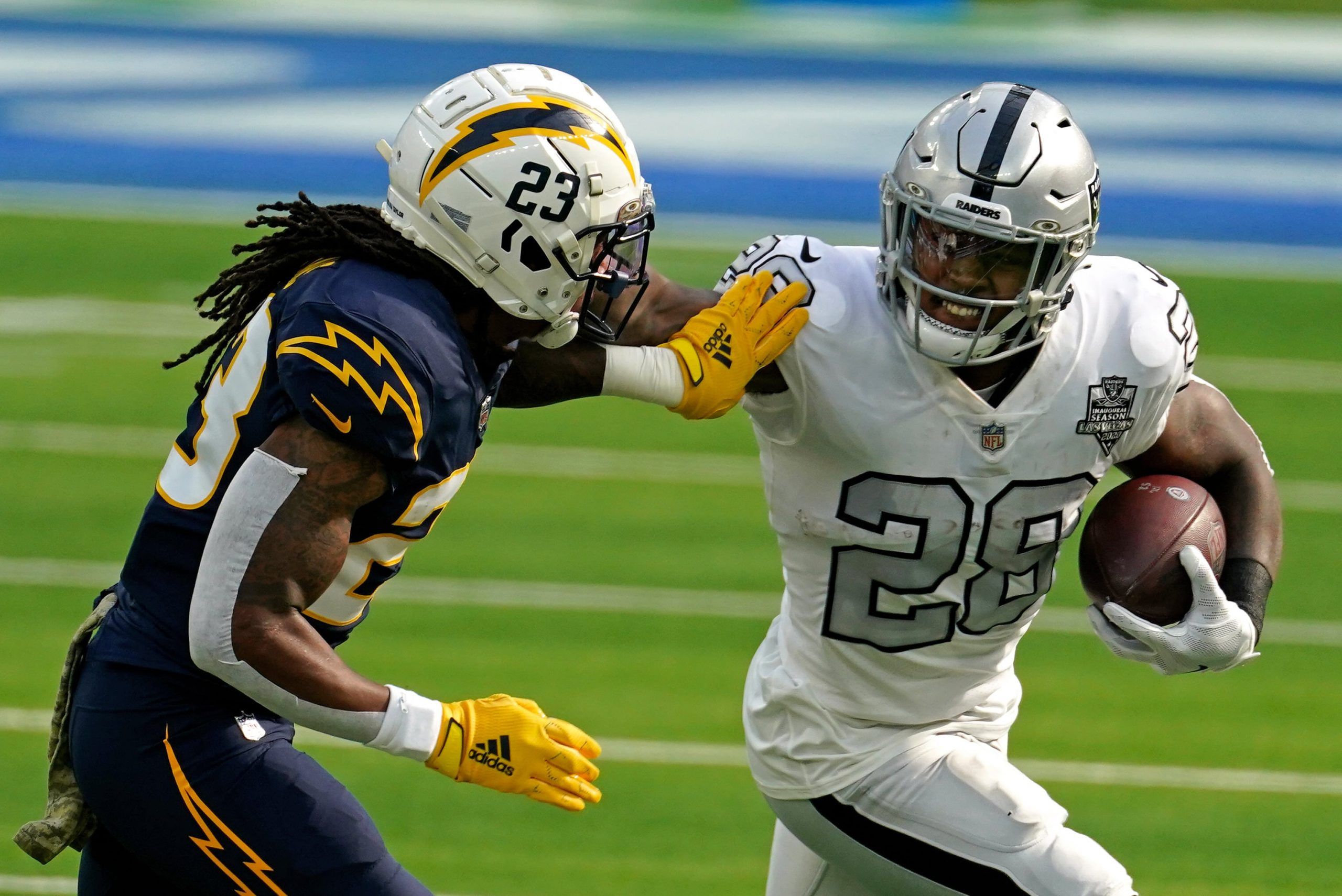 Thursday Night Football here in the AFC West as the Las Vegas Raiders host the Los Angeles Chargers. The Chargers are just playing out the string in what are likely Anthony Lynn’s final games as head coach, while the Raiders are fighting to keep their playoff hopes alive after a very disappointing loss to the Colts.

This is a standalone primetime game, and one way of making it even more exciting is by betting a same game parlay. We’ve also got thoughts on the side and total, which you can find out in our full game preview. If you’re new to same game parlays and want to find out more, be sure to check out our handy guide, which details how they work and which sportsbooks currently offer them.

The benefit of same game parlays is that you can put together plays that correlate with each other, while also adding something slightly contradictory to give it a big boost. I think the Raiders win this one comfortably, which means a couple of their key offensive players should have big days. Then by throwing in the under we get a huge odds boost, when we certainly don’t need a shootout to cash this.

I think there’s a good chance that the Chargers completely no-show for this one. They’re arguably the worst-coached team in the league, so things could get pretty ugly on a short week. Remember, this is a team that got blown out 45-0 by the Patriots a couple of weeks ago. Los Angeles struggles mightily whenever there’s a coaching mismatch, and that’s certainly the case here with Lynn and Jon Gruden. The Chargers have nothing to play for, while the Raiders are fighting for their playoff lives. Los Angeles’ offense has been declining rapidly, and I’m not holding the Raiders’ loss to the Colts against them too much. That game was a lot closer than the final score indicated, as the Raiders had nearly the same yardage as Indy.

If the Raiders are winning this one by multiple scores, then that means Jacobs almost certainly found the endzone. The Chargers are giving up 4.6 yards per carry this season, the ninth-worst figure in the league. Jacobs didn’t score last week in the loss and he got hurt in his previous game, but he had scored a touchdown in three straight games before that. If the Raiders are up big in this one that also means they’ll be running the ball a ton in the second half, giving Jacobs even more opportunities. I think Gruden is going to make getting him the ball a priority.

Raiders play named after Kobe Bryant: Josh Jacobs runs over someone for a first down.

If the Raiders are winning this one big, it also probably means their new top receiver had a big day. Agholor has been a revelation this year, and the deep threat could cash this prop with just one or two catches. He’ll likely have a lot more than that though, as he racked up 100 this past week. Now with Henry Ruggs hitting the COVID-19 list, he should get even more looks from Derek Carr. He has 20 targets in his past two games, and Gruden clearly trusts him. The Chargers’ secondary has been leaky recently, and top cornerback Casey Hayward isn’t playing anywhere near his usual level as he’s dealing with numerous injuries. Agholor had a 36-yard catch last week, and recently had a four-game stretch where he had three receptions of at least 44 yards. He’s going to get behind the defense at least a couple of times Thursday night.

Taking the under here along with these other props gives us a huge oddsboost. I don’t think there’s much of a contradiction here though, as we certainly don’t need a shootout to cash. Like I alluded to above the Chargers’ offense has been nosediving, and Justin Herbert has quietly regressed sharply. He’s averaged 6.1 yards per attempt or fewer in four of his last five games, and his incompetent coaching staff has gotten incredibly conservative in recent weeks. Keenan Allen and Mike Williams are also both battling injuries, limiting the upside of Los Angeles’ offense. Gruden just fired defensive coordinator Paul Guenther after the Colts debacle, and the Raiders’ defense should come out with a spark and an all-out effort for new DC Rod Marinelli.