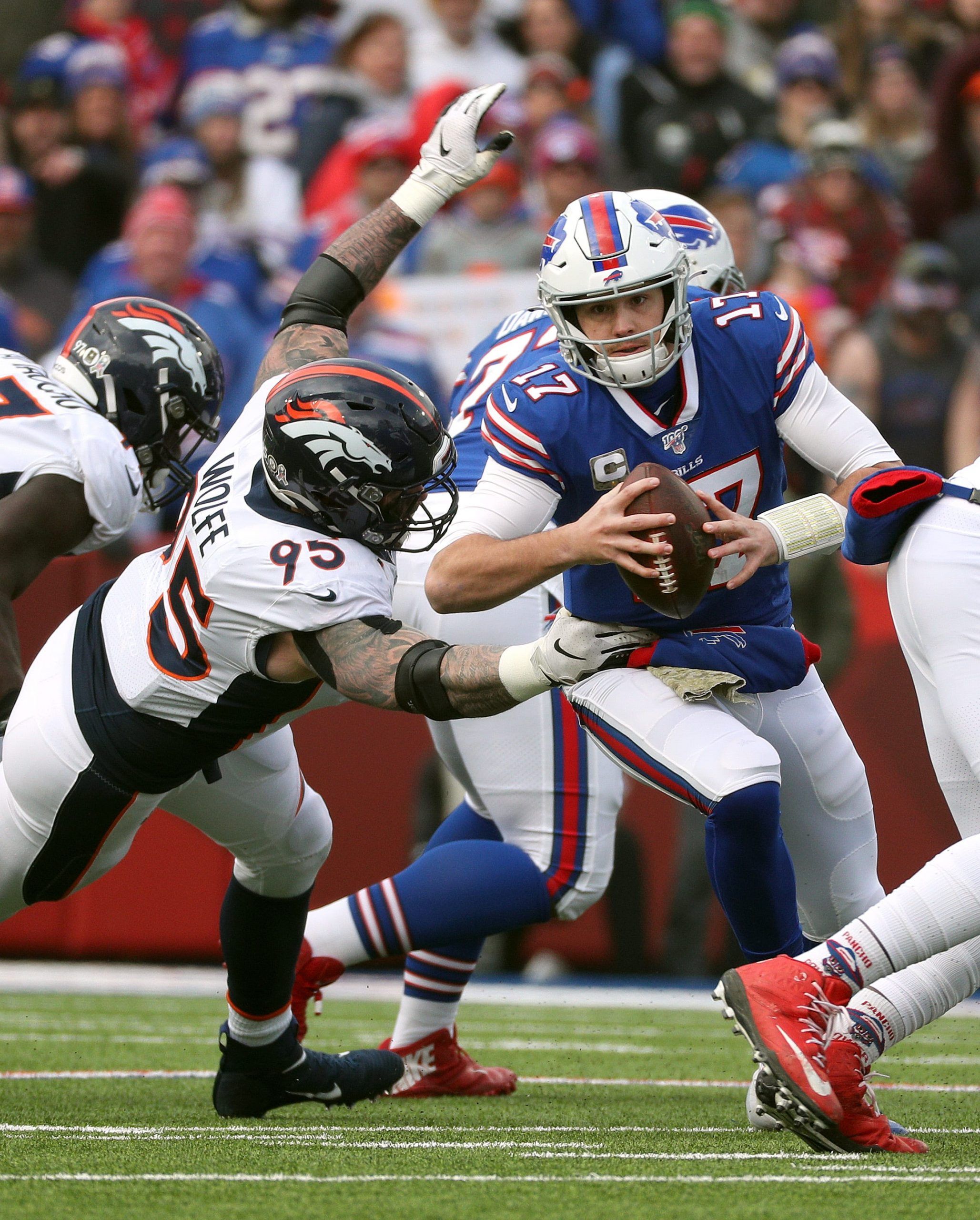 The Buffalo Bills, who haven’t won a division title since the East switched from five teams to four, have a chance to end that streak on Saturday. A win in Denver and they’ll clinch their first division title since 1995. The champagne will be on ice at Mile High, and you can also give yourself a chance to celebrate by playing a same-game parlay. Here’s what we recommend.

While the combined individual odds of each of these props totals +2288, FanDuel is offering this parlay at +2609. Let’s break it down one by one.

The Bills know the stakes on Saturday – win and they won’t have to worry about the Miami Dolphins the rest of the way. Their fate is in their own hands, and the possibility of hosting a playoff game in Western New York, even without fans in attendance, is enough to motivate this team to bring its A-game to clinch the division before Miami even takes the field. The Broncos are a better team than their 5-8 record – they’d sweep the entire AFC East with a win on Saturday, but Buffalo showed last week that they’re one of the most dominant teams in the league. Expect a statement win for the Bills.

While Josh Allen did go to college in Wyoming, he hasn’t taken many reps in altitude the past three years. The Broncos’ defense is one of the worst in the league against the run, whereas they’re top ten against the pass. Look for the Bills to use the ground game more than usual. Devin Singletary should still get the most touches, so don’t look to Moss for any yardage props. But it’s Moss who the Bills like to turn to in short-yardage situations, including goal-to-go efforts. He’s a good bet to find the end zone.

Gordon has received the most touches out of the Denver backfield for three weeks in a row. He’s also gone well over his prop total in three of his past four games. People often associate this Bills team with good defense, but while their secondary is elite, their run defense still remains a weakness, and a team like Denver, with multiple rushing options, will look to exploit that. Both Gordon and Phillip Lindsay were limited participants in practice this week and are questionable to play, but assuming they do, Gordon should surpass 53 rushing yards if he plays the whole game.

Second-year tight end Dawson Knox is quickly becoming another one of Allen’s favorite targets. Knox has caught touchdowns in two of his past three games since returning from the Covid list, and while he won’t put up a crazy statline, it takes just two completions across the middle of the field over the course of the game to hit such a low over. Fellow tight end Lee Smith’s status is up in the air, so Knox, who’s the Bills’ top choice anyway, should see even more snaps on Saturday.