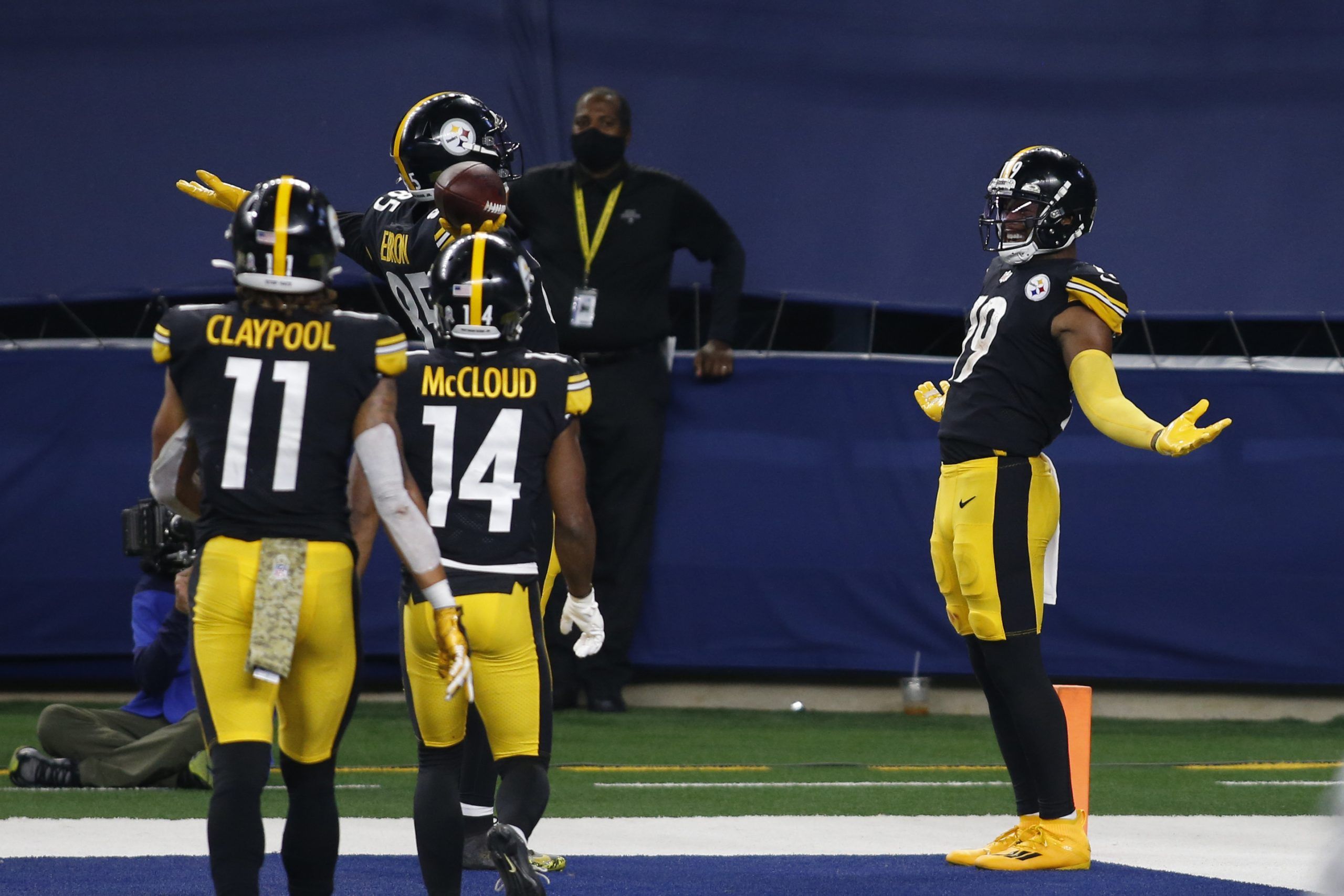 The Pittsburgh Steelers are looking to get back on track on Monday night after two straight losses to the Washington Football Team and Buffalo Bills. The previously undefeated Steelers are now 11-2 and in danger of falling out of the top two in the AFC with one more loss.

Thankfully, they’re playing their weakest division rival, and the Cincinnati Bengals are a team that Pittsburgh can score a win against under any circumstances. A Pittsburgh victory would be their 12th of the season and would keep the pressure on Kansas City, Buffalo, and the rest of the conference in the final two weeks of the season. We’ve created a same-game parlay to make Monday Night Football even more entertaining.

While the combined individual odds of these props totals just +1450, FanDuel is offering this three-way parlay at +2240. Let’s break it down one by one.

Thanks to their outstanding defense, the 11-2 Steelers are still one of the most dangerous teams in the league, and an opponent nobody wants to face come January. Pittsburgh have kept their opponents to 24 points or fewer in 12 of the 13 games they’ve played this year, and they surrendered just 10 points to the Bengals when they last met in Week 10. Without Joe Burrow, don’t expect Cincinnati’s output to be any greater this time.

On the flip side, Pittsburgh’s offense has gone missing. Receivers are dropping passes left and right. True, they’ve faced much stronger defenses than Cincinnati their last few times out, but the Steelers’ offense just hasn’t looked prepared. They’ll win the game, but don’t count on another 36-point effort. This one should stay under 40.

Chase Claypool seems to have returned to Earth after an insane start to the season. Diontae Johnson has dropped too many passes in recent weeks, and the rest of the league has figured out JuJu Smith-Schuster. With that said, James Washington has become one of Ben Roethlisberger’s favorite red zone targets in the latter half of the season. Washington has caught touchdowns in two straight games and now has five on the season, a career-high for the third-year receiver. Many of his counterparts are seeing fewer and fewer snaps, so look for Washington to exploit a favorable matchup and find his way to the end zone.

Bernard has been a fixture in the Cincinnati backfield for the past eight seasons, and while he received just three touches last week against the Cowboys, he’s been the top choice overall for the Bengals ever since they lost Joe Mixon to injury. And by the way, they lost 30-7 last week to the last-place team in the worst division in football, so it’s not likely they’ll go right back to the same gameplan. Against a defense as powerful as Pittsburgh’s, in a game where a win probably does more damage than a loss, Cincinnati will turn to experience and Bernard. He won’t have a monster night, or anything even worth remembering, but odds are he’ll break 30 yards.