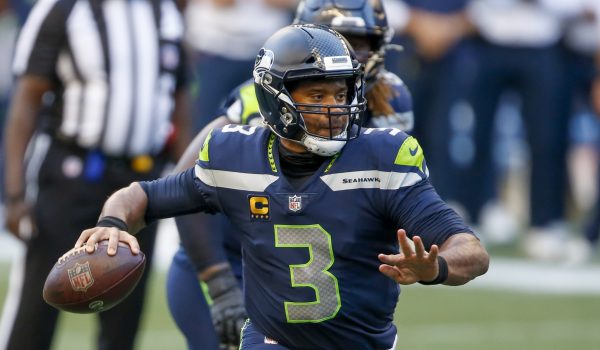 Two teams in heated divisional battles face off in a crucial NFC matchup on Sunday afternoon. The Seattle Seahawks and Washington Football Team have taken drastically different paths to get to the top of their divisions, but for the moment, they’re both in the playoffs.

In what could very well be a preview of a Wild Card Weekend clash, the Seahawks travel to the nation’s capital to face not Alex Smith, but Dwayne Haskins, who makes his first start since Week 4 as Smith sits with an injury. We’ve created a same-game parlay to add to the postseason atmosphere and make this game even more entertaining.

While the combined individual odds of these props totals just +1622, FanDuel is offering this four-way parlay at +2450. Let’s break it down one by one.

Not many around the game considered Washington to be legitimate playoff contenders even as recently as a month ago. They benched their starting quarterback after just four weeks of the season, and most thought they’d continue to spiral from there. But their defense has kept them alive, and while they’ve hardly faced the strongest opposition they’ve won four straight games to reach six total, enough for first place. The Seahawks have been inconsistent recently apart from their blowout of the Jets, and the Washington defense will keep this one tight.

Metcalf might just be the fastest player in the league. He’s been Russell Wilson’s favorite target all season, with multiple receptions in every game and ten touchdowns. He’s gone over 100 receiving yards five times and finished in the 90s a further three. If anyone’s going to beat the Washington defense and end up in the end zone on Sunday, it will be Metcalf. +120 is great value for a prop that wins more often than not.

Come on. Haskins might not be the most mobile quarterback in the league, but you should take the over on a number this low even if it were Ben Roethlisberger or Tom Brady. Haskins takes over the Washington offense under circumstances he couldn’t have imagined when he was benched in October, and while he’ll certainly throw the ball more than he’ll run it, it only takes one scramble out of bounds or a couple quarterback sneaks to hit this one. Haskins ran for 17 yards in Week 1, so go with the over here.

Wilson should definitely finish over 200, but Washington’s defense is coming to play. Rookie defensive end Chase Young has become one of the most feared players in the league for quarterbacks and offensive linemen alike, and Wilson won’t have as much time as he wants throughout the game with Young and Montez Sweat putting constant pressure on him through four quarters. Despite his four touchdown passes, Wilson threw for just 206 yards against the Jets last week and has failed to hit 265 in five straight games.

NFL 6h ago
How the return of fans could impact NFL betting: Which teams might benefit most?