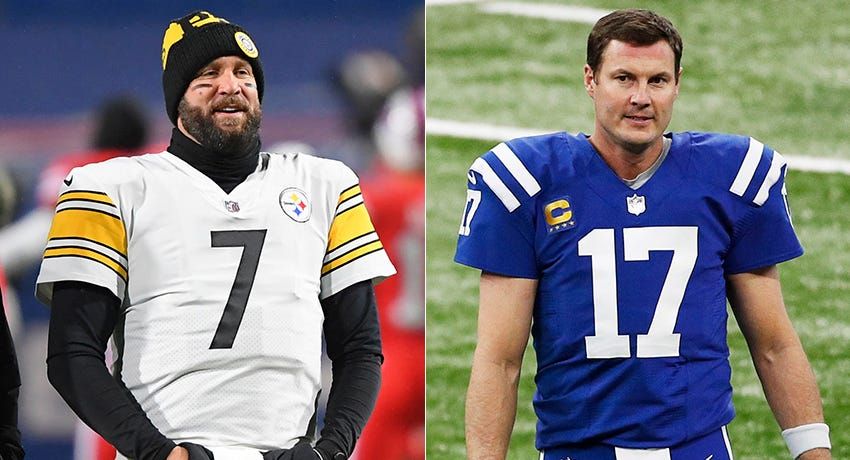 The two AFC divisions yet to be decided could determine their winners on Sunday as the 11-3 Pittsburgh Steelers host the 10-4 Indianapolis Colts. The Steelers have lost three in a row and haven’t looked good doing it, and they’ll face an even tougher challenge this week as their defense matches up against the relentless Indianapolis offense.

If the Steelers manage to reverse course and win, they’ll finally clinch the AFC North that’s looked out of reach for weeks but has become interesting as the season comes to a close. The Tennessee Titans will win the South if they beat Green Bay and the Colts lose to Pittsburgh. With playoff hosting rights on the line, the only way to make Sunday’s game even more exciting is by playing a same-game parlay. We recommend this four-way play.

FanDuel is offering this parlay at +1568. The great thing about an SGP is that the props are correlated – you can select props that are more likely to happen as a combination, and still receive the odds boost. Let’s break it down one by one.

At the time of writing, the over-under for this game sits at 43. While that number makes sense for any Steelers game, it’s a shockingly low total for the Colts, who have scored at least 26 points in eight of their past nine games. Their defense is error-prone, and while Pittsburgh’s offense is struggling, they showed earlier in the season that they have the capability to move the ball down the field like a playoff team. In such an important game, look for them to do just that. While five points can make all the difference in the world, it’s still less than a touchdown, so bump the total up 4.5 for much better odds.

Conner missed last week’s game against Cincinnati with a quad injury, and didn’t do anything notable the week before against Buffalo. But he’s been cleared to go for Week 16 and is motivated to put some numbers up on the stat sheet, both for his team’s sake and his own as he heads into free agency. The Colts have a top-five rushing defense, but they still allow almost 100 rushing yards per game, on average. Conner should receive the majority of Pittsburgh’s touches, and even an average game by his standards will hit the over.

Rookie running back Jonathan Taylor is quickly becoming one of the league’s brightest young rushing stars. Taylor ran for 83 yards and a touchdown last week after three consecutive games of 90 or more. He’s scored at least once in three straight games, and he’ll be the obvious choice for Indianapolis when they make their way into the red zone. While Taylor won’t match the six touchdowns that Alvin Kamara scored on Friday, expect him to find the end zone at least once.

Smith-Schuster made headlines this week when he announced he’ll stop dancing on his opponents’ logos before games following three straight losses. But don’t expect that to change much on Sunday. First of all, it’s a home game for Pittsburgh. Also, whether you do or don’t believe that had any impact on his performance, Ben Roethlisberger certainly doesn’t, and he’s not going to start giving more looks to Smith-Schuster, who has under 100 receiving yards in his last three games combined. After a strong start to the season, he’s broken 40 yards just once in his past five games as Roethlisberger has relied increasingly on other options like Diontae Johnson.