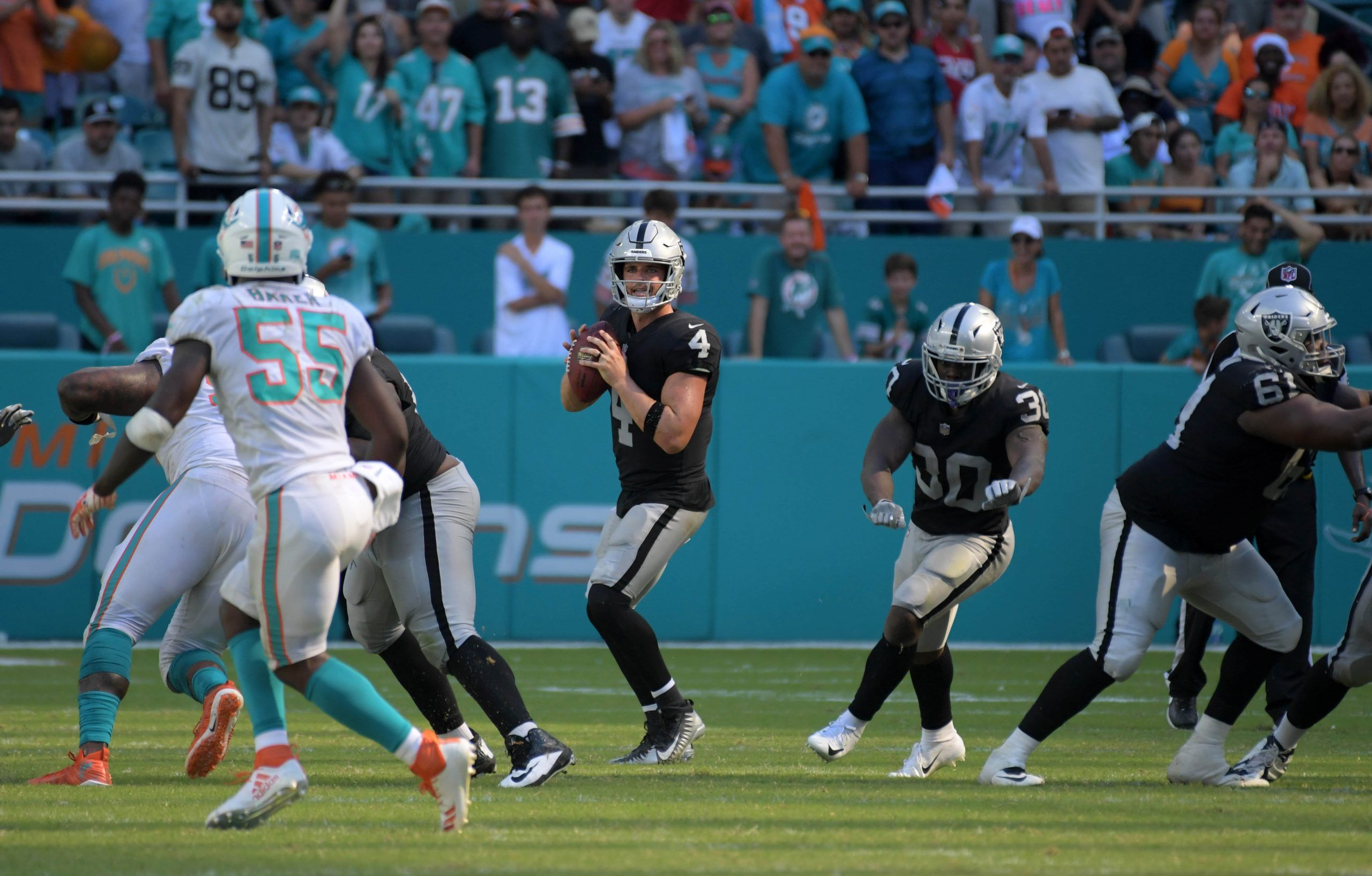 It’s safe to say that this Saturday’s contest is the most important football game the Miami Dolphins have played in years. The Dolphins, who haven’t made the playoffs in four years and haven’t won a postseason game in 20, will most likely need to win out in order to sneak in. They’re currently tied with Baltimore for the seventh and final spot, and while the Dolphins hold the tiebreaker, the Ravens have a much easier schedule and should have no problem finishing 11-5.

Before their Week 17 clash with the Buffalo Bills, the Dolphins have to take care of the Las Vegas Raiders on Boxing Day. The Raiders’ playoff hopes were all but dashed after losing to the Chargers last week, and they’ll be mathematically eliminated with a loss. We’ve created a same-game parlay to make this holiday season game even more exciting.

FanDuel is offering this parlay at +2959. Like all successful SGPs, its elements are correlated and one prop win could lead to the next one. Let’s break it down one by one.

The Raiders’ run defense has been a disaster recently. Last week, against a pass-heavy Chargers team, they allowed an average of 4.6 yards to Austin Ekeler and also surrendered two rushing touchdowns. They had a 100-yard rusher against them in the two games prior to that, and the Chiefs ran for three touchdowns against them in Week 11. Gaskin was activated from the Covid-19 list for Saturday’s game, and he’s been Miami’s top choice whenever he’s been healthy. Salvon Ahmed ran for 122 yards last week, and while he and Matt Breida will provide alternative options to Gaskin, Miami is sure to run the ball enough that Gaskin should surpass 57 yards.

Carr left last week’s game in the first quarter with a groin strain. It hasn’t been confirmed that he’ll start on Saturday, but all indications are that he will. Even so, don’t expect him to have a big day – his team is all but eliminated and is going up against a defense that’s given up 21 points or fewer in five of six games. Carr has passed this total in his last two completed starts, but Las Vegas has no reason to risk further injury to him, so even if he plays, expect more conservative play-calling than we’re used to from the Raiders.

This prop and the first one go hand-in-hand with each other. Opposing quarterbacks have scored against the Raiders in two of their last three games. Tagovailoa has shown a tendency to rely on his running backs – and his arm – to move the ball down the field before taking it in himself from close. He’s run for three touchdowns in the Dolphins’ last two games despite just nine combined carries, and he’ll definitely have that on his mind when he enters the red zone against the Raiders. At excellent odds of +450, he’s a good bet to score again at some point on Saturday.

This provides an excellent boost to your parlay, adding an extra 50% for a total you’re more likely to see in the Washington-Carolina game than this one. The Raiders alone are reason to believe this game should go over 43 – they’ve given up 28 points or more in five straight games, including ones against much worse teams than the Dolphins, but they can move the ball downfield and score themselves. Miami’s defense will keep the total low enough, but the alternate total gives you the flexibility to pick your own number, and this one is definitely low enough to have full confidence in the over.