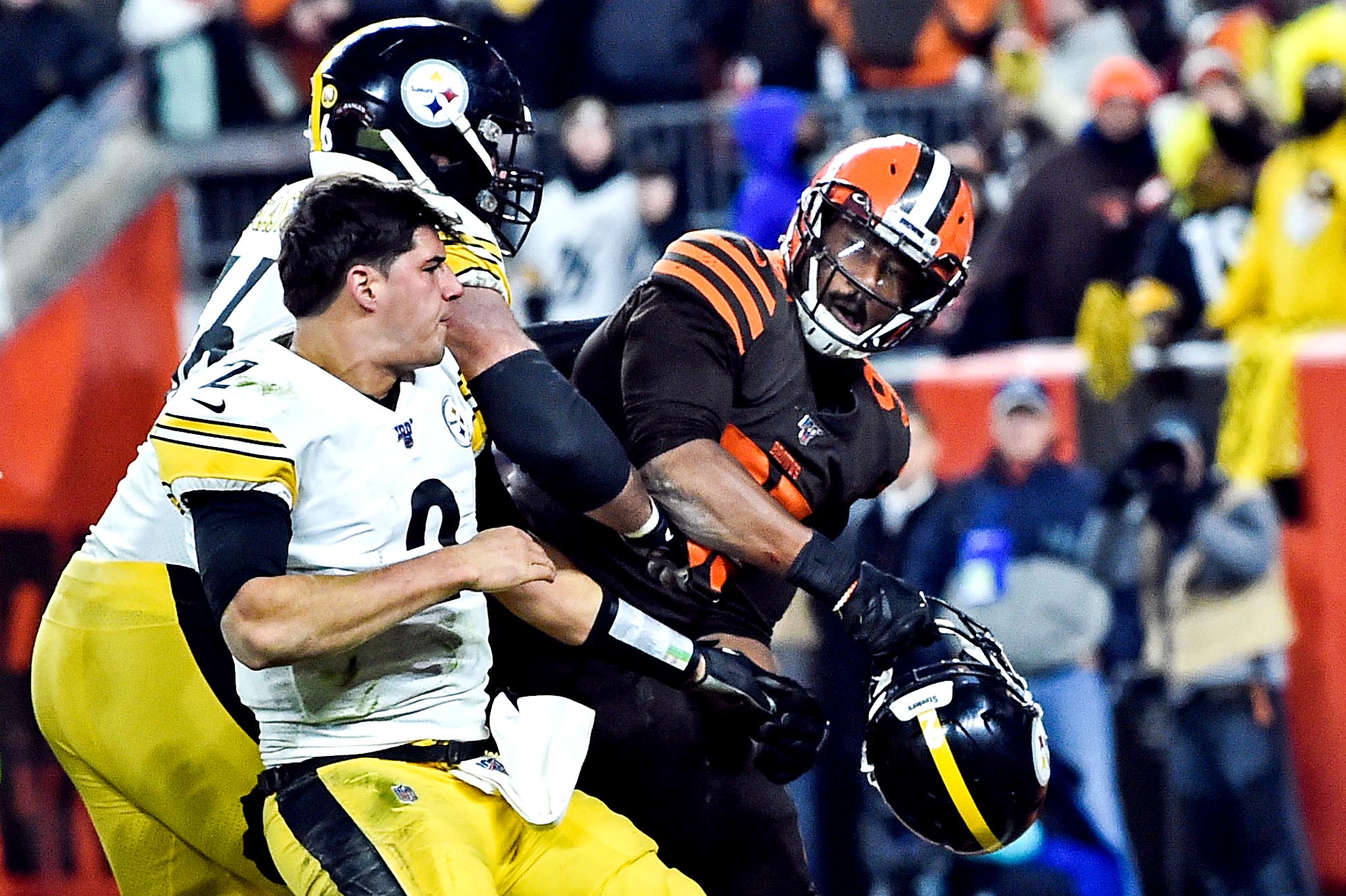 The Cleveland Browns haven’t played a postseason game in 18 years. A win on Sunday would snap the longest playoff drought in the league, and they’ll get to face a Steelers team that’s resting some key starters. While Cleveland won’t be mathematically eliminated with a loss, their odds would be slim at best – so they’re going into Week 17 with a full playoff mentality.

The best way to make this game even more exciting, whether you’re a Browns fan or not, is by playing a same-game parlay that combines interrelated elements of the game – one prop win can directly lead to another. We recommend this four-way parlay.

While the combined odds of these four props multiply to just +1503, FanDuel is offering this parlay at the incredible price of +2211. Let’s break it down one by one.

The Browns come in as the clear favorites after the Steelers announced that Ben Roethlisberger and T.J. Watt, among others, wouldn’t play. But Pittsburgh still has an incentive to fight – if they win and the Bills lose to Miami, the Steelers will get the number 2 seed, meaning an easier first round game and, more importantly, an additional home playoff game should they win. The Steelers’ defense can keep any game close, especially against a team coming off a loss to the Jets. Cleveland may sneak through, but expect Pittsburgh to keep this one within a touchdown.

Rudolph makes his first start of the season and will have a familiar face on the defensive line opposite him. Myles Garrett, who infamously hit Rudolph with the quarterback’s own helmet in a brawl last year, has twelve sacks this year and was named team captain for Sunday’s season finale. Rudolph started eight games in the Steelers’ forgettable season last year and didn’t make much of an impression in most of them. The Steelers’ decision to bench Roethlisberger is reason to believe that their play-calling will be more conservative. Expect Rudolph to finish below 200.

Chubb has been one of the best rushers in the league but is coming off his worst game of the year, running for just 28 yards against the Jets. But as hard as it is to stop a running back like Chubb, it’s even harder to do it two weeks in a row. When asked about his team’s rushing approach coming into Week 17, Chubb said earlier this week that “it’s definitely time for us to turn it back on”. Watt and Cameron Heyward will both be missing from Pittsburgh’s front two lines, so expect Chubb to receive plenty of touches and hit his over.

The Steelers may have the best defense in the AFC, but their offense has faltered in the second half of the season. The fact that Rudolph is playing means they’ll most likely turn more to the running game, which hasn’t been successful as of late. Their main goal is to avoid injuries rather than score points, but their defense should still do their job well enough to quiet a Browns team that scored just 16 points against the Jets last week. While Cleveland has its full complement of wide receivers back, they’re still in for a low-scoring game, as per usual for Pittsburgh.