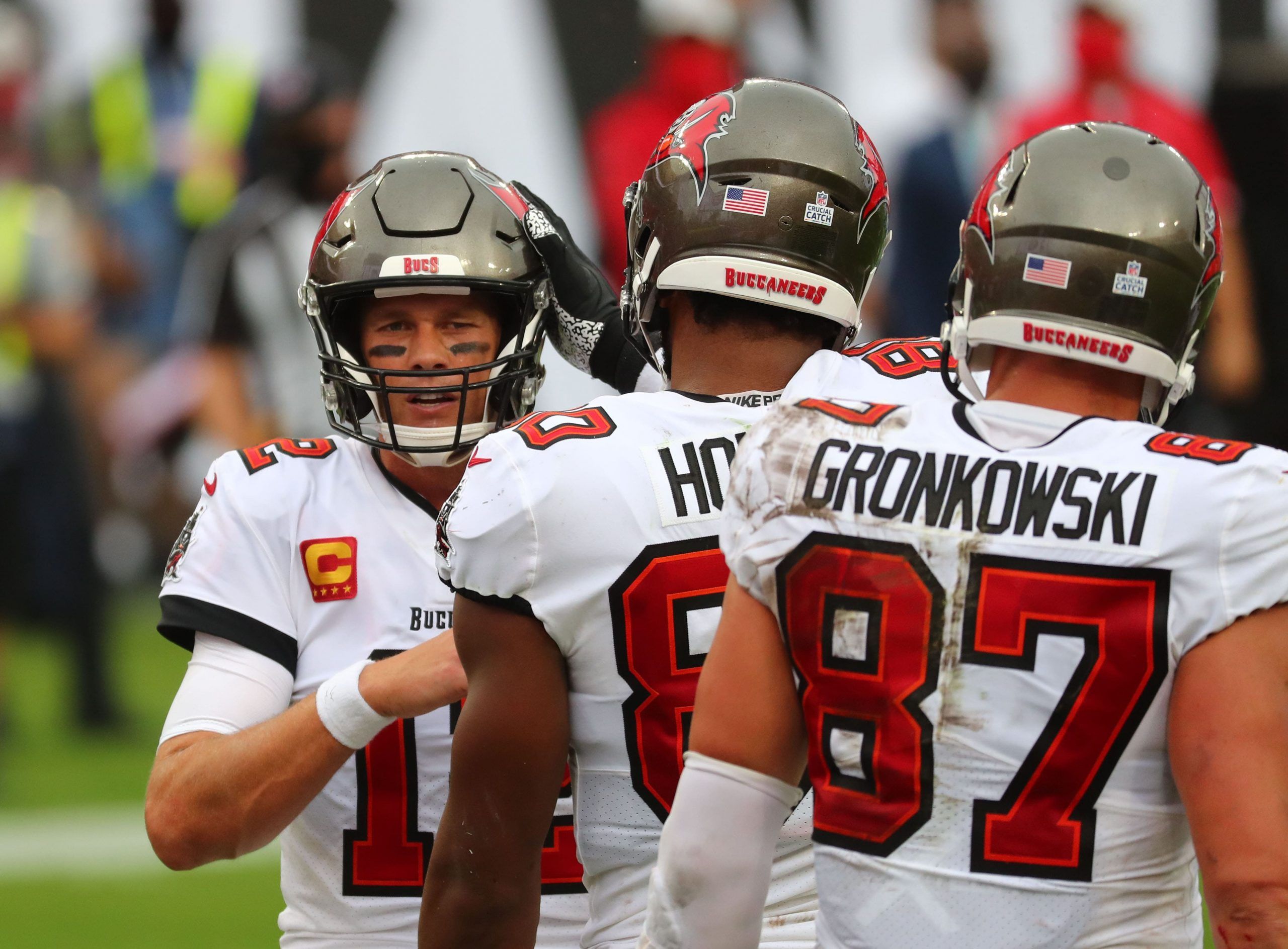 I'm an editor here at Pickswise who was raised in a household full of sports fanatics. Since I unfortunately never had LeBron James' jumping ability I wasn't able to make it to the NBA, and chose writing about sports as the next best thing. An avid sports bettor myself, I'm excited to get to write about the industry as it gets set to take off across the country. Buckle up.
Published: 20:50 PM ET November 07, 2020

One of the most highly anticipated matchups in some weeks will kickoff here as the Tampa Bay Buccaneers host the New Orleans Saints on Sunday Night Football. It’s a rematch of their Week 1 battle that saw the Saints emerge victorious.

It’ll be a chance for Tom Brady and the Bucs to get revenge on their NFC South rivals, as well as the Tampa debut of Antonio Brown. It looks like the Saints will get Michael Thomas back for this one, but will he be able to make the difference against the Buccaneers’ stout defense?

A same game parlay with FanDuel or PointsBet offers bettors the chance for a huge payout, and enhances the excitement of this primetime clash. You can check out our full preview of the game, which features picks on the side and total, as well as our other picks for Week 9.

A couple of these picks are correlated, but by throwing in the under pick, the odds get a huge boost. It makes sense to add this type of play, as we don’t exactly need a shootout in order to cash these props or the Buccaneers spread.

I think the Bucs are going to get their revenge here. Tom Brady wasn’t comfortable in the offense back in Week 1, and even then it’s not like the Saints played a great game or anything. New Orleans got significantly out-gained, and Drew Brees only had 160 yards on 30 attempts. The Saints only won because of a blocked kick and a couple of uncharacteristic Brady turnovers which aren’t likely to repeat themselves here.

Tampa’s offense has continued to get better with each passing week, and even though the Saints are 5-2 I haven’t really liked what I’ve seen from them. They’ve been squeaking out wins over mediocre teams, with each of their past three victories coming by only three points. They’re due for some regression, and I think it hits them hard here.

If the Bucs cover this 4.5-point spread, then guess who probably had a good passing night? Brady. He’s going to be getting star receiver Chris Godwin back for this game, and adding Brown to the mix certainly can’t hurt. New Orleans’ secondary has been shaky, and they’re giving up 7.5 yards per pass attempt on the year. They’ve had numerous blown coverages, like when rookie Justin Herbert torched them deep several times just a couple of weeks ago.

If they make those same mistakes against Brady, he’s going to make them pay. I don’t think the Buccaneers are going to have much success running the ball against this stout Saints defensive front, which means Brady should get a ton of attempts right off the bat. Even in a down game for Brady last week against the Giants he still had 279 yards, and he had 369 the week before.

I actually think these two props correlate pretty nicely. Brady is going to have a big passing game because the ground game isn’t working, not despite it. The Saints are extremely tough to run on, giving up the third-fewest yards per carry in the league at 3.6. Fournette is averaging exactly 37.5 yards per game with the Bucs, and now he’s in his toughest matchup of the season.

I also don’t see any reason to believe he’ll have a particularly heavy workload here. Ronald Jones was benched last week because of a crucial fumble and drop, which is the only reason Fournette got a season-high 15 carries. He was unimpressive with them, averaging only 3.5 yards per carry, and Jones will be back as the lead ball-carrier in this one.

I think Brady will have some success through the air, but other than that the offenses will struggle. Brees has struggled under pressure this year, and the Bucs get a lot of it. They’ve got the second-most sacks in the league, and Shaq Barrett and Jason Pierre-Paul will be in Brees’ face all night. Thomas might be coming back but he hasn’t played since Week 1, so there’s no way he sees a full load here.

We’ve also got two bitter rivals playing in a game that will go a long way in determining who wins the division, so it should be very physical. The second matchups between division rivals are often lower scoring than the first, and when these teams played previously the final score was very misleading. There were less than 600 total yards of offense in that game, and I don’t think we see too many fireworks here on Sunday night.