What sparked Ryan Tannehill's career turnaround with the Titans? 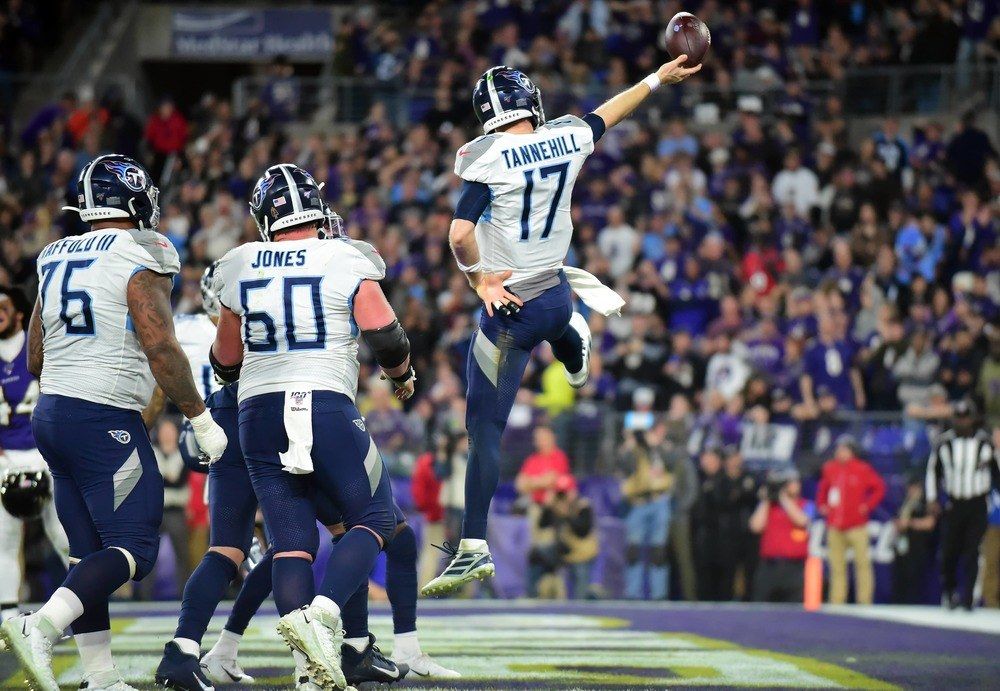 When Ryan Tannehill was traded from the Dolphins to the Titans last offseason, it didn’t make too many waves around the NFL. Tennessee was looking for a solid veteran backup for the oft-injured Marcus Mariota, nothing to get too excited about.

If you would’ve told anybody that later that year Tannehill would lead the Titans to the AFC Championship Game, they’d have looked at you like you were crazy. Rightfully so. Not only did he do exactly that, but he now has the Titans at 4-0 following their huge victory over the Bills on Tuesday night and in clear control of the AFC South.

So how the heck did we get here? How did Tannehill go from a perennial underachiever in Miami to one of the top quarterbacks in the league with the Titans? There are a few clear reasons, which we’ll be breaking down today.

He’s had much better coaching

The importance of coaching in a quarterback’s development can’t be understated. Football is unlike most other sports, like baseball or basketball, where talent is everything. In the NFL the coach is arguably the most important part of the team, and scheme is just as important as natural talent.

Tannehill had two head coaches during his time with the Dolphins, Joe Philbin and Adam Gase. Philbin is now an offensive line coach who was out of the league last year, and Gase is on the verge of being fired in New York. Gase has been such a disaster with the Jets, that you have to wonder how much he was holding Tannehill back in Miami.

Now Tannehill is playing under the tutelage of offensive coordinator Arthur Smith, a highly regarded young offensive mind who understands the league’s trends and how to be innovative. Smith will likely be a head coach before too long, and he’s been crucial in Tannehill’s late-career development.

He finally has a ground game

The Dolphins seemingly never had a consistent ground game over the past decade. Guys like Jay Ajayi showed brief flashes of promise, but there was never too much of a threat coming out of the backfield that opposing defenses had to game-plan for. A strong rushing attack forces defenders to cheat up toward the line of scrimmage, opening things up down the field.

Now with Derrick Henry by his side, Tannehill might have the most dominant running back in the league. Opposing defensive coordinators spend most of their time trying to shutdown Henry, making life a lot easier for Tannehill. With the always-present rushing threat, Tannehill has been able to be unbelievably efficient in his time with the Titans. He averaged an astounding 9.6 yards per attempt last year, and has thrown only one interception through four games this year. Henry deserves a lot of the credit for those numbers.

He has better weapons

It’s not just running back where the Dolphins were lacking, Tannehill never had the benefit of playing with great receivers either. In his last year with Miami, the team’s leading receiver was Danny Amendola. In most of the years before that, the only accomplished wideout he played with was Jarvis Landry.

Landry is a solid enough player, but he’s more of a possession receiver and not anything of a big-play threat. Now with the Titans, it looks like he’ll have a partnership with a budding superstar in A.J. Brown for many years to come. Brown is a true number one receiver, a luxury that almost every elite quarterback has at their disposal.

Finally, the Titans just plain have a much better culture than the Dolphins. Head coach Mike Vrabel has done a great job turning them into a winning organization, and everyone in the building seems a lot happier than they were under old coach Mike Mularkey. This team has a big chip on their shoulder, and they play their hearts out every time. For that and all the other reasons above, Tannehill has gone from a fringe starter to an All-Pro candidate. It’s been incredible to watch, and it’s clear he could’ve made it as a franchise quarterback in Miami if circumstances had been different.