HomeAnalysisNBA AnalysisWho is the best team in basketball right now: Bucks or Lakers?

Who is the best team in basketball right now: Bucks or Lakers? 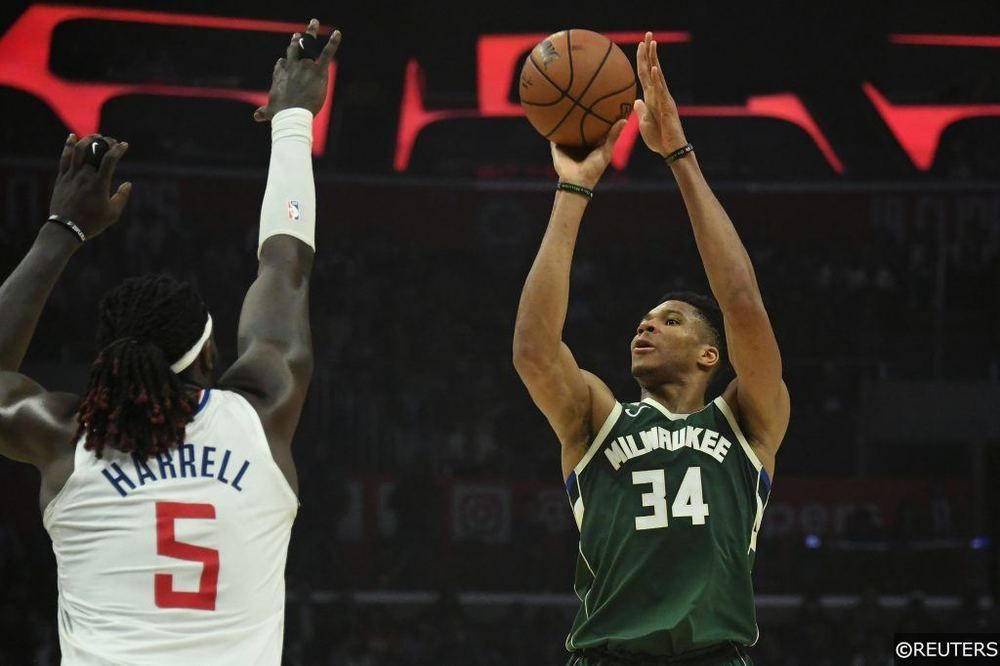 Since graduating from Davidson (The College That Stephen Curry Built), I have been writing about sports--just about any and all you can think of!--and coaching tennis in Atlanta, Ga. Beyond the four major sports, I am an avid tennis fan and cover the ATP Tour on a daily basis. If I'm not busy writing, you can generally find me on a tennis court or traveling the world wherever a sporting event takes me.
@Dimonator133
Updated: 10:04 AM ET December 08, 2019

Since we are on the subject of bowl games right now, it would be fair to say that the 2019-20 NBA Finals are on course to be the Kareem Abdul-Jabbar Bowl. Yes, the Milwaukee Bucks (Abdul-Jabbar played for them from 1969 to 1975) and Los Angeles Lakers (1975 to 1989) are the obvious cream of the crop in the association so far this season. It’s still early, of course, but for the moment these two powerhouses are making a mockery of their respective conferences.

How are they doing it? Let’s take a look.

In the famous words from The Mighty Ducks, “It’s not worth winning if you can’t win big!” Milwaukee (20-3) certainly seems to be living by that old adage these days. Head coach Mike Budenholzer’s squad is sporting an average margin of victory at a bloated 13.6 points per game. No other team in the league is winning more by than 10.3 ppg (Dallas). The Bucks’ current 14-game winning streak is becoming more and more convincing as days go by. In their four most recent outings they humiliated Charlotte 137-96, New York 132-88, Detroit 127-103, and the Clippers 119-91.

In this era of dynamic duos in the NBA, reigning MVP Giannis Antetokounmpo has no such superstar sidekick. But he doesn’t need one. There are two reasons for that: first, he is so good by himself that it isn’t required; second, Milwaukee is deep enough such that outside of Antetokounmpo does not have to be especially top heavy. An unbelievable 13 different players are logging double-digit minutes per game, and all 13 of them have appeared in at least 11 contests. Even though Antetokounmpo is averaging 30.8 ppg, seven team members are still contributing more than 8.0 ppg.

Heading into Sunday night’s date with Minnesota (check out for free NBA expert picks), the Lakers also find themselves at 20-3. They lead the Western Conference by 3.5 games over the Mavericks (Milwaukee owns a similar three-game cushion on Boston in the East). The two-headed monster that is LeBron James and Anthony Davis is simply too much for opponents to handle. James is averaging 25.6 points, 10.7 assists, 7.0 rebounds, and 1.3 steals per game. Davis is delivering 26.6 ppg, 9.1 rpg, 3.1 apg, 2.7 bpg, and 1.4 spg.

The supporting cast is not exactly spectacular, but it’s solid. Kyle Kuzma is coming off the bench to rank third on the club in scoring at 11.3 ppg. Rajon Rondo is dishing out 5.8 apg, Dwight Howard is grabbing 7.1 rpg in less than 20 minutes per outing, and Danny Green is shooting better than 38 percent from three-point range.

Los Angeles quite clearly boasts the best duo in the business. Milwaukee, however, is led by arguably the NBA’s most dominant player. The Bucks can also stake a claim to having the most impressive depth and also the best coach. Right now, as the standings suggest, it just about a tie. But it seems like Milwaukee may be better built for the playoffs—albeit by an extremely small margin. Only time will tell….