HomeAnalysisNBA AnalysisWho has the edge when the NBA returns: Lakers or Clippers?

Who has the edge when the NBA returns: Lakers or Clippers? 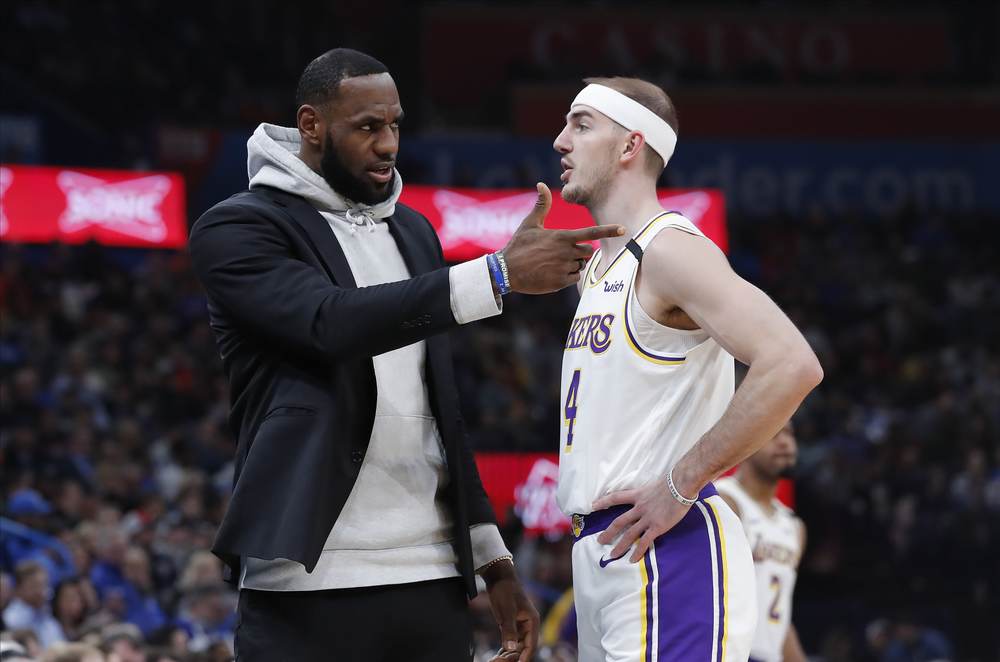 Who knows if and when the NBA will return to put a bow on the 2019-20 campaign? As the coronavirus crisis continues to plague the world and halt sports, players are spending their time playing against each other via video games, remotely participating in a H-O-R-S-E contest, and doing whatever else they do during this social distancing era. Whatever the case, they certainly aren’t playing meaningful basketball games.

But what will transpire when meaningful basketball is played? Who could have the L.A. edge between the Lakers and Clippers, currently occupying the top two spots in the Western Conference?

LeBron James and company stand in first, owners of a 49-14 record that has them second overall in the NBA behind only the Milwaukee Bucks. Anthony Davis has missed eight games this season and some time off prior to a playoff push cannot hurt James, who is 35 years old.

Perhaps no team, however, would be hurt more by a sudden end to the season. The Lakers are even-money favorites to win the West and they are +225 co-favorites with Milwaukee to capture the NBA title. And with James in the latter stages of his career, the window is not exactly wide open.

“I don’t know if I will be able to have any closure (if the season ends),” James said during a video conference call with reporters on Wednesday. “I can have some satisfaction on what our team has been able to do this year, having a first-year coach, first-year system, a whole new coaching staff, bringing on so many new pieces to our team this year. Doing the things that I honestly—like I told you guys all year—I honestly didn’t think that we would be able to come together as fast as we did. I thought it would take us a lot longer than it did. But I was wrong. I was very wrong about that.”

The Clippers also feature new pieces in the form of Kawhi Leonard and Paul George. They have not gelled quite as well their in-city rivals despite some head-to-head success, but second place in the Western Conference is by no means a bad spot. Head coach Doc Rivers’ squad is 44-20, good for the fourth-best mark in the association (also trailing the Boston Celtics).

Rivers expects Leonard and George to be in peak form if the 2019-20 campaign continues.

“I know Kawhi’s overworking; I can guarantee you that,” Rivers commented, also in a video conference call on Wednesday. “And the difference is, during the summer, Kawhi couldn’t work, you know, so now he’s got this break and he’s able to train. The Kawhi we’ll see will be in phenomenal shape. PG is another guy that’s gonna be in phenomenal shape.”

The Clippers are +200 to triumph out West and +300 third choices to win lift the Larry O’Brien Trophy. No other squad outside of L.A. and Milwaukee is better than +1200 (Boston). That is good value for a club that seems to be very well built for the playoffs–perhaps even better suited than the Lakers. The Clippers are deeper and can really play defense, thanks to the likes of Leonard, George, and Patrick Beverley.

“We’re really good,” Rivers assured. “What I know for real was the last 10 games, we were turning into the Clippers.”

Will they have a chance to complete that transformation? Only time will tell….