HomeAnalysisNFL AnalysisWho will be in playoffs and who will be out following NFL schedule reveal?

Who will be in playoffs and who will be out following NFL schedule reveal? 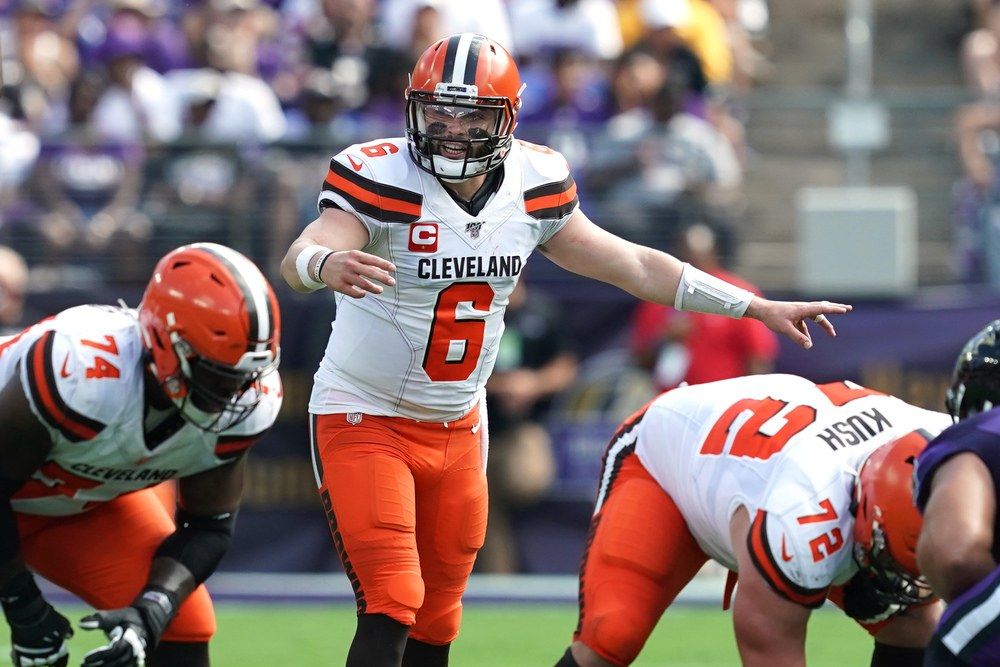 Since graduating from Davidson (The College That Stephen Curry Built), I have been writing about sports--just about any and all you can think of!--and coaching tennis in Atlanta, Ga. Beyond the four major sports, I am an avid tennis fan and cover the ATP Tour on a daily basis. If I'm not busy writing, you can generally find me on a tennis court or traveling the world wherever a sporting event takes me.
@Dimonator133
Updated: 19:33 PM ET May 08, 2020

Is it too early to start talking about the ‘p’ word? You know: playoffs?!?!

Will the end result be a playoff berth? That is the million-dollar question; or, to be exact, that is the whatever-dollar-amount-you-want-to-wager question. Odds for all 32 squads’ playoff hopes have long since been on the table, and now that the schedule is out you probably feel like you have an even better grasp on the 2020 picture. Of course, parity in the NFL is such that things are never easy to predict—and right now it is even hard to predict how or if the upcoming season will be impacted by the coronavirus pandemic. In fact, fans not being allowed to attend Week 1 games is -450.

But enough of those grim odds. Let’s take a more optimistic look at the season and discuss some of the marquee teams’ playoff chances.

The Browns have not reached the postseason since 2002 and they were a massive disappointment (6-10) in year one-and-done under head coach Freddie Kitchens. Nonetheless, optimism still abounds with head coach Kevin Stefanski at the helm, with Cleveland not exactly a huge long-shot to make the playoffs. The Browns have a decent shot at starting 2-1, as an opening road date with the Baltimore Ravens (hard ‘L’!) is followed by home games against the teams that picked in the top two spots of the 2020 NFL Draft (the Cincinnati Bengals and Washington Redskins).

Green Bay earned an opening-round bye last season and should make it back, but questions abound on the heels of a curious selection of quarterback Jordan Love in round one. You would think that the Packers would be in win-now mode, but to say drafting love was a move geared toward the future would be a gross understatement. And Rodgers certainly won’t be amused. Five road games against 2019 playoff opponents in the first nine weeks also isn’t amusing.

The Tom Brady era is finally over in New England, but a playoff berth remains probable. It’s just not absolute lock city like it was during the dynastic days. Jarrett Stidham is currently penciled in as the new starter under center, so the Patriots’ 2020 fortunes likely depend heavily on the former Auburn quarterback’s right arm. And, as always, getting to face the Buffalo Bills, Miami Dolphins, and New York Jets twice apiece will not hurt.

Speaking of locks, Brady’s new team is nearing that distinction with overwhelming -280 odds to make the playoffs. The Buccaneers, of course, also brought in Brady sidekick Rob Gronkowski to be the new stud tight end in Tampa Bay. Their 2020 campaign begins with a showdown against Drew Brees and the host New Orleans Saints, who are even more massive -360 favorites to snag a postseason spot. It should get much easier after that, with the Bucs favored in 13 of their next 15 games while not being underdogs of more than +1 in any of those 15 contests.