HomeAnalysisNFL AnalysisWise n' Shine: What you need to know to bet better on Tuesday, November 2

Wise n' Shine: What you need to know to bet better on Tuesday, November 2 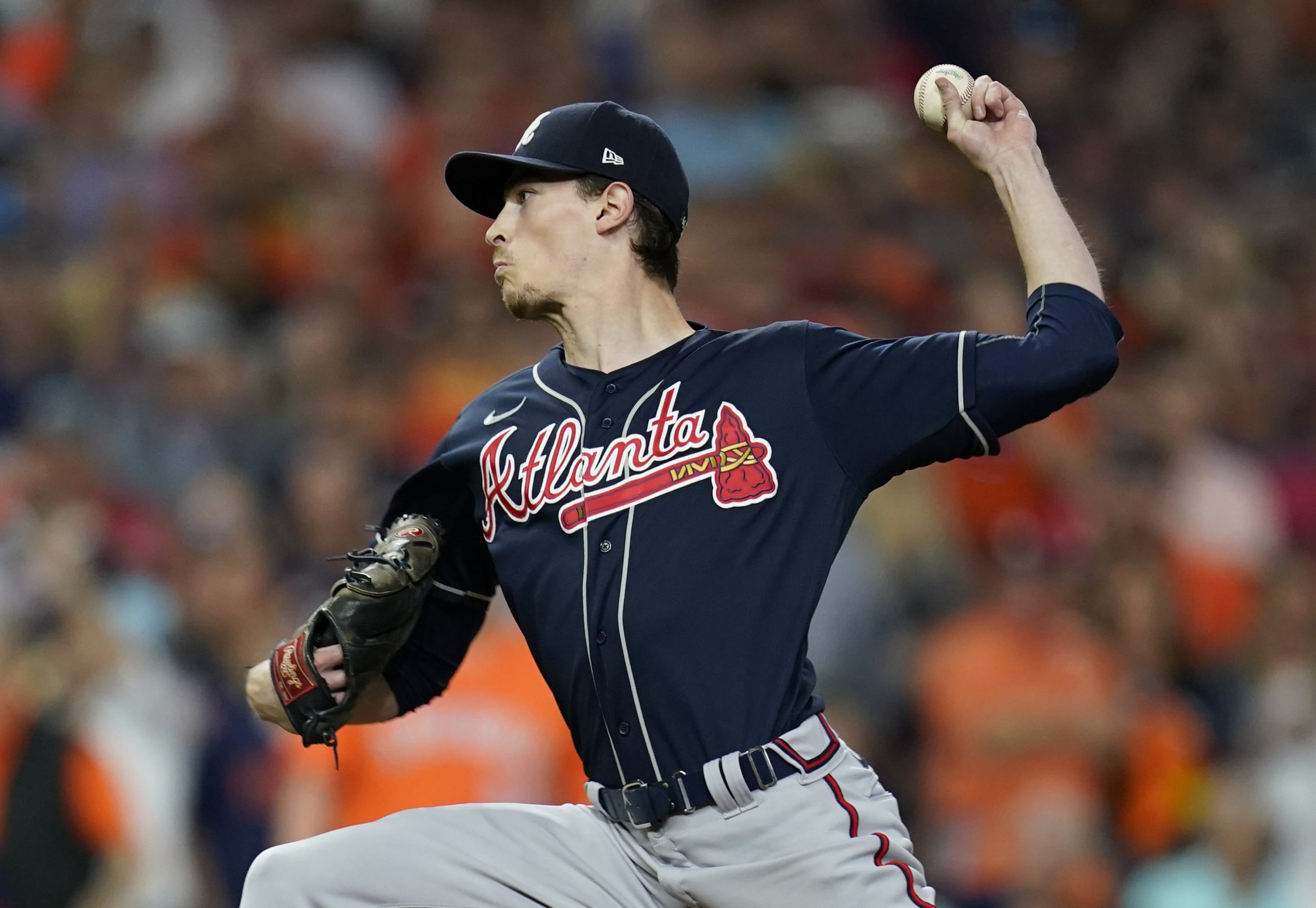 The pace will be relentless on this terrific Tuesday of sports, with World Series Game 6, NBA, NHL, Champions League soccer and college football to savor — and who knows what surprises NFL trade deadline day may bring? Let’s get straight into it!

Chiefs scramble to 4-4 but Giants cover on the road
Kansas City got the win it needed to avoid falling further behind in the AFC playoff race, but Andy Reid’s team put in another questionable performance in their 20-17 win over the Giants on Monday Night Football. The Chiefs failed to cover by a touchdown, and QB Patrick Mahomes threw his league-leading 10th interception of the season. Kansas City is +1200 for the Super Bowl with FanDuel Sportsbook and +1400 with DraftKings Sportsbook.

Bulls rally to beat Celtics and move to 6-1
The Chicago Bulls kept up their fast start to the NBA season by rallying from 19 points down to beat 2-point favorite the Boston Celtics and move to 6-1. The Clippers were another team to rally, coming back from 9 behind in the 4th quarter to beat Oklahoma City, while the Cavaliers upset the Hornets.

Fried vs Garcia in World Series Game 6
The World Series is back in Houston tonight for Game 6 at 8:09pm ET (Fox). The Braves lead 3-2 and need to win either of the remaining games, but the Astros have a home crowd behind them now. Max Fried gets the start for Houston after a mixed performance in Game 2, when he was charged with 6 runs but steadied the ship to last more than 5 innings. He goes up against Astros rookie Luis Garcia, starting on only 3 days of rest after giving up 1 run on 3 hits in 3 2/3 innings in Game 3. The Astros are -126 odds for Game 6 with DraftKings, with the Braves at +110. Look out for our Game 6 preview later as our handicappers are 24-11-1 on totals in MLB playoffs.

Contenders in NBA action
We have only 5 NBA games today but there are several title contenders in action and 2 games on TNT, which has Heat vs Mavericks at 7:40pm ET and Pelicans vs Suns at 10pm ET. The Tuesday slate closes with the Lakers hosting the Rockets at 10:30pm ET. Read today’s NBA game previews here.

Busy night in the NHL
After only 3 games on Monday, the NHL gets busy tonight with a 9-game slate including the Calgary Flames bidding for a 7th straight win when they host the Nashville Predators (9pm ET, ESPN+), while the Arizona Coyotes are still searching for their first win of the season when they visit the Flyers (7pm ET, ESPN+). Keep an eye out for our NHL props later as our handicappers are 11-2 with NHL props this season! Read today’s NHL game previews here.

Tuesday night college football
College Football Week 10 action gets started tonight with some #MACtion games, including the visit of Miami (Ohio) to Ohio. Check out our previews of all this week’s college football here.

The Miami Heat will be going for their 5th win in a row as they head to Dallas to take on the Mavericks, winners of 3 of their last 4 games. Having no Bam Adebayo didn’t seem to bother them at all as they demolished the Memphis Grizzlies 129-103 last time out. Scoring has been an issue for the Mavs, who average only 98.3 points per game, and they’ve covered the spread just twice in their last 6 games. Read our full game preview for Heat vs Mavericks.

Expect to see some smiling faces on our daily betting show Let’s Bet It! today, as Jared Smith and Lauren Jbara were both sweet on the Giants +10.5 in yesterday’s show. Check out today’s show on our YouTube channel at: https://youtube.com/c/Pickswise later today as the team break down the day’s best bets, and look ahead to the rest of the sports betting week.

There’s no shortage of NFL news this week and Jared Smith considers the Von Miller trade and Derrick Henry’s injury in this week’s Back to the Futures column. Check out our analysis of the Week 10 college football opening lines and don’t forget to read our 3-team mega parlay for tonight’s NBA games.

The Dallas Mavericks have failed to cover the spread in 8 of their last 10 home games against the Miami Heat.

Soccer fans have some great UEFA Champions League action to enjoy over the next 2 days and FanDuel Sportbook has boosted the odds of Bayern Munich (vs Benfica) and Manchester United (at Atalanta) both winning today from +160 to +200. Check out our full preview for Atalanta vs Manchester United here.