Without Zion, NBA rookie class getting overshadowed by second-year studs 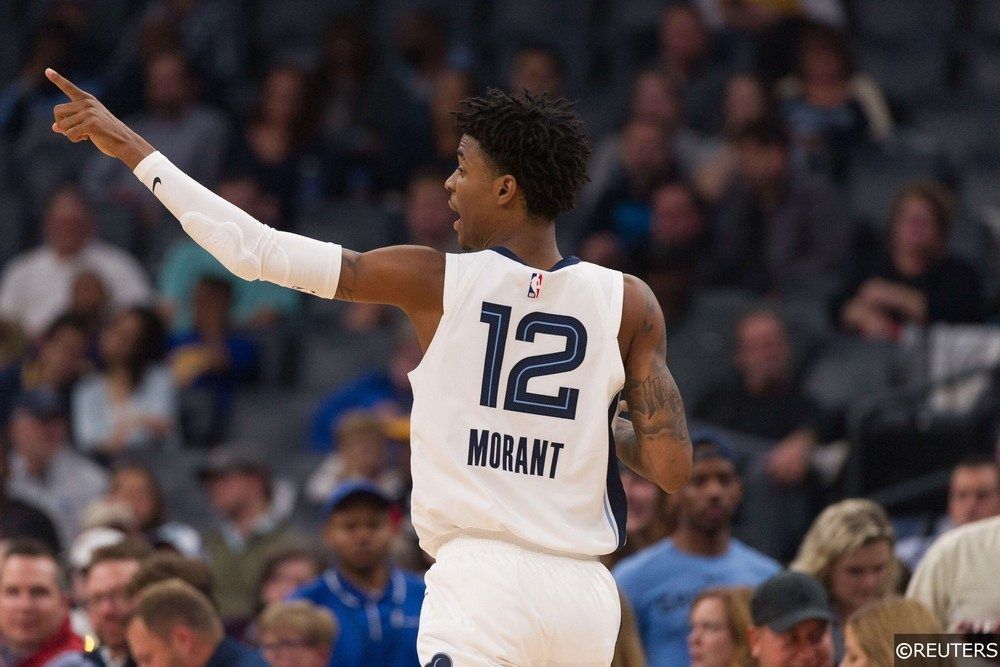 It is true that a lack of headline-making is not entirely the rookies’ fault. Zion Williamson hasn’t yet made his professional debut because of a knee injury and other young stars—meaning the second-year standouts—are stealing the show. Luka Doncic is in the MVP discussion with 30.6 points, 9.9 rebounds, and 9.6 assists per game and his surprising Mavericks at 13-6. Even though his team is terrible, Trae Young of the Hawks is averaging 28.4 ppg, 8.4 apg, 4.2 rpg, and 1.4 spg.

That’s not to say that this rookie class is completely hopeless, but the fact that Williamson is still a second favorite at +230 to win Rookie of the Year despite having already missed 20 games is pretty much all you need to know.

Let’s take a look at the top ROY contenders.

Williamson and Morant were the clear-cut top two prospects in the 2019 NBA Draft, with Morant going second to Memphis after New Orleans selected Williamson No. 1 overall. The former Murray State star has not disappointed, contributing 18.6 ppg, 6.4 apg, 3.2 rpg, and 1.4 spg. But here is the bad news: Morant is turning the ball over 3.4 times per contest, his team is 6-13, and he is likely out for at least a week due to back spasms. His absence won’t help the Grizzlies’ chances against Indiana on Monday, for which we offer our free NBA expert picks.

Following his knee injury, the Pelicans expected their immediate face of the franchise to miss six to eight weeks of the regular season. Six would have signaled a return this week, but it looks like the eight range will be more accurate—putting his anticipated return sometime around a Dec. 17 home date with Brooklyn. Williamson would miss 27 games in that case, and you can be sure his load will be managed even after he is healthy. It would not be a huge surprise if the 6’6’’, 280-pounder plays only half of an 82-game slate. If so, how will that be enough to win Rookie of the Year?

Selected third overall behind his fellow Duke Blue Devil and then Morant, Barrett has been good…but not good enough to keep New York out of the Eastern Conference basement (tied for last with Young’s Atlanta squad at 4-16). He is averaging 15.4 ppg, 5.5 rpg, 3.3 apg, and 1.4 spg. In 10 of the last 15 games, however, the 19-year-old has shot worse than 40 percent from the floor. He shot better than 42 percent in each of his first four appearances. On Sunday, Barrett went 4-for-13 (0-for-2 from three-point range) during a 113-104 home loss to Boston.

How many teams drafted Nunn? None. That’s right; the former Oakland University guard went undrafted in 2018 before spending his first season as a professional in the G League with the Warriors’ affiliate. Miami signed him this summer and Nunn made noise by pouring in 40 points during the preseason finale. The 24-year-old has not looked back, averaging 16.1 ppg on 46.4 percent shooting (38.2 percent from deep).