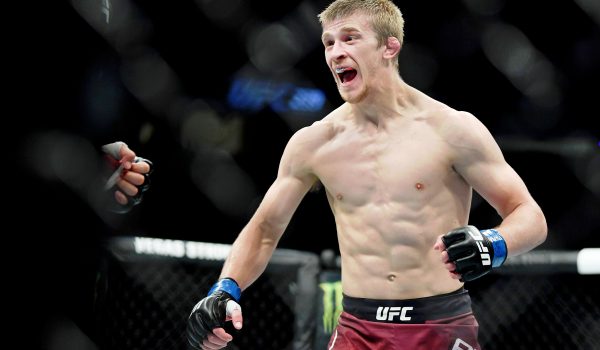 The Co-Main Event at UFC on ABC 2 will see Arnold Allen take on Sodiq Yusuff. This will be a fight in the UFC Featherweight division. This looks like it could be one of the better fights on the card. Yusuff comes in with an MMA record of 11-1. He is 5-0 in the UFC, most recently beating Andre Fili back in January of 2020. This was a win by unanimous decision. Yusuff has proven to be an excellent striker, averaging 6.10 significant strikes per minute. He has a striking accuracy of 49 percent. His striking defense is 58 percent and he is absorbing 4.08 strikes per minute. He has yet to show much grappling skills, but does defend takedowns 72 percent of the time.

Allen comes into this fight with an MMA record of 10-1. He is 7-0 in the UFC and looks to be closing is on a potential title shot. Allen is averaging 3.19 significant strikes per minute and is landing them 41 percent of the time. He is absorbing just 2.00 strikes and has a striking defense of 67 percent. Allen does have some grappling ability, averaging 1.36 takedowns per every 15 minutes. He has a takedown accuracy of 52 percent and a takedown defense of 76 percent.

This is a fight that looks like a stalemate. Both fighters have been flawless in the UFC and I think we are going to see a full three-round fight. Five of Allen’s seven UFC fights have gone the distance and three of Yusuff’s five UFC fights have done the same. For that reason, I like this fight to go the distance.