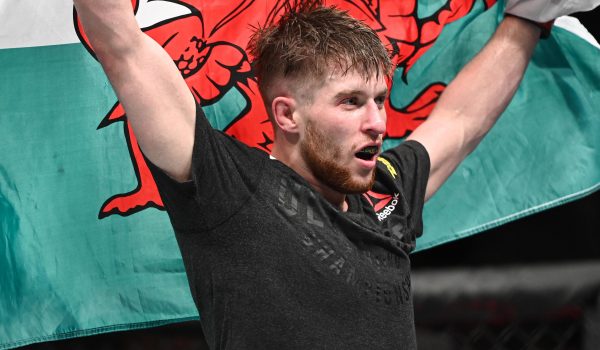 The fourth fight at UFC on ABC 2 will see Hunter Azure take on Jack Shore. This will be a fight in the UFC Bantamweight division. Shore comes into this fight with an MMA record of 13-0. He is 2-0 in the UFC, winning both of these fights by submission. His most recent win came back in July of 2020 against Aaron Phillips. Shore is averaging 3.69 significant strikes per minute and is landing them 54 percent of the time. In the UFC, Shore is absorbing only 0.59 strikes and has a striking defense of 76 percent. Grappling is where Shore is going to try and dominate, averaging 5.16 takedowns per every 15 minutes. He is also averaging 1.5 submission attempts during the same time period.

Azure comes into this fight with an MMA record of 9-1. He is 3-1 in the UFC and bounced back from his lone loss with a win over Cole Smith back in September of 2020. Azure is averaging 4.17 significant strikes per minute and is landing them 52 percent of the time. He is absorbing 1.99 strikes and has a striking defense of 62 percent. Azure will also be looking to fight on the ground where he averages 2.52 takedowns per every 15 minutes. His takedown accuracy is 45 percent, but his takedown defense of 76 percent could make a big difference.

Even though Azure has looked more than capable on the ground, Shore looks like he is even better. Shore also has been able to limit pretty much all damage in the UFC so far, making me believe he will be able to stay undefeated.