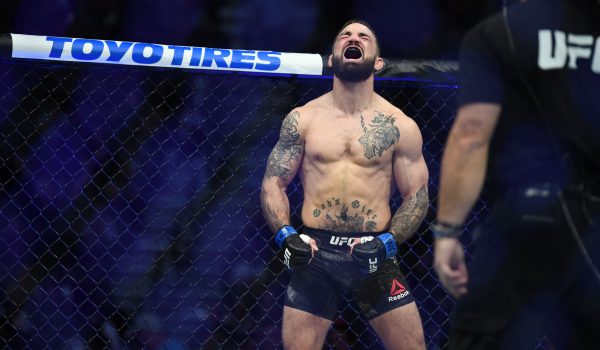 The first fight on the Main Card at UFC on ABC 2 will see Mike Perry take on Daniel Rodriguez. This will be a fight in the UFC Welterweight division. This is the type of fight that has the potential to be wild. Perry comes into this fight with an MMA record of 14-7. He is 7-7 in the UFC and is coming off a unanimous decision loss to Tim Means. This was a fight that took place back in November of 2020. Perry is averaging 4.35 significant strikes per minute and is landing them 47 percent of the time. He is absorbing 4.82 strikes and has a striking defense of 54 percent. Grappling is not a strong area for Perry, averaging 0.69 takedowns per every 15 minutes.

Rodriguez comes into this fight with an MMA record of 13-2. He is 4-1 in the UFC, most recently losing to Nicolas Dalby by unanimous decision. This fight was back in November of 2020. Rodriguez is averaging 7.68 significant strikes per minute and is landing them with an accuracy of 46 percent. He is absorbing 6.12 strikes and has a striking defense of 57 percent. His grappling is decent, averaging 1.34 takedowns per every 15 minutes. Most importantly, he defends takedowns 90 percent of the time.

Recently, both these guys have gone to a few decisions, however, I expect this one to be very fast-paced. As a result, backing this fight to end inside the distance will be my play.