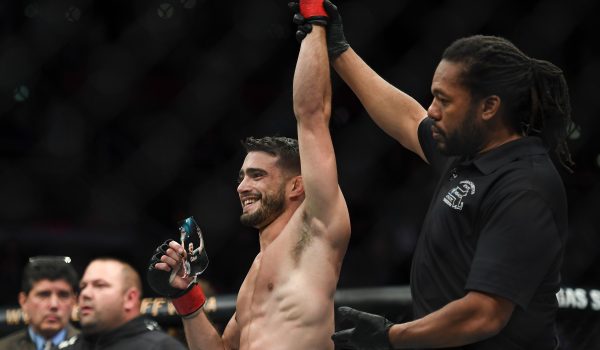 The first fight on the Main Card at UFC on ESPN 27 will see Adrian Yanez take on Randy Costa. This will be a fight in the UFC Bantamweight division. Yanez comes into this fight with an MMA record of 13-3. He is 3-0 in the UFC, most recently beating Gustavo Lopez by TKO/KO back in March of this year. Yanez is averaging 4.69 significant strikes per minute and has a striking accuracy of 44 percent. He is absorbing 2.31 strikes per minute and has a striking defense of 55 percent. Yanez has yet to show any grappling ability in the UFC, but has a takedown defense of 100 percent.

Costa comes into this fight with an MMA record of 6-1. He is 2-1 in the UFC, most recently beating Journey Newman by TKO/KO back in September of 2020. For the record, this lasted all of 41 seconds, so he is known for some quick finishes. Costa is averaging 7.88 significant strikes per minute and has a striking accuracy of 47 percent. He is absorbing 5.26 strikes and has a striking defense of 58 percent. Like his opponent, Costa has not shown much grappling ability in the UFC at all. He also has a takedown defense of 100 percent, but does have one loss by submission in the UFC.

Combined these guys have seen all six of their UFC fights end inside the distance. Yanez has won all three of his fights by TKO/KO, while Costa has two wins by the same method in the promotion. While I do like Yanez to win this fight, the high volume of striking for Costa is still scary. For that reason, backing this fight to end inside the distance, even at a steep price will be my play.