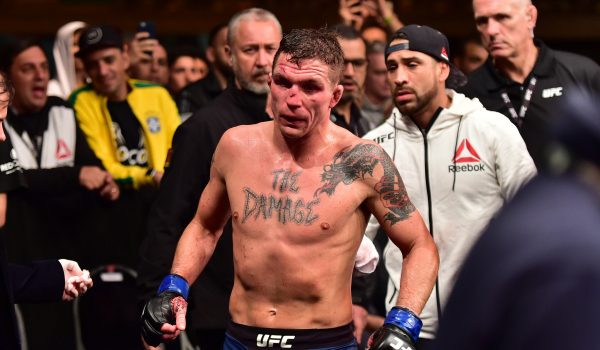 The third fight on the Main Card at UFC on ESPN 27 will see Darren Elkins take on Darrick Minner. This will be a fight in the UFC Featherweight division. Elkins comes into this fight with an MMA record of 26-9. He is 15-8 in the UFC, most recently beating Eduardo Garagorri by submission back in November of 2020. As a side note, this win snapped a four-fight losing streak for Elkins. He is averaging 3.50 significant strikes per minute and has a striking accuracy of 38 percent. Elkins is absorbing 3.08 strikes and has a striking defense of 52 percent. His grappling has been on his better areas in his career, averaging 2.70 takedowns per every 15 minutes and 1.2 submission attempts during the same time period. His takedown accuracy is only 33 percent, but his takedown defense is 58 percent.

Minner comes into this fight with an MMA record of 26-11. He is just 2-2 in the UFC, but has won two fights in a row. His most recent win came back in February of this year, where he beat Charles Rosa by unanimous decision. Minner is averaging 3.24 significant strikes per minute and has a striking accuracy of 70 percent. He is absorbing 1.40 strikes and has a striking defense of 43 percent. Similar to his opponent, Minner also loves to grapple. He is averaging 3.00 takedowns per every 15 minutes and 3.6 submission attempts during the same time period. On top of that, he has a takedown accuracy of 62 percent and a takedown defense of 60 percent.

This fight looks to be very close, especially with both guys loving to grapple. Three of Minner’s four UFC fights have ended inside the distance (all submissions) and as mentioned, Elkins last win ended in submission as well. I think we are going to see a grappling war and expect someone to tap out here. Because either guy can force a tap out, I will just back this fight to end inside the distance.