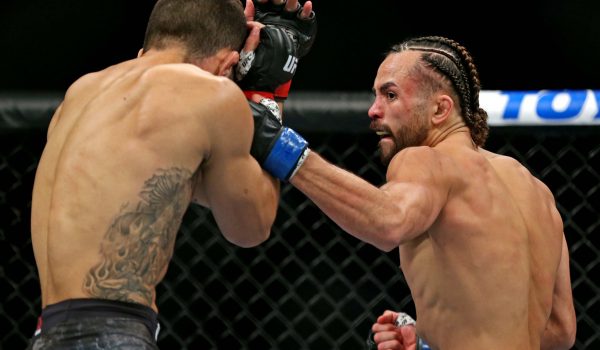 The fourth fight on the Main Card at UFC on ESPN 27 will see Kyler Phillips take on Raulian Paiva. This will be a fight in the UFC Bantamweight division. Phillips comes into this fight with an MMA record of 9-1. He is 4-0 in the UFC and has started to make some noise in this division. His most recent fight was a unanimous decision over Song Yadong back in March of this year. He is averaging 5.32 significant strikes per minute and has a striking accuracy of 46 percent. He is absorbing 3.04 strikes and has a striking defense of 61 percent. His grappling is also excellent, averaging 2.88 takedowns per every 15 minutes. To go along with that, Phillips has a takedown accuracy of 63 percent and a takedown defense of 71 percent.

Paiva comes into this fight with an MMA record of 20-3. He is 3-2 in the UFC, most recently beating Zhalgas Zhumagulov by unanimous decision back in July of 2020. Paiva is averaging 4.46 significant strikes per minute and has a striking accuracy of 43 percent. He is absorbing 4.89 strikes and has a striking defense of 51 percent. His grappling is certainly not as good as his opponents, averaging 0.26 takedowns per every 15 minutes. He also only has a takedown accuracy of 20 percent, but a takedown defense of 80 percent.

I do like Phillips a lot in this fight; however, his money line is far too high to play by itself. Phillips has won two of his four UFC fights by decision and Paiva has only lost once in the UFC by a finish. I believe Phillips is going to try to use his superior grappling to control this fight and will be backing him to win on the judge’s scorecards.