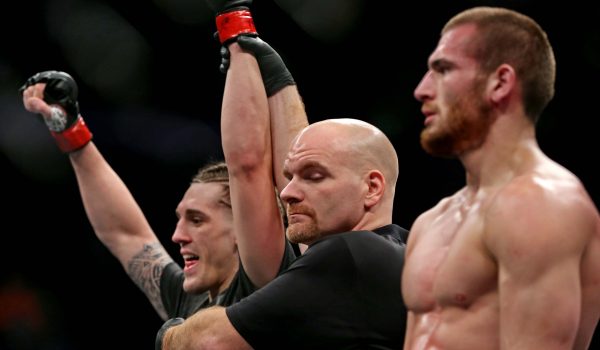 The featured preliminary at UFC on ESPN 27 will see Punahele Soriano take on Brendan Allen. This will be a fight in the UFC Middleweight division. This fight is essentially a coin flip as Soriano comes in with an MMA record of 8-0. He is 3-0 in the UFC, most recently beating Dusko Todorovic by TKO/KO back in January of this year. Soriano is averaging 4.46 significant strikes per minute and has a striking accuracy of 43 percent. He is absorbing 2.86 strikes and has a striking defense of 52 percent. His grappling is also solid, averaging 2.60 takedowns per every 15 minutes. He has a takedown accuracy of 66 percent and has not had to defend any takedowns in the UFC so far.

Allen comes into this fight with an MMA record of 16-4. He is 5-1 in the UFC, most recently beating Karl Roberson by submission back in April of this year. Allen is averaging 3.35 significant strikes per minute and has a striking accuracy of 58 percent. He is absorbing 4.19 strikes and has a striking defense of 39 percent. His grappling is also very good, averaging 1.73 takedowns per every 15 minutes and 2.1 submission attempts during the same time period. He has a takedown accuracy of 50 percent and a takedown defense of 50 percent as well.

Both guys love to finish their fights with Soriano having won two of this three UFC fights inside the distance and Allen having seen five of his six UFC fights do the same. Allen may have a small advantage because his grappling has led to three submission wins. I can still see this fight going either way, so backing this fight to end inside the distance will be my play as a lean.

UFC 3 days ago
Best sportsbook promotions and odds boosts for Saturday: UFC, MLB and the Olympics