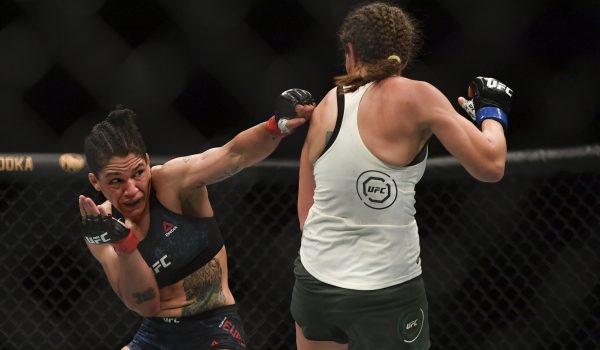 The second fight at UFC on ESPN 27 will see Sijara Eubanks take on Elise Reed. This will be a fight in the UFC Women’s Flyweight division. Eubanks comes into this fight with an MMA record of 7-6. She is 4-4 in the UFC, most recently losing to Pannie Kianzad by unanimous decision back in December of 2020. She has now lost two fights in a row. Eubanks is averaging 4.52 significant strikes per minute and has a striking accuracy of 43 percent. She is absorbing 3.69 strikes and has a striking defense of 57 percent. Her grappling could also be a factor here as she is averaging 1.88 takedowns per every 15 minutes. Her takedown accuracy is 46 percent and her takedown defense is 65 percent.

Reed comes into this fight with an MMA record of 4-0. She will make her debut here, hoping to immediately put her name on the radar in the UFC. Reed has shown some early power in her career, winning two fights by TKO/KO so far. She also has two wins by decision.

We know very little about Reed, so it is hard to back her in her debut. However, Eubanks has shown plenty of inconsistencies, so I do not want to back her either. It should be noted that Eubanks has gone to a decision in all of her UFC fights, so I would look for this fight to do the same.

UFC 2 days ago
Best sportsbook promotions and odds boosts for Saturday: UFC, MLB and the Olympics