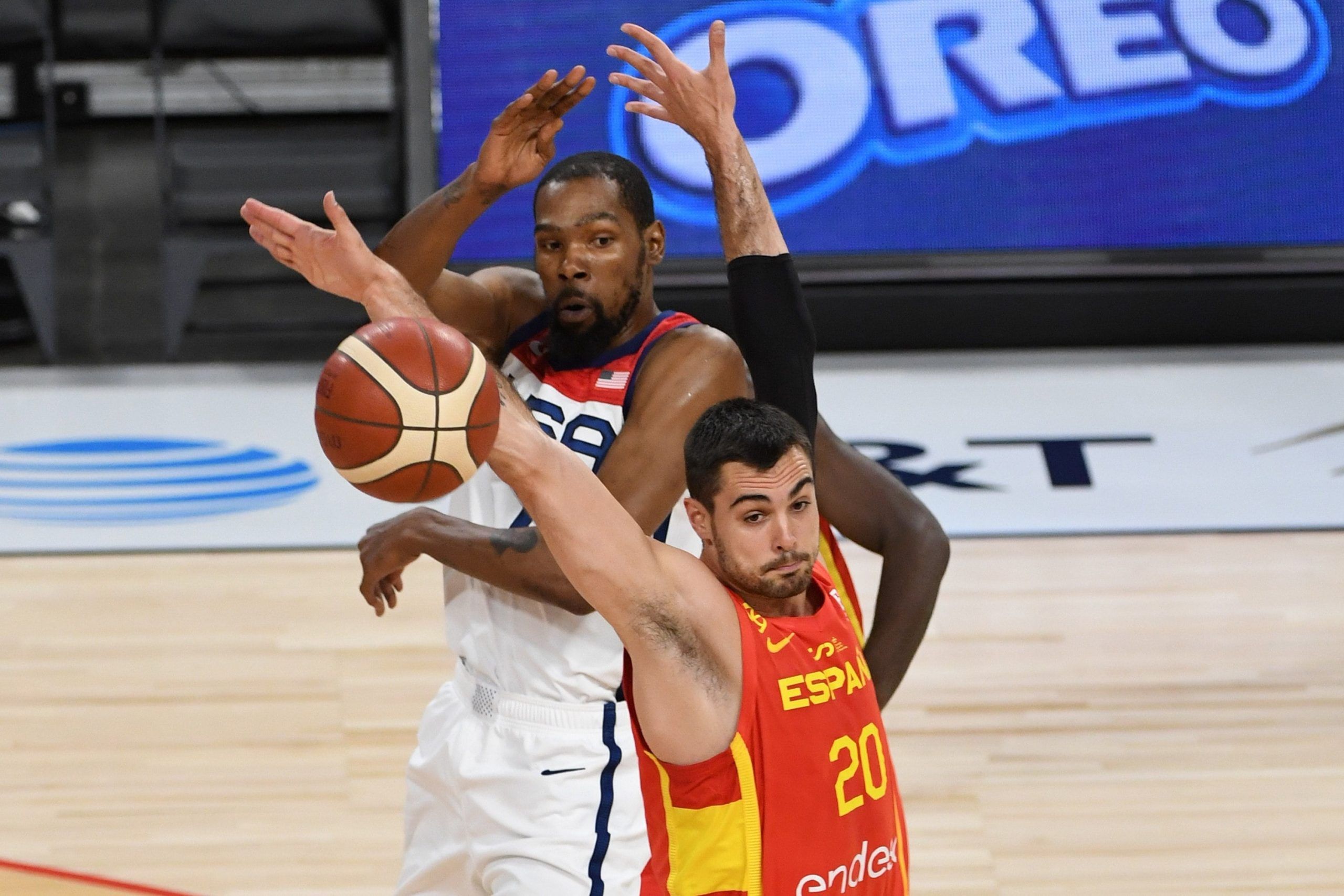 As most Lithuanians, I started watching basketball from the age of six. Im based out in London and played basketball at the University of Lincoln here in the UK. I had always had an interest in the NBA but things really took off in the summer of 2010. That year Linas Kleiza led Lithuania to 3rd place at the World Championships and signed with the Toronto Raptors to replace the departing Chris Bosh. I've been a Raptors fan from that day and I've not missed a game since. I love nothing more than a bet and tend to focus on NBA and soccer matches.
@NBAGreenMachine
Updated: 23:26 PM ET July 24, 2021

Basketball resumes on Sunday at the Olympics with France ready to offer the USA a very early test. The French team boasts Rudy Gobert in their lineup and the NBA defensive player of the year could cause matchup difficulties inside for the Americans. Elsewhere there are plenty of familiar faces for NBA fans taking the floor, with the likes of Danilo Gallinari, Patty Mills and Joe Ingles in action.

You can find our Olympics coverage here, but for now let’s take a look at my favorite selections for the continuation of the men’s basketball tournament.

The USA had a rough warmup to their Olympic campaign winning 2 of their 4 games, with only one of those wins coming by double digits. In their last warm up game they were able to beat Spain 83-76 and France should be able to pull out a similar result. They key for the French here will be their ability to dominate the paint. Rudy Goberts’ presence should mean that there are no easy layups to be had for the Americans whilst his backup Moustapha Fall, who himself is 7’2” should ensure quality rim protection throughout the game. The French also have good wing defenders with the likes of Nicolas Batum and Frank Ntilikina whilst Evan Fournier and Nando De Colo should be able to keep them in the game offensively.

The USA will have three players join the roster having finished in the NBA finals, but it should be expected that they may need time to get up to speed with what is required of them. As a result, the French team look to be a good value pick to keep things competitive.

The Czech Republic proved to be a high-scoring team during their Olympic qualifying campaign. Each of their games comfortably surpassed the 151.5-point mark as the team averaged 87.5 points per game. With Tomas Satoransky of the Chicago Bulls leading the way, the Czech team is well positioned to play fast-tempo basketball, especially with a mobile big like Jan Vesely in the paint.

Iran, on the other hand, will look to Hamed Haddadi to be one of their offensive leaders. The 7’2” big man, formerly of the Memphis Grizzlies, can score with great efficiency in the paint, but he has never been known for his mobility, and that has not changed now that he is 36 years old. As a result the Czech team could really look to force the tempo in this one to take advantage of his presence on the floor. As a result look for this game to be fairly high-scoring, with the Czech team likely to put up around 90 points. Back the over.

The Italians qualified for the Olympics having picked up an impressive win against Serbia and have now added Danilo Gallinari to their ranks, with the forward not having been involved in the team’s qualifying campaign. Gallinari is by far the most established offensive player in Italy and will be joining Nicolo Melli in providing the team with great spacing on the perimeter. Nicolo Mannion of the Golden State Warriors should then have free rein to attack the paint, and it is something he was great at doing during the qualifying campaign, averaging close to 18 points per game.

The German roster does boast a couple of NBA players in Isaac Bonga and Moritz Wagner, with Wagner leading their scoring ranks in the qualifiers. However, he averaged only a touch over 14 points per game, and with what we have seen from him in the NBA, he is not someone you can give the ball to and rely on to score. That could really hurt the Germans, especially at the end of games, and I see Italy pulling away late and covering the spread.