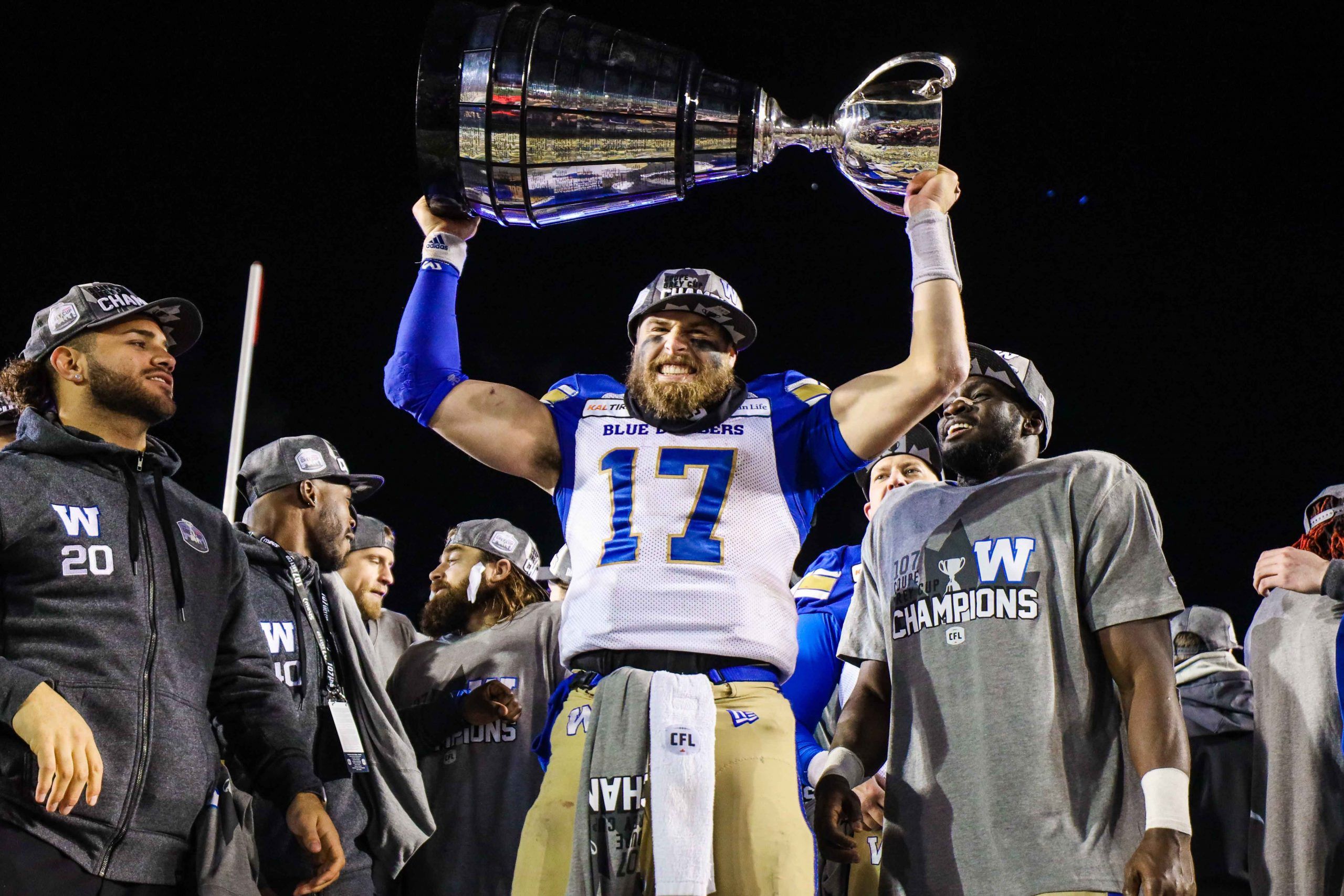 I'm an NFL handicapper here at Pickswise who was raised in a household full of sports fanatics. Since I unfortunately never had LeBron James' jumping ability I wasn't able to make it to the NBA, and chose writing about sports as the next best thing. An avid sports bettor myself, I'm excited to get to write about the industry as it gets set to take off across the country. Buckle up.
Updated: 6:18 AM ET August 03, 2021

The 2021 NFL season is right around the corner, and we can’t wait. But the NFL isn’t the only professional football league about to start. That’s right, the CFL is coming back as well. Unfortunately, the 2020 season was canceled north of the border due to the pandemic, meaning we haven’t seen any CFL action since the 2019 Grey Cup.

The CFL might not be familiar to most American bettors, but that’s alright. Since the betting volume isn’t nearly as large as in the NFL, there can often actually be better opportunities for value in the CFL since oddsmakers aren’t as sharp at setting the lines.

The Winnipeg Blue Bombers will be looking to defend their Grey Cup title when the season kicks off on August 5. Let’s start by looking at the odds to win it all, courtesy of DraftKings:

Despite being the defending champions, the Blue Bombers don’t have the lowest odds. That honor belongs to the Hamilton Tiger-Cats, who had the best regular-season record during the last campaign. This is as unpredictable of a futures market as you’ll likely ever see, since so much time has passed since teams took the field.

There have been two whole drafts, and two whole free agencies, so there’s been a lot of roster turnover. This season will also be a bit shorter than usual. Due to the late start, there will now only be 14 regular-season games for each team instead of 18.

Now let’s get to the fun part, a couple of best bets: 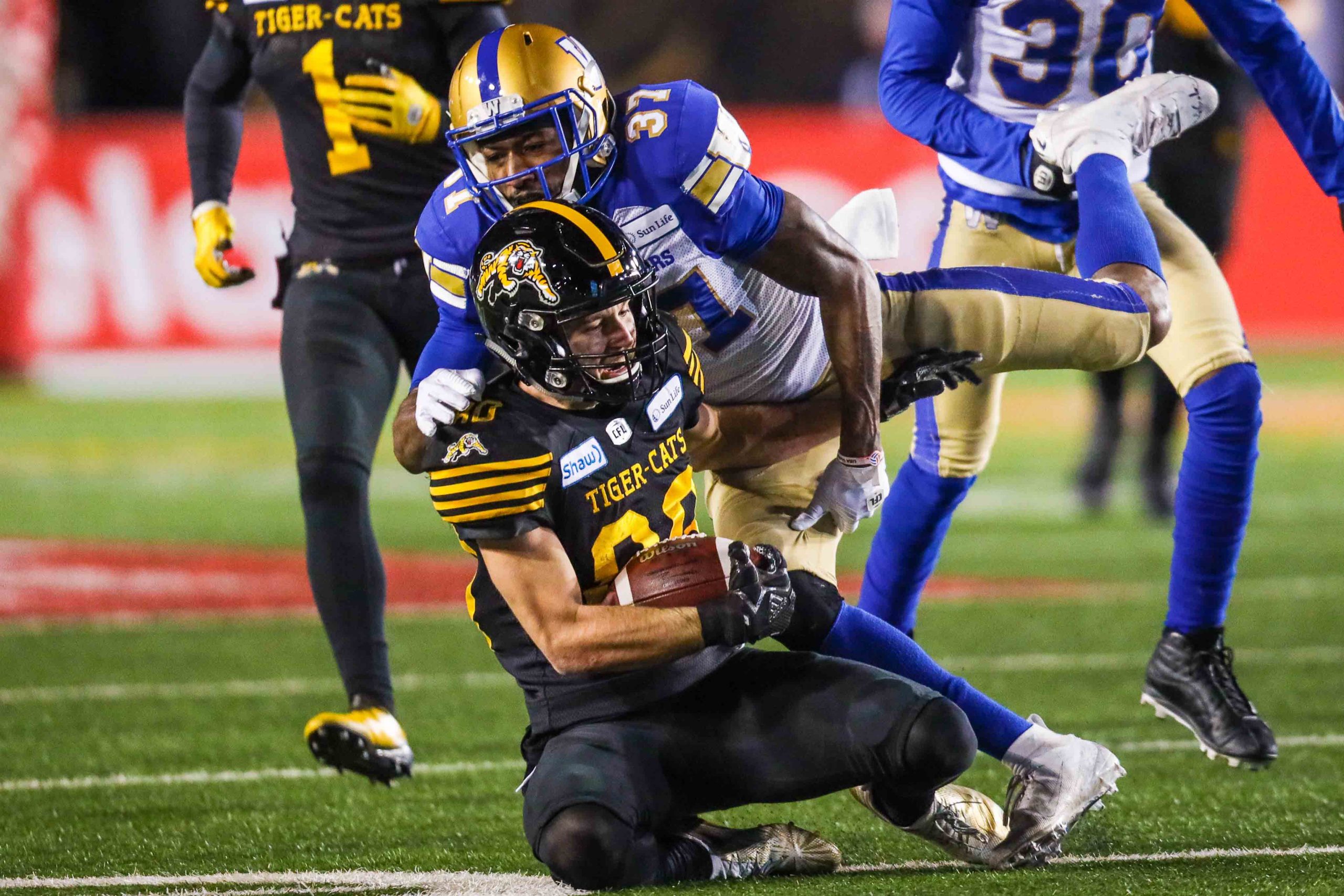 It’s the popular pick, but it’s also the right one. The Tiger-Cats were the best team in the league in 2019, and it wasn’t all that close. They went 15-3 while no other team had more than 13 wins, and they had by far the best point differential in the CFL. They came up short in the playoffs, but they were still the runners-up.

If anything, coming that close and failing will only motivate them for this season. Hamilton will also host the Grey Cup this year, giving them a potential advantage in the big game should they make it there again. I’m a big believer in quarterback Jeremiah Masoli, and this offense should be just as elite as it was last time around.

Simply put, I don’t see who their toughest challenge is supposed to be. None of the Roughriders, Stampeders, or Blue Bombers scare me much at all. Winnipeg just caught fire down the stretch last season but they were never all that great, as their 11-7 regular-season record included several very close wins.

The Tiger-Cats also have the best defensive front in the league, and as we all know games are often won in the trenches. If +350 isn’t enough to excite you, there is one CFL longshot that I like a lot as well…

While Hamilton is the best team, there’s a lot of value with Edmonton. The fact that they’re lumped in with the Redblacks to have the highest odds of any team is a bit ridiculous. Edmonton was nearly a .500 team in 2019, they went 8-10 but actually had a positive point differential.

Ottawa on the other hand went 3-15 and had a -252 point differential. The 5-13 BC Lions somehow are considered better than Edmonton. The Elks were decent enough last time, and that was even with stud quarterback Trevor Harris missing a handful of games due to injury.

Now they’ve added two receivers, CFL All-Star Derel Walker and ex-NFLer Armanti Edwards, to an already great passing game. This offense has the potential to be the best in the league if things go as planned, so getting them priced like the worst team in the league is a steal.

Excited for the return of football? Pickswise is the home of free Expert NFL picks and NFL odds. Be sure to check out all of our season previews and NFL futures bets leading up to the 2021 NFL season.