2021 NFL schedule release: Brady back to New England in Week 4 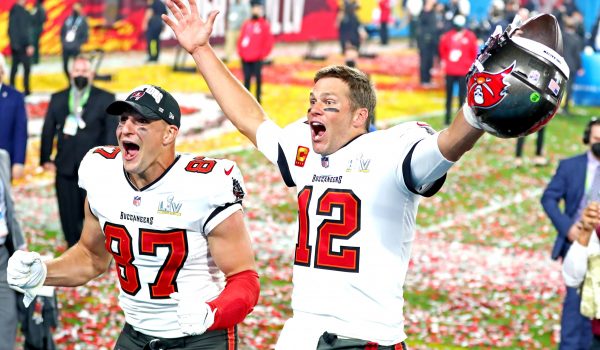 As if the NFL Draft did not sufficiently whet your appetite for the upcoming football season, the 2021 schedule was released in full on Wednesday night. Now we can really start looking ahead to the upcoming campaign, and not just by mindlessly going through a team’s schedule and assigning “W” “L” “W” “W” “L” like some fans are known to do right when it comes out. No, let’s really dive into the highlights for the league as whole.

Of course what immediately jumps out is Week 1, a slate that was revealed earlier on Wednesday prior to the whole thing. Matchups between playoff teams are the Pittsburgh Steelers vs. Buffalo Bills, Seattle Seahawks vs. Indianapolis Colts, Cleveland Browns vs. Kansas City Chiefs, and Chicago Bears vs. Los Angeles Rams. Bears-Rams is set for Sunday night, while Monday Night Football pits the Baltimore Ravens against the Las Vegas Raiders. The other primetime matchup—season-opening Thursday Night Football—features the Super Bowl champion Tampa Bay Buccaneers playing host to the Dallas Cowboys.

Another noteworthy opener is the New York Jets visiting the Carolina Panthers, as Carolina quarterback Sam Darnold faces his former team. Also watch out for Justin Herbert and the Los Angeles Chargers battling Chase Young and the Washington Football Team. An AFC East showdown between the Miami Dolphins and New England Patriots should also be worth a look.

In addition to Week 1 lines being out, odds are also available already on the Buccaneers’ Week 4 visit to the Patriots. Yes, it’s Tom Brady going up against his former team–and doing so as a reigning Super Bowl champion. It will be the second of back-to-back road games for Tampa Bay, which will travel to the Rams in Week 3. New England will be coming off AFC East dates with Miami and the Jets plus a Week 3 contest against the visiting New Orleans Saints. Brady’s Buccaneers are currently -3.5 road favorites over the Patriots.

The schedule is out.

So which game immediately stands out? (via @nflnetwork)

The NFL’s London series resumes one week later, when the Jets meet the Atlanta Falcons on Oct. 10. In Week 6 (Oct. 17), the Dolphins will run into the Jacksonville Jaguars. That means each of the top two picks in the draft will be taking their talents to London. Former Clemson QB Trevor Lawrence was the No. 1 overall selection of the Jaguars, while former BYU signal-caller Zach Wilson went one spot later to the Jets.

Lawrence is a +300 favorite to be NFL Offensive Rookie of the Year. Wilson is a +700 fourth choice, also trailing Bears quarterback Justin Fields and San Francisco 49ers quarterback Trey Lance.

Finally, the entire primetime schedule is always something to note. Here are a handful of especially notable games getting national-TV billing in the marquee slots:

NFL 5 days ago
Who will win Super Bowl 56? Odds, breakdown and best bets: Ravens ready to reach top of the mountain