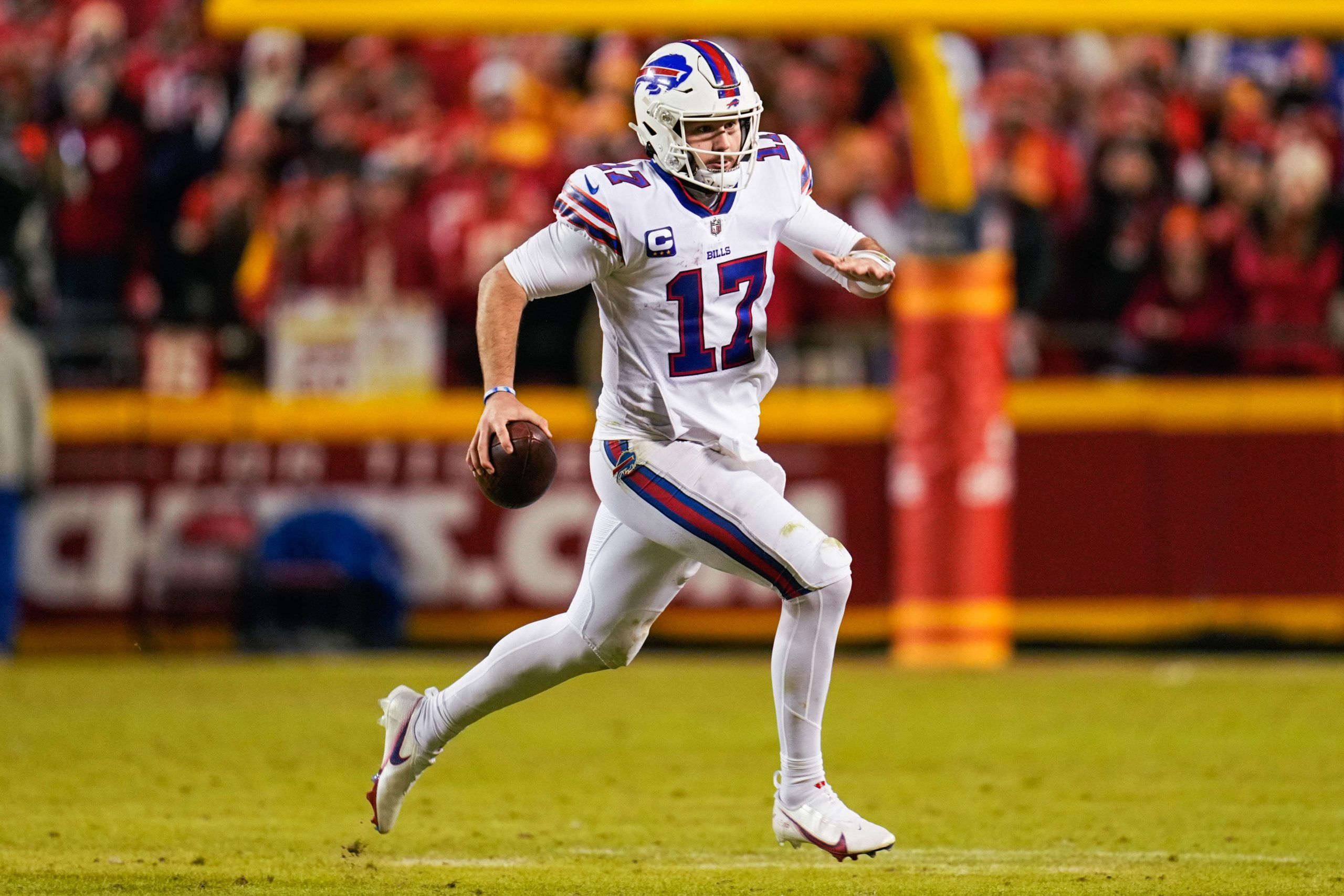 It was an excellent regular season for Josh Allen and the Buffalo Bills in 2021, but one coin flip virtually ended their 2021 campaign. The Kansas City Chiefs won the coin toss in overtime and scored to win the AFC Championship. It was a gut-wrenching loss for Buffalo, and with even higher expectations in 2022 Allen has a lot to live up to.

Allen has thrown for at least 4,400 yards in back-to-back seasons, but it has come down to the last game both times. Allen threw for 4,544 yards in 2020 (16 games) and then 4,407 last season (17 games) — just barely going over this year’s set total. Some might be surprised that his total is set lower than Tom Brady’s, Justin Herbert’s or even Derek Carr’s, but it’s important to remember Buffalo isn’t the most pass-friendly stadium during football season. Five of the Bills’ final 9 games of the season will take place in Buffalo during October, November and December. Essentially they will be playing in a lot of cold-weather games, which isn’t the best for passing. They will also play in New England and Chicago in those last 9 games, so they won’t have many warm conditions after the first half of the season.

For his receiving corps, Allen has a solid group made of Stefon Diggs, Gabriel Davis, Jamison Crowder and Dawson Knox, but the Bills lack talent at receivers after those 4. Diggs will continue to be Allen’s favorite target to get downfield and Knox should once again be the red-zone threat, but with all things considered, Allen probably won’t throw for over 4,400 yards. I expect him just below at around 4,200 to 4,400, so I’ll take the under on this bet

The Bills’ quarterback threw 36 touchdowns last season, just narrowly above this 2022 line. In 2021 he tossed 37 TD strikes. It will likely come down to Week 17 to see if Allen will go over or under this total, but as long as he stays healthy he should once again throw for at least 36 scores. In 2021, the Bills scored on 66.28% of red zone opportunities, the highest rate in the league. Some of that success was thanks to Devin Singletary, but the majority was because of Allen’s accuracy in the red zone — and his legs.

At 6’5” and 237 pounds, Allen is one of the biggest quarterbacks in the league. He is also one of the most athletic play-callers in the league and is a threat to run, as he did a lot in 2021. Allen totaled 763 yards on the ground last season and I expect him to be on the move a lot in 2022, so that allows Buffalo to extend drives and gives Allen more chances at throwing touchdowns.

Allen is the favorite to win NFL MVP in 2022 at both DraftKings and FanDuel, but you can still find his odds at +700. The Bills are projected to have a top-three defense this season, and if Allen can improve on his 2021 season then they will be one of the toughest teams to beat. Allen has a real a chance at this award, so getting him at +700 odds at FanDuel or DraftKings right now appears to have great value.

As mentioned above, I’m sticking with Allen to record 36 touchdowns for his third season in a row. Buffalo does have one of the tougher schedules in the league, but that’s one of the only drawbacks to this bet. Diggs and Knox will continue to be Allen’s favorite targets, and Singletary will have a larger role at the line of scrimmage this season for dump passes. I believe Allen will build off his 2021 season and once again be a top quarterback in the NFL, while throwing nearly 40 touchdown passes.