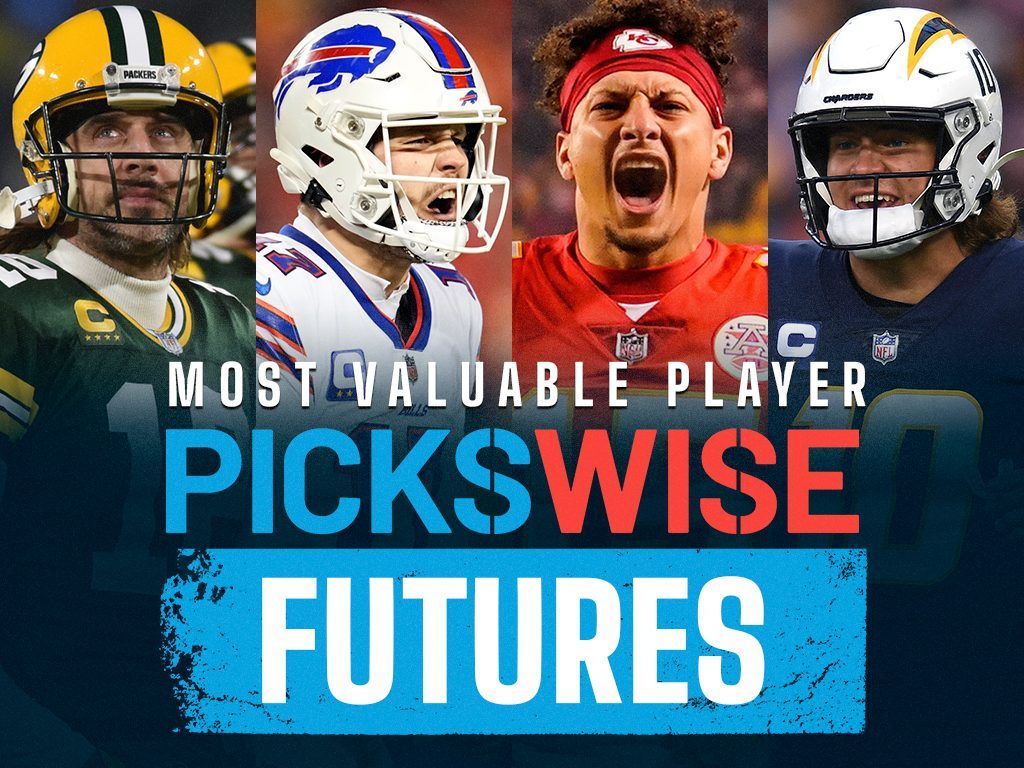 The 2022 NFL season will be here before we know it. The marathon battle for the Lombardi Trophy begins on September 8 with Thursday Night Football featuring the Buffalo Bills and Los Angeles Rams. Could that be a potential Super Bowl preview? It’s quite possible.

With most of the offseason moves in the rearview mirror, it’s time to discuss the futures market for the MVP award. This is a competitive market at the top, which makes looking into a longshot an attractive option. Let’s take a look at the odds and best bets to make before the season starts.

It’s no secret that the MVP has become an award primarily given to quarterbacks over the years. In fact, a quarterback has won the award in each of the past 9 seasons. Only once since 2007 has a non-quarterback won, when Adrian Peterson took home the trophy in 2011. So it goes without saying that targeting a QB to win this award is your best option. But there are a couple of options to steer clear of.

Considering that Aaron Rodgers has won the award in consecutive seasons, it is a little surprising to see his price at 10/1. However, without the services of Davante Adams, the Packers QB should take a step back in 2022. Another quarterback to stay away from is Dak Prescott, whose odds seem overpriced considering the loss of Amari Cooper and the possibility of the Cowboys leaning on their running game this fall.

This isn’t a unique pick, but Josh Allen is the favorite for a reason. Buffalo has been gradually getting better each season, with last season’s playoffs marking a new high in Allen’s young career. The young gunslinger has already thrown for over 4,400 yards and 35+ touchdowns in each of the past 2 seasons, while leading his team to double-digit wins in each of the past 3 seasons. Allen has also shown a propensity to be a dominant force on the ground, averaging over 6 yards per carry and 6 touchdowns last season. After a disappointing playoff exit, Allen and the Bills should play with a chip on their shoulder in 2022.

Losing Brian Daboll hurts, but new OC Ken Dorsey has worked with Allen for 3 seasons, making him a solid replacement. More importantly, the schedule isn’t daunting in the slightest. Buffalo should coast through an AFC East that hasn’t shown an ability to stop Allen and Stefon Diggs in recent years. The Bills are projected to win 12 games this season, which would likely give them the best record in the AFC. If Buffalo can grab the No. 1 seed, it’ll likely be a result of a brilliant season from the quarterback. This year feels like Allen’s time to ascend to league MVP.

When looking for a longshot, it still makes sense to target a quarterback. It’s still extremely unlikely that a running back or wide receiver wins the award, and a defensive player is essentially out of the question. With that being said, why not place a bet on a previous MVP winner at 20/1 odds?

Coming off a season of injuries and a missed playoff appearance, Lamar Jackson is a bit undervalued heading into this campaign. The Ravens upgraded their offensive line and key positions on defense, meaning that they’ll be able to control games like they did in Jackson’s first few seasons as a starter. Furthermore, Jackson’s numbers were downright stellar in his 2019 MVP season, and the year that followed. In those two seasons, the Louisville product threw for a combined 62 touchdowns, while rushing for over a combined 2,200 yards and 14 touchdowns.

Jackson struggled at times last season, but the Ravens were ravaged by injuries and not playing with a full compliment of NFL personnel. As long as he can stay healthy, Jackson’s dual-threat capabilities should see him put up gaudy numbers this fall.

Find out our picks to win Super Bowl 57, including a +4500 longshot