HomeAnalysisNFL Analysis2022 NFL season predictions for the team with the worst regular-season record: Texans in trouble

2022 NFL season predictions for the team with the worst regular-season record: Texans in trouble 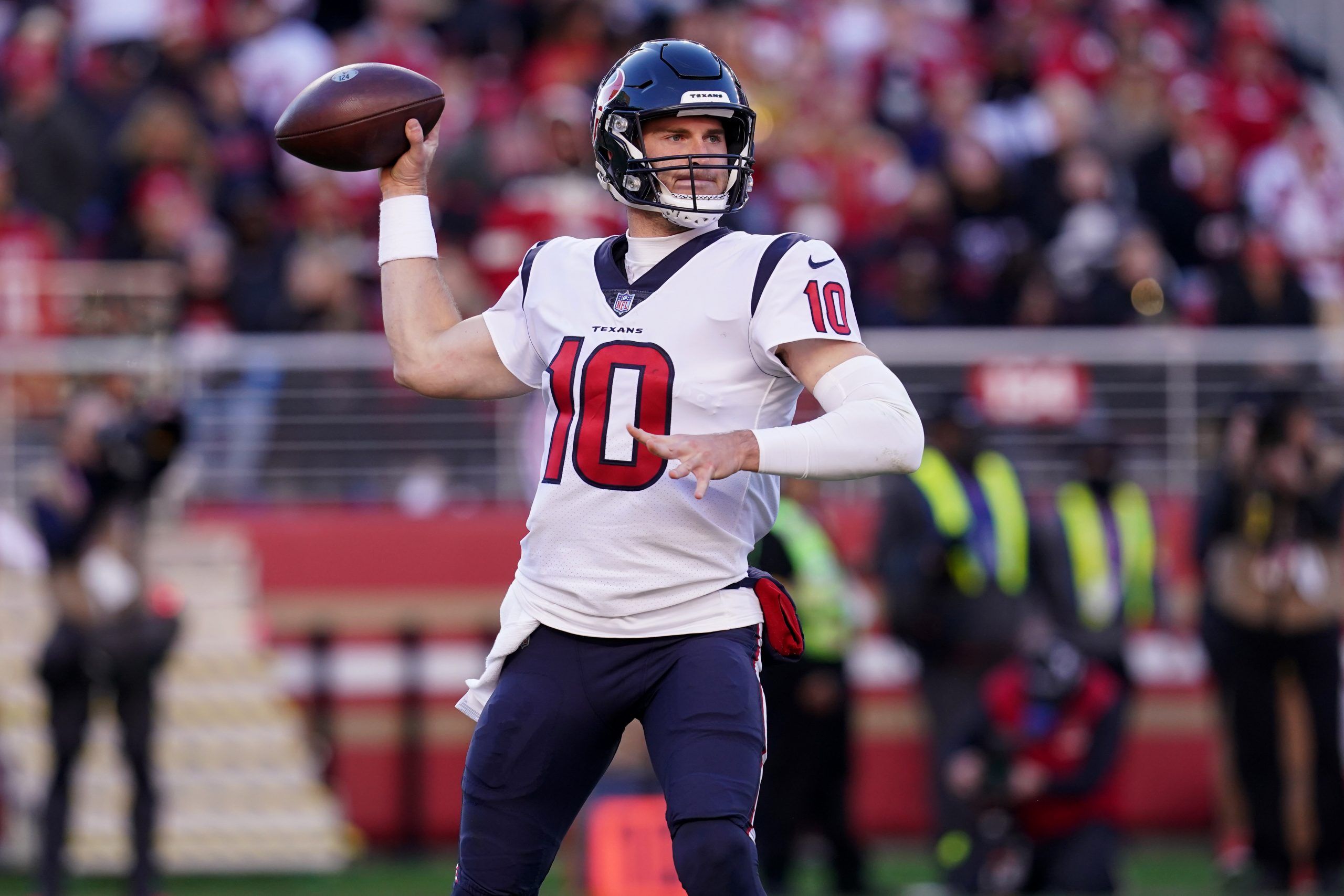 NFL training camps are really getting going now and players are dreaming of playoff wins and Super Bowl glory. For most teams, things won’t work out quite as they are planning, though, and someone has to finish with the worst record each year. That’s the betting market we’re looking at here: predicting the team that will finish with the worst regular-season record in the NFL. It comes with its own consolation prize of the first pick in the 2023 NFL Draft, of course, unless the team in question had planned poorly and already traded away that pick!

So, which teams should we be targeting? The history books suggest that any team that had a winning record last year should be safe. The last team to end up with the first pick after a winning year the season before was the Houston Texans in 2013, when they somehow managed to follow a 12-4 year by going 2-14 — after a 2-0 start! The Cardinals’ 3-13 year that handed them the first overall pick which they used on Kyler Murray came off an 8-8 season, but every other recent backmarker team had also had a losing record the year before.

These things can happen in pairs, too, as it can take more than a year to turn things around, even with high draft picks to use. The Browns went 1-15 and 0-16 in back-to-back years, while the Jaguars have been the NFL’s worst team for 2 straight years, even though they improved from 1-15 to 3-14 last season in the Urban Meyer debacle.

A year is a long time in the NFL, and while the Jaguars were +1300 fifth-favorites to have the worst record last year, the fourth favorites were the Super Bowl-bound Cincinnati Bengals at +1100!

Let’s take a look at the latest odds and the best bets to be made.

There’s a clear group of 8 teams at the top of the market, and all of them match the profile we want of a team with a losing record last year. The Steelers are the first team that could be ruled out on that argument, although they have an extremely cloudy picture at quarterback after the retirement of Ben Roethlisberger. History suggests we shouldn’t be looking too far down the list for the league’s worst team.

Read our best bets and analysis for the Super Bowl

The Texans were happy to be the beaten favorites in this market last season, when they overachieved by winning 4 games, even though they suffered 8 straight losses from Weeks 2 through 9. They managed to sweep division rival Jacksonville, whose meltdown started with their Week 1 loss to Houston, and the Texans generally put in a fair effort for head coach David Culley, who was controversially fired despite doing better than many expected.

New coach Lovie Smith has an overall winning record in the NFL at 89-87, but his last winning season was in 2012 with the Bears and he had 5 losing seasons and a 17-39 record in college football with Illinois in-between.

Davis Mills looked pretty decent at times after original starter Tyrod Taylor was injured, but there’s a real absence of talent on both sides of the ball and the Texans really have to be in the mix for the worst record this year. DraftKings has the Texans at just +275 odds, so the +350 at FanDuel is worth taking.

The Seahawks would have been a clear candidate for this spot, but at just +750 odds, they don’t really qualify as a longshot. It does seem as if they wouldn’t be too upset at getting a high draft pick in next year’s QB-rich draft (they also have Denver’s pick) as they look to replace Russell Wilson, and they are heading into the season with an unappealing choice of Drew Lock and Geno Smith as their starter.

Wild-card candidates include the Browns, should Deshaun Watson end up missing the whole season, but their stacked roster could win plenty of games with Jacoby Brissett. A host of teams could wind up contending for this award if their starters suffered a major injury, as quality backups are hard to find. The Giants could be a nice price, but their schedule gives them every chance of stumbling into a few wins.

Having said that, the Seahawks’ odds weren’t big enough at +750, so we’re going to push the definition of longshot a little and take the Bears at +1000. Their 6-11 season in 2021 included a run of 8 losses in 9 games in the meat of the season, and while Justin Fields, David Montgomery and Cole Kmet have talent on offense, there’s very little to like about their roster as a whole.

What are the odds on any NFL team going 0-17 this season?