Best Bets for UFC on ESPN 12 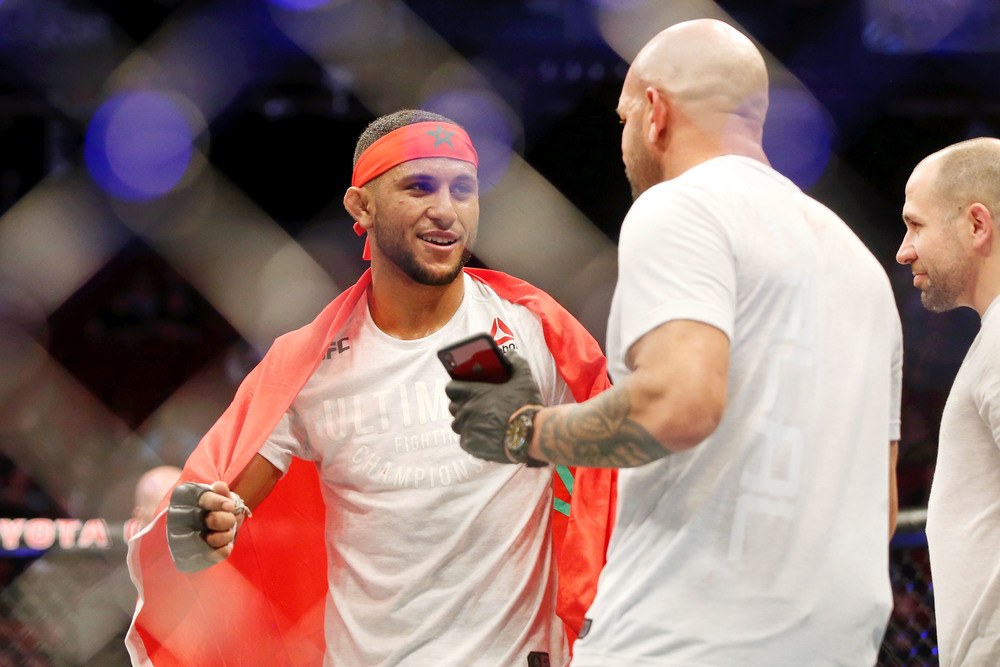 Another Saturday, another full card of UFC action at the UFC Apex in Las Vegas, Nevada.

Here are a few best bets to consider for this weekend, which include fights on the preliminary and main card. I would also recommend checking out our two-fight parlay that pays +100.

First up on the main card at UFC on ESPN 12 will see Sean Woodson take on Julian Erosa. Note that Erosa is replacing Kyle Nelson in this bout as Nelson had Visa issues and had to pull out. Woodson comes into this fight 7-0 in the MMA and 1-0 in the UFC. His UFC debut came back in October of 2019, where he won by unanimous decision against Kyle Bochniak. Woodson is a pure striker, averaging 7.4 significant strikes per minute. Woodson has also gone the distance in majority of this fights as well, so stamina should not be an issue here either. His opponent, Julian Erosa will make his return to the UFC after having had struggles in the top promotion in the past. Now taking this fight on such short notice, Erosa will likely be at a disadvantage. While I do not expect Erosa to roll over, I believe Woodson will be too much. That is why I like Woodson via decision to get the job done.

Our third fight on the main card at UFC on ESPN 12 will see Brendan Allen take on Kyle Daukaus. This is set to be a fight in the UFC Middleweight division. It will also mark the UFC debut for Daukaus. Coming in 9-0 in the MMA, Daukaus is looking to make a name for himself early. The most impressive thing about Daukaus so far is his ability to finish his fights. In 9 career fights, he has 8 wins by submission with the other coming by decision. He lands an average of 4.53 significant strikes per minute and has an accuracy of 67%. He can clearly fight on the ground, averaging 2 takedowns per every 15 minutes and 4 submission attempts during the same time period. Even though Daukaus is making his UFC debut, I believe he has the correct skill-set and will come away with a massive victory.

Our second preliminary at UFC on ESPN 12 will see Jordan Griffin take on Youssef Zalal. This will be a fight in the UFC Featherweight division. Zalal made his UFC debut in February of this year, winning rather easily against Austin Lingo. Now 8-2 in the MMA, a win here could see him gain some attention. One slight concern is that Zalal is not much of a striker. He only lands 2.07 significant strikes per minute. That being said, his takedowns are a different story. He is landing an average of 6 takedowns per every 15 minutes. Jordan Griffin may be the more experienced fighter, coming in 18-7 in the MMA however, he is only 1-2 in the UFC. Overall, these guys are pretty evenly matched, however I like Zalal’s takedown ability more, so for that reason I would look his way.

In addition to our best bets, be sure to check out all of our UFC on ESPN 12 expert predictions. Odds correct as of Thursday via DraftKings Sportsbook. Get a sign up bonus up to $1,000 when you use this link to create a new account or see more offers and sportsbook reviews for the best online sportsbooks.